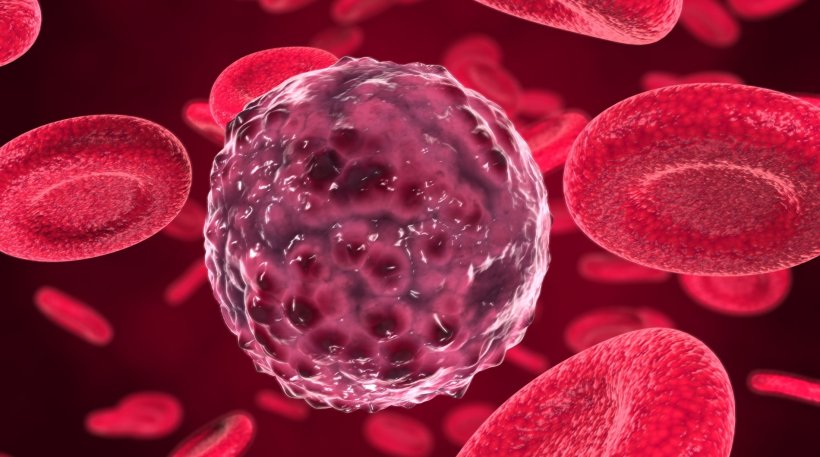 Cancer cell in the bloodstream (illustration): Could tumour cells appearing as platelets be the key to metastasis?

This finding, which was now published in the journal Theranostics, constitutes a paradigm shift in terms of how the metastatic process unfolds, and may contribute not only to a better understanding of the tumour process but also to the development of treatments for intercepting the process of tumour dissemination and, ultimately, the appearance of metastasis.

Metastasis is the leading cause of cancer-related death, due to the release of tumour cells from a primary tumour into the bloodstream, where they can travel to another organ and create a secondary tumour. These cells are known as Circulating Tumour Cells (CTCs) and, despite being known for their prognostic and predictive value as cancer biomarkers, little is known about their biology. CTCs are capable not only of detaching from the tumour mass but also of withstanding attacks from the immune system and colonising distant organs.

Liquid biopsy offers a new dimension to detection and stratification of cancer – yet the technique also faces hurdles in becoming a mainstream diagnostic approach for more personalised treatments. A critical challenge lies in identifying the extremely low concentrations of the bio-analytes of CTC (circulating tumour cells), ctDNA (circulating tumour DNA) and exosomes in the blood.

The team of scientists from ibs.GRANADA , the UGR, GENyO, and the ‘Virgen de las Nieves’ Teaching Hospital in Granada have demonstrated for the first time that platelets are capable of transferring biomolecules such as lipids, proteins, and ribonucleic acid to the CTCs, which helps them to go unnoticed in the bloodstream. In other words, tumour cells acquire part of the configuration of platelets to ‘trick’ the body into believing they are platelets, enabling them to take over other organs. Therefore, this study reveals how platelets can phenotypically, genetically, and functionally modify tumour cells, indicating which ones could play a crucial role in metastasis by interacting with and modifying CTCs.

This research was led by Dr. María José Serrano, researcher on the ‘Nicolás Monardes’ programme at the GENyO Center and in the ‘Virgen de las Nieves’ Teaching Hospital. The study was the result of collaboration with Dr. Pedro Real of the UGR, renowned oncologist Dr. Christian Rolfo of the Center for Thoracic Oncology at the Tisch Cancer Institute, Mount Sinai, member of the external advisory committee of ibs.GRANADA, and Dr. Massimo Cristofanilli of the Robert H. Lurie Comprehensive Cancer Center of Northwestern University.