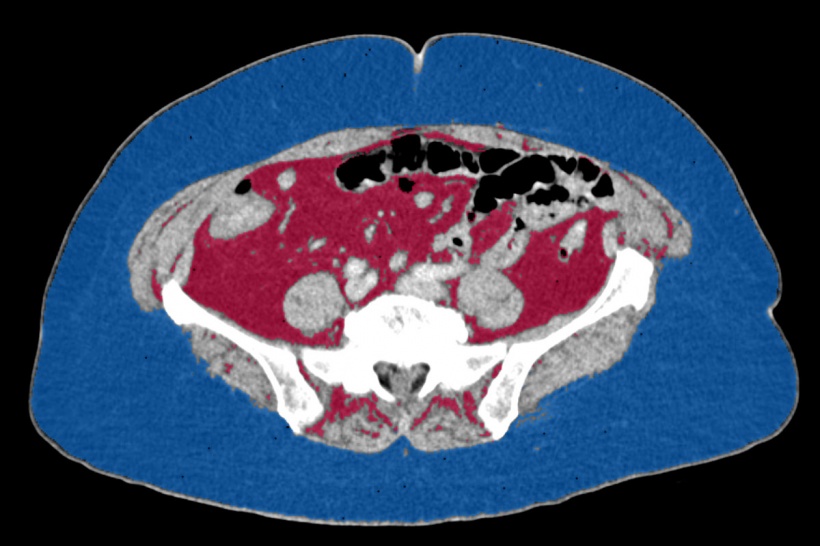 Men and women have very different metabolisms. A tumor growing in a man’s body is in a different environment than one growing inside a woman, so it’s not surprising that the cancers behave differently between the sexes

Half of female kidney cancer patients with substantial abdominal fat at the time of diagnosis died within 3 1/2 years, while more than half of women with little belly fat were still alive 10 years later, the researchers found. For men, the amount of abdominal fat appeared to make no difference in how long they survived. The findings suggest that kidney cancer may develop and progress differently in women than men. “We’re just beginning to study sex as an important variable in cancer,” said senior author Joseph Ippolito, MD, PhD, an instructor in radiology at Mallinckrodt Institute of Radiologyat the School of Medicine. “Men and women have very different metabolisms. A tumor growing in a man’s body is in a different environment than one growing inside a woman, so it’s not surprising that the cancers behave differently between the sexes.” The study is available online in the journal Radiology.

Excess weight is a major risk factor for the development of kidney cancer, but it does not necessarily portend a poor outcome. Rather, the new study suggests that how long a patient survives after diagnosis is linked not to total fat but to the distribution of body fat, at least for women. Most methods of estimating body fat rely on just a person’s height and weight. But not all fat is the same. The kind you can squeeze – called subcutaneous fat – seems to be mostly harmless. But visceral fat, which lies within the abdomen and encases internal organs, has been associated with diabetes, heart disease and many kinds of cancer.

Visceral fat sits too deep inside the abdomen to be measured accurately with a tape measure around a person’s waist. Instead, Ippolito and colleagues analyzed cross-sectional CT scans, which are routinely performed on people newly diagnosed with kidney cancer to measure the size of tumors and to look for metastases. Subcutaneous and visceral fat are located in different areas of the body on a CT scan, making it possible to calculate the proportion of each. The researchers analyzed images from 145 men and 77 women with kidney cancer. The scans were drawn from The Cancer Imaging Archive, a collection of demographic, clinical and imaging data on hundreds of cancer patients.

The researchers found that half of the women with high visceral fat died within 3 ½ years of diagnosis, while more than half of the women with low visceral fat were still alive after 12 years. Women often gain visceral fat after menopause, but the link still held after correcting for age. For men, there was no correlation between visceral fat and length of survival. “We know there are differences in healthy male versus healthy female metabolism,” Ippolito said. “Not only in regard to how the fat is carried, but how their cells use glucose, fatty acids and other nutrients. So the fact that visceral fat matters for women but not men suggests that something else is going on besides just excess weight.”

That “something else” could lie in the tumor cells themselves. Tumor cells prefer sugar as a fuel source, but some have more of a sweet tooth than others. A sugar-hungry tumor typically spells trouble for patients. Using data from The Cancer Genome Atlas, the researchers analyzed the gene expression profiles of tumors from 345 men and 189 women diagnosed with kidney cancer. Both men and women were less likely to survive if their tumor cells had switched on the genes associated with consuming sugar, or glycolysis. Men whose tumor cells exhibited low glycolysis survived an average of 9 ½ years, whereas those with high-glycolysis tumors survived for only six years on average. The researchers found 77 women with matched imaging and gene expression data, so they combined their analyses of visceral fat and glycolysis.

About a quarter of the women had a high amount of visceral fat and tumors whose glycolysis genes were significantly active. Those women survived only two years after diagnosis on average. Strikingly, of the 19 women who fell into the low visceral fat and low glycolysis category, none died before the end of the study, which covered a span of 12 years. There was no group of men with a similarly rosy prognosis. “We found there’s a group of women that’s doing really poorly relative to everyone else, and a group that’s doing really well,” Ippolito said. “Our data suggest that there is a potential synergy between the patient’s visceral fat and the metabolism of their tumor. That can be a starting point to figure out how to better treat women with kidney cancer. We would not have discovered this if we had been looking at men and women together.”

Scientists have identified key changes in immune cells within cancerous tumours that could help improve the development of treatments. The study, which has been published in the journal Cancer Cell,…