With projects underway to validate imaging biomarkers and make them as trusted as pathology, John Waterton, Professor of Translational Imaging at the University of Manchester in England, believes they are set to be increasingly important tools in the development of new targeted cancer therapies. He will outline their rising role in the session ‘Imaging biomarkers in cancer drug development’ on 7th March at ECR 2014.

Ahead of the session Prof. Waterton, who is also Chief Scientist (Personalised Healthcare & Biomarkers) for AstraZeneca, outlined how image measurement can be impacted on by factors such as variations between manufacturers’ equipment or how each radiologist makes measurements, resulting in reluctance among drug developers to adopt quantitative outputs from radiologists without any form of standardisation. Although many imaging biomarkers have been published in cancer research, few are sufficiently robust, routine and well-characterised to be used as routine tools in clinical cancer research. The professor also acknowledged that the qualification and technical validation of imaging biomarkers poses unique challenges not encountered when validating conventional biomarkers measured in vitro with diagnostic devices.

Professor Waterton is a key figure in the Innovative Medicines Initiative (IMI), a €5 billion Joint Undertaking between the EU and European Federation of Pharmaceutical Industries and Associations, which have initiated projects in drug safety, drug efficacy, knowledge management and training, including developing imaging biomarkers for a role in drug development.

The professor’s main project – QuIC-ConCePT, Quantitative Imaging in Cancer: Connecting Cellular Processes with Therapy – is an IMI-funded project designed to qualify imaging biomarkers of tumour cell proliferation, apoptosis and necrosis, and is aimed at trying to standardise and understand imaging biomarkers, particularly FLT-measurement using PET and ADC from diffusion-weighted MRI.

Difficult work on new drugs
‘At ECR I will be discussing problems of validating imaging biomarkers in general,’ he said. ‘There are already two pharmaco-dynamic imaging biomarkers that are trusted and highly-interpretable – FDG-PET and DCE-MRI Ktrans. Our aim is to double that number to four.’

Evaluating a new drug in a comprehensive range of cancers at different doses, schedules and combinations, is a difficult challenge. The aim is to use the pharmaco-dynamic imaging biomarkers to offer a rapid readout to help drug developers decide whether or not to continue work on an investigational drug.

Professor Waterton hopes imaging biomarkers will make drug development more cost-effective, but stresses that will only be so if the outcome of the decision-making biomarker is believed. How, he asked, can you be sure that ‘no change in imaging biomarker’ really means ‘drug is not working?’

He hopes ECR delegates will begin to understand the importance of standardisation of imaging biomarkers across different scanners and different hospitals, as well as the need for biological validation to mitigate the risk of false negatives. ‘The ultimate benefit for patients is that we bring targeted anti-cancer drugs to the right segment of the patient population earlier. Radiologic imaging offers some real opportunities there because unlike pathology we can measure every part of every lesion in almost every anatomic location.

‘Obviously we need to do this cost effectively, otherwise the drug price would be so high that nobody could afford it,’ he added.

Professor Waterton acknowledged that molecular pathology has been hugely successful in personalised care and cancer drug development over the last decade and, although traditional radiologic structural imaging remains a mainstay to assess objective response or progression-free survival, he noted that the success of pathology has ‘eclipsed’ pharmaco-dynamic imaging to a degree during that period. ‘One of the reasons for that is that our measurements - the imaging biomarkers – can be difficult to interpret. What this talk will cover is how we can build radiologic imaging biomarkers that are trusted tools for drug developers so radiologists can play an even bigger part in cancer drug development alongside the pathologists.’

Profile:
Professor John Waterton is AstraZeneca’s Chief Scientist for Personalised Healthcare & Biomarkers and Professor of Translational Imaging in the Manchester Academic Health Sciences Centre, University of Manchester.
He gained his first degree and PhD at the University of Cambridge and, following postdoctoral work in Vancouver and Oxford, in 1980 he joined AstraZeneca (then ICI), where he established the first in vivo magnetic resonance lab outside academia. Over the past 35 years he has deployed MRI and other imaging technologies to support drug discovery. He has a particular interest in the evaluation of imaging biomarkers and their translation into validated tools for decision-making in clinical research and ultimately in patient care.

Molecular profiling is transforming brain cancer management and radiologists must get to grips with the upcoming paradigm that will affect the way they report findings. Renowned neuroradiologist…

Molecular Tumour Board for better decision-making 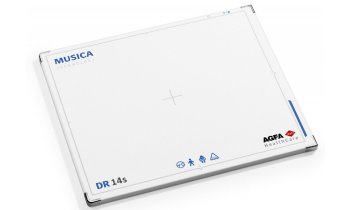