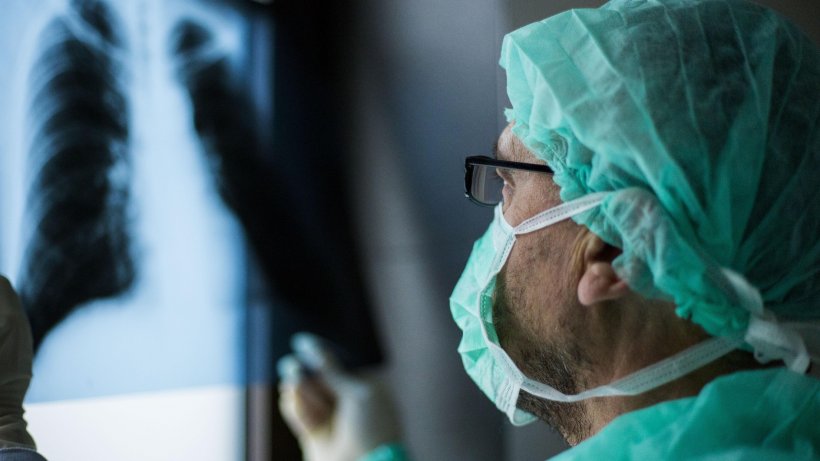 A simplified model of a lung lets the scientists observe how the virus attacks the cells lining blood vessels.

COVID-19 sometimes causes blood clots, although the exact incidence remains a mystery. A recent study indicates that around 10% of hospitalized patients develop this complication. Doctors still aren’t sure why the virus provokes this reaction – in the most severe cases, the blood clots can lead to a stroke. To get more insight into this phenomenon, EPFL scientists have developed a microfluidic chip that models the human lung and replicates part of its structure to study COVID-19 infections The chip can hold lung epithelial cells, blood-vessel cells and immune-system cells, and lets scientists directly watch how SARS-CoV-2 attacks human cells and triggers the formation of blood clots.

Two mechanisms are suspected to be at work. One is an excess production of cytokines, which are proteins that play a role in immune-cell signaling. Coronavirus can cause the “cytokine storms,” which have been much discussed in the news. These disproportionate immune system reactions can damage blood vessels and cause blood clots to form, and are potentially fatal. The other possible mechanism is damage to the interior lining of blood vessels – or the endothelium – in the lungs. The lungs have a lot of this kind of tissue, and when it’s damaged, blood can coagulate easily and form clots.

So which mechanism is the likely culprit? To find out, doctors need to be able to watch how the infection progresses in the lungs hour by hour. That’s nearly impossible in living patients and not very feasible in lab cultures either, since cultures usually contain just one kind of cell and don’t provide a realistic enough representation of the entire lung system.

Scientists in the lab of Prof John McKinney have received the support from the EPFL COVID-19 Task Force. Led by Dr Vivek Thacker, a postdoc in the lab, they have now taken a lung-on-a-chip device and adapted it to model the individual steps in a SARS-CoV-2 attack on the lungs. The device contains microfluidic channels that feed nutrients to cells on the chip, which are arranged to recreate a section of the lungs. More specifically, the chip contains a layer of epithelial cells, or the cells coating the lungs, along with a layer of endothelial cells, or the cells lining the blood vessels. The two layers are separated by a membrane.

After the scientists introduced SARS-CoV-2 into their device, the virus first attacked the outside layer of epithelial cells, just like in a natural infection. Working with Dr Jessica Sordet Dessimoz and her team in the Histology Core Facility, they found that within a day the virus had reached the inner layer of endothelial cells and caused considerable damage over subsequent days.

“There was enough damage to destroy the endothelium and expose blood in the vessels to air, causing clots to form,” says Vivek Thacker. “With our lung-on-a-chip system, we found that the virus may be causing blood clots by attacking the endothelium directly. However, that doesn’t mean that cytokines don’t play a role too and make things worse.” These initial findings have been written up in a paper currently under review.

The EPFL device has revealed a phenomenon that can’t be observed using conventional methods, since SARS-CoV-2 doesn’t proliferate well in endothelial cell monocultures. “Some virus particles have also been found in the endothelium of infected patients, but the amounts are very small,” says Thacker.

The team will next use their lung-on-a-chip with actual blood samples so that they can observe clot formation directly. And that’s not as easy as it sounds – blood coagulates very quickly outside the body, so “we’ll have to be fast and accurate,” explains Thacker. They plan to add an anticoagulant to the samples and then neutralize it just before injecting the samples into the device. The team will work on this complicated procedure in the next few weeks.

Covid-19 infection does not appear to affect the lung function of young adults, according to new research presented at the ‘virtual’ European Respiratory Society International Congress. In the…