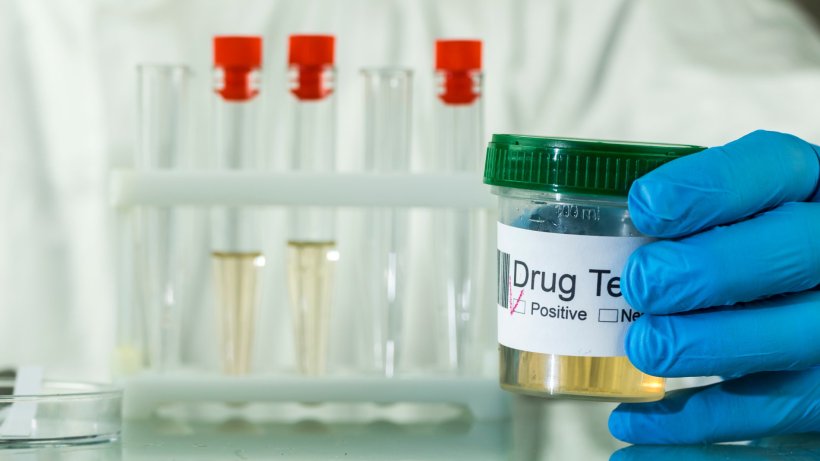 Mass spectrometry, specifically liquid chromatography with tandem mass spectrometry (LC-MS/MS), is a powerful tool for toxicology analysis. Although more labour intensive, more time consuming, and much more expensive than hair and urine tests, LC-MS/MS is recommended for drug confirmation testing following a positive or inconclusive immunoassay screen. It is highly complex and requires significant expertise but provides definitive results due to its superior sensitivity and specificity.

As part of a scientific session on unusual toxicology at the 2022 AACC Annual Scientific Meeting in Chicago, Joe M. El-Khoury, PhD, director of the Clinical Chemistry Laboratory at Yale-New Haven Health and Associate Professor of Laboratory Medicine at Yale School of Medicine in New Haven, Connecticut, discussed the challenges of interpreting complex urine toxicology cases.

When in doubt, mass spec it out

El-Khoury discussed a routine urine test ordered for a patient prescribed opioids and other medications for multiple, chronic, and complex medical problems. Her physician wanted to verify that this patient was not taking additional types of painkillers. The test results were positive for heroine, but other findings were contradictory and confusing. ‘Immunoassay screening may not produce accurate results, because antibodies used in the assays for the targeted drug may exhibit cross-reactivity toward other closely related compounds,’ said El-Khoury. ‘Patients maintained on chronic opioids are often at risk of false positives. The LC-MS/MS test determined that the patient was only taking exactly what she’d been prescribed. When in doubt, mass spec it out.’

He noted that patients taking Suboxone, a drug widely used for treatment of patients with opioid use disorder, are high-risk, and may attempt to stimulate compliance by spiking the pill in urine to pass the screening test. Immunoassays are not specific enough to detect this sample adulteration and patients may get away with it. El-Khoury recommends that quantitative LC-MS/MS testing be the only method used for assessing adherence in patients taking Suboxone. When concentrations of drugs in urine are high, he advised the audience to make sure to rule out pharmaceutical impurities, and to rule out enzyme inhibitors when metabolite patterns are unusual.

Hair toxicology: useful, but not perfect

Jacqueline Hubbard, PhD, Laboratory Director of Three Rivers Diagnostics in Pittsburgh, Pennsylvania, gave deeper insights into hair toxicology analysis. Hair grows an average of 1 cm each month. When hair samples are segmented into sections, it is possible to obtain a detailed historic profile of an individual’s drug exposure over a specified amount of time. However, the accuracy of the analysis may be impacted by ultraviolet light exposure and diffusion of sweat, which may occur at any time. Cosmetic hair treatments may strip analytes or increase environmental contamination. A person with higher melanin may show a greater accumulation of drugs compared to a person with low melanin, so this needs to be considered when testing dark hair.

Hubbard explained that the Society of Hair Testing (SHT) recommends that hair first be segmented prior to decontamination. The Society recommends use of aqueous washes and an organic solvent to remove oil and external contaminants from the hair. But these processes may still be insufficient. Recent research has suggested that such procedures may lead to the swelling of the hair and may promote incorporation of analytes into the hair itself. Cleansed hair samples need to be cut, ground, and pulverized before they are analysed. ‘When drugs are detected in a panel, I recommend metabolite detection to confirm ingestion,’ she said. ‘The detected presence of drugs in hair may be due to ingestion, incidental exposure from contaminated surfaces, impurities found in the drug, and/or decomposition products of drugs.’

‘Hair toxicology interpretation to determine the frequency of use and if a person used specific drugs is not that simple. The amount of drugs detected in hair may not be equivalent to the actual concentration present in hair, and the relationship between the concentration in hair and the amount ingested is not well established,’ cautioned Hubbard.

Indicators for an unstable home

Hair toxicology [...] provided definitive evidence that the mother of the child was a drug abuser, enabling the child to stay with his father. These tests can be invaluable in help keeping vulnerable children safe

‘Drugs in hair are indicative of repeated use and/or exposure, and not of a single use or recent use. Hair as a matrix for toxicology testing has implicit biases, including seeing higher drug concentrations in pigmented versus non-pigmented hair after the same systemic exposure. This test frequently has a longer turnaround time compared to urine tests. But it may be useful to identify if children who have unexplained conditions or may be experiencing developmental delays are living in unhealthy situations,’ she said.

Hubbard described two cases that demonstrate the utility of hair toxicology testing. A malnourished two-year-old girl showing signs of neglect and developmental delays had a negative urine drug screening test for 11 drugs. However, hair toxicology analysis showed that the child had ingested two drugs, including methamphetamine. A two-year-old boy was admitted to a hospital emergency department with acute encephalopathy and seizures. His urine and lab tests were negative, but when the hair toxicology reports became available 30 days later, they had tested positive for exposure to oxycodone and methamphetamine

‘Hair toxicology helped identify an unstable home situation from drug use for both children. For the boy, whose parents were separated, it provided definitive evidence that the mother of the child was a drug abuser, enabling the child to stay with his father. These tests can be invaluable in help keeping vulnerable children safe,’ she concluded.

Joe El-Khoury, PhD, is Director of the Clinical Chemistry Laboratory at Yale New Haven Health in New Haven, Connecticut, and Associate Professor of Laboratory Medicine at Yale University School of Medicine. A fellow of the AACC Academy, his research interests include indicators for monitoring clinical laboratory performance, investigating biomarkers of acute kidney injury and chronic kidney disease, and development of new mass spectrometry-based methods for the measurement of markers in biological fluids.

Jacqueline Hubbard, PhD, joined QualiTox Laboratories, now Three Rivers Diagnostics, in 2022 as its Laboratory Director. Her interests include toxicology interpretations, test utilization, and mass spectrometry. She also serves as an MSACL Practical Training scientific committee member and is actively involved in training new users on mass spectrometry. Her research has also focused on developing and validating drugs of abuse assays, driving under the influence of marijuana, and Covid-19 serology research.

When patients are admitted to a hospital emergency room (ER) it is immediately vital to determine whether s/he has Covid-19. However, with a regular PCR test a result can take up to a few hours.…

Why do Mass Spectrometers need to be Medical Devices?

Clinical biochemistry laboratories face many daily challenges, including managing high sample workloads, managing clinician requests for novel tests, and generating and reporting out results in a…