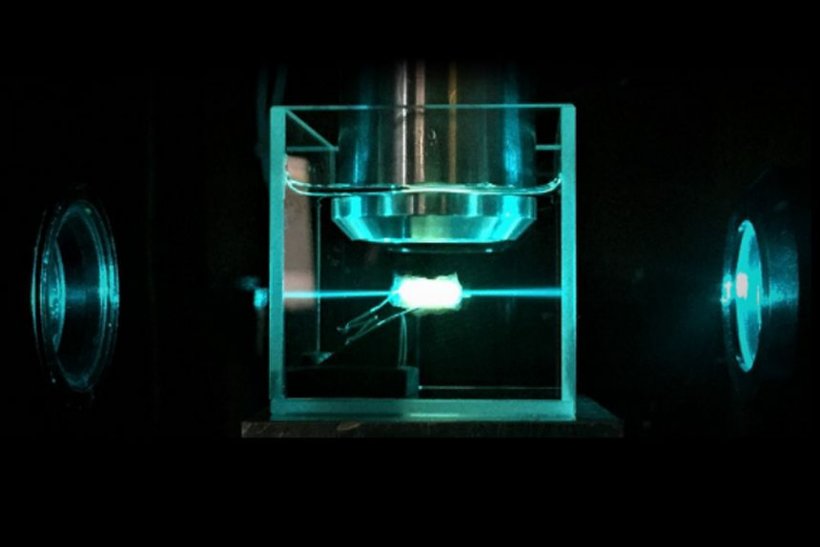 Tumor in the Ultramicroscope: The tumor is illuminated by the light sheet.

After cancer surgery, the crucial question is: Are there possibly cancer cells left behind that can continue to grow, or has the entire tumor actually been removed? To find out, the tumor is examined by pathologists. Until now, thin sections were made which were then analyzed under a microscope. A new technique, developed at TU Wien (Vienna), together with the TU Munich, could now initiate a revolution in pathology: Tumor tissue is made transparent and illuminated with a special ultramicroscope. This makes it possible to analyze all the tissue removed in 3D without the need for slicing up the tumor. That way, the reliability of the diagnosis can be significantly increased. The new technique has now been published in the journal "Nature scientific reports".

Tissue samples that save lives

"Under the microscope you can see whether the removed tumor is surrounded by a seam of healthy tissue," says Prof. Hans Ulrich Dodt from the Institute of Solid State Electronics at TU Wien. "If this is the case, the patient often only needs to recover. If this is not the case, it may be necessary to perform follow-up surgery or additional radiation therapy. Especially after breast cancer operations this happens frequently.” 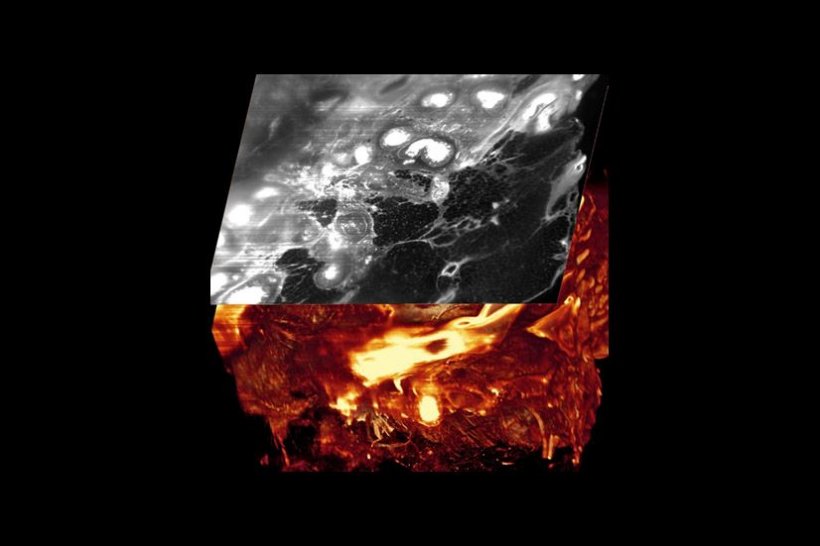 However, with the help of a special technique called ultramicroscopy, it is now possible to make the entire tumor visible in three dimensions - Inna Sabdyusheva worked on this in the context of her dissertation (at TU Wien and the Center for Brain Research at MedUni Vienna). She developed a chemical process to "clear" breast cancer samples - they become transparent, but the structure remains unchanged and the cancer cells can still be recognized.

The transparent sample is then examined under an ultramicroscope. A so-called "light sheet", a thin layer of laser beams, penetrates the tissue. The sample is then analyzed layer by layer, and the computer can then display any section through the tumor, even though it has never been cut up. In this way, insights are gained that were previously impossible: In some tissue samples, for example, milk ducts clogged with cancer cells could be seen.

The chemical process on which Inna Sabdyusheva's work is based was developed at TU Wien by Klaus Becker. A special optical system with which particularly long and thin light sheets can be generated was constructed by Saideh Saghafi in the same research group. This was crucial for the current work - the resolution of this microscopy method depends on how thin the light sheet is.

The investigations were carried out in close cooperation with the Pathological Institute of the TU Munich, which also provided most of the tumor pieces from breast cancer operations. The Clinic for Surgery at Vienna General Hospital also provided pieces of other tumor types. 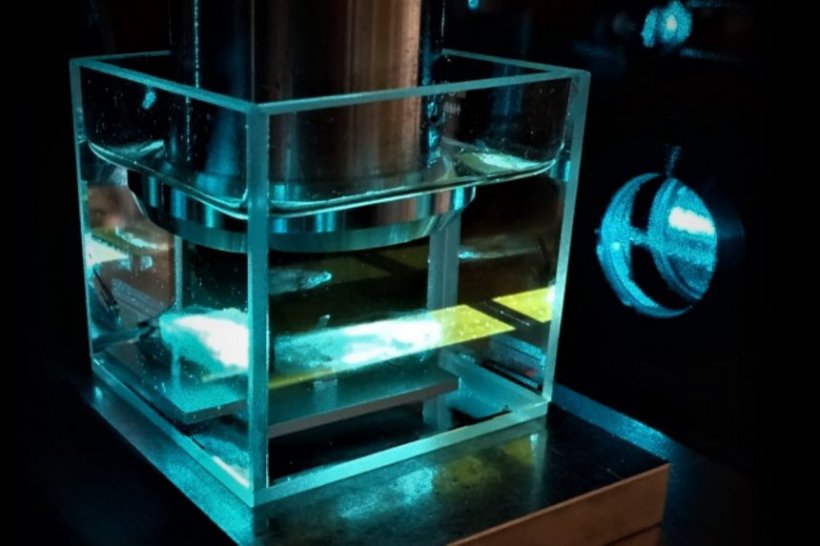 "We are convinced that this method will revolutionize pathology," says Hans- Ulrich Dodt. "In less time than before, greater reliability in examinations can be achieved. In addition, the new 3D method should also provide completely new insights into cancer development in the future. Since it is now possible for the first time to display the spread of cancer cells in human surgical specimens in three dimensions, understanding of tumor biology should also make significant progress.

The new 3D tumor microscopy should make work in pathology much easier. "Instead of inspecting a large number of histological sections under the microscope, pathologists will in future be able to scroll through the images with the mouse, similarly to how radiologists are working today," says Hans-Ulrich Dodt. The enormous amount of image data that is generated in the process also opens up completely new opportunities in the field of artificial intelligence, believes Dodt: "Perhaps such computer programs could speed up and simplify tumor diagnostics in the future.”

A pen to pin down the fringes of cancer

Mass spectrometry – a powerful tool for analysing the molecular composition of a tissue sample – is invaluable during cancer surgery. However, mass spectrometers are complex and unwieldy, and…