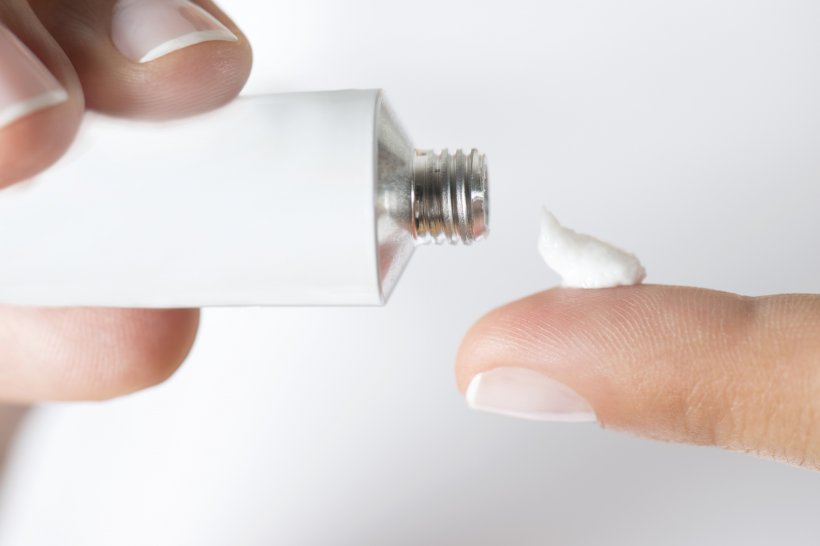 Is skin cream with metal contents safe to use during radiotherapy? A new study challenges the historical advice against topical skin treatments

Contrary to the advice most cancer patients receive when they go through radiation treatment, topical skin treatments, unless applied very heavily, do not increase the radiation dose to the skin and can be used in moderation before daily radiation treatments. A new study from the Perelman School of Medicine at the University of Pennsylvania found that while 91 percent of clinicians surveyed said they advised patients to avoid these skin treatments and 83 percent of patients surveyed said they’d received this guidance from their doctors, testing showed there was no difference in the radiation skin dose with or without these creams. They published their findings in JAMA Oncology.

Nearly two-thirds of all cancer patients in the United States will undergo radiation therapy as part of their treatment, and as many as 90 percent of those patients will experience radiation dermatitis – a rash or burn on the skin. Both prescription and over-the-counter topical treatments are commonly used to give patients relief, some of which – such as silver sulfadiazine cream – contain heavy metals. However, patients have historically been advised to avoid using these treatments in the hours before radiation therapy to avoid increasing the amount of radiation absorbed by the skin. “This recommendation is a holdover from the early days of radiation therapy, but with the use of modern radiation treatments that can reduce dose to the skin, we hypothesized that it may no longer be relevant,” said the study’s lead author Brian C. Baumann, MD, an adjunct assistant professor of Radiation Oncology at Penn. He is also currently an assistant professor of Radiation Oncology at Washington University in St. Louis. James M Metz, MD, the chair of Radiation Oncology, was the study’s senior author.

The study tackled two key areas. First, it established that it’s still common practice for physicians to advise patients to avoid applying skin care products prior to daily radiotherapy. Second, it largely debunked the myth that their use increases the amount of radiation the skin receives, thus causing more damage to the skin – unless an extremely thick layer of cream is used. For the first part of the study, researchers utilized OncoLink, an online cancer service dedicated to patient and provider education that is run by Penn’s Radiation Oncology unit. They developed a survey to find out what percentage of providers advise their patients to avoid topical agents just before radiation treatments and what percentage of patients say they received that advice. Of the 105 doctors and nurses who said they regularly manage radiation dermatitis for their patients, 96 of them (91 percent) said they regularly tell patients not to use skin creams during the hours before radiation treatment. On the patient side, 111 out of 133 respondents (83 percent) said they received the advice from their healthcare providers.

To address the question of whether these topical agents really do increase the dose of radiation to the skin, Researchers used optically stimulated luminescent dosimeters (OSLDs) – a common device for measuring the amount of surface radiation absorbed with each dose. They used three squares of paper: one with nothing on it, one with a layer of the petroleum-based over-the-counter ointment Aquaphor, and one with silver sulfadiazine cream, which is only available by prescription. They placed the squares of paper in the beam’s path and measured the absorbed radiation dose with OSLDs. They ran the experiment with varying degrees of thickness for both products. While the surface dose did increase when a very thick layer of the topical agent was applied, researchers found no increase in the surface dose with a moderately thick layer. “Based on the results of this study, the use of topical agents just before radiation therapy can be safely liberalized, which may improve quality of life for patients undergoing radiation therapy, but very thick applications of topical agents just before radiation therapy should still be avoided,” Baumann said.

Patients with early stage pancreatic cancer could be given longer to live if they receive radiotherapy at a high enough dose, according to research presented at the ESTRO 36 conference.

Researchers at Mount Sinai have developed a novel approach to cancer immunotherapy, injecting immune stimulants directly into a tumor to teach the immune system to destroy it and other tumor cells…