A study published in Frontiers in Neurology provides a new way to accurately diagnose Parkinson’s disease. The researchers developed an automated system to measure pen speed and pressure during a simple spiral sketching task. By analyzing how long it took volunteers to draw a spiral and how hard they pressed on the paper with the pen, the researchers could not only tell which volunteers had Parkinson’s disease, but also how severe it was. 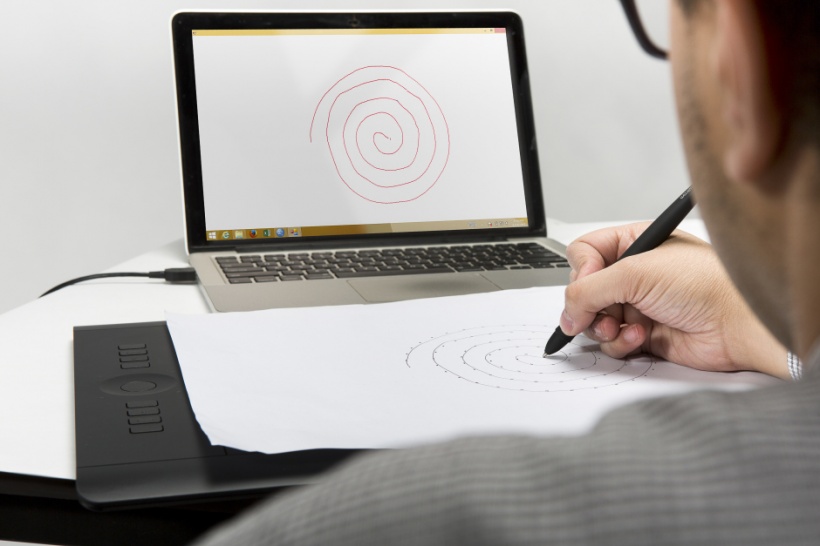 One way to contribute to the diagnosis of Parkinson’s involves getting patients to use a pen. Certain symptoms that appear early in the disease, such as rigidity, can interfere with a patient’s ability to write or sketch. Handwriting can be influenced by a person’s level of education and language proficiency, so a better alternative involves sketching a shape, such as a spiral. One drawback to this approach is that only an expert can interpret the sketches, meaning that routine check-ups at a doctor’s surgery aren’t possible. However, even for an expert, it can be difficult to tell how severe the disease is from the sketches alone, especially at the early stages of the disease.

In the new study, a team of researchers in Australia set out to develop an automatic system to contribute to the diagnosis of Parkinson’s, and to assess its severity, from the comfort of a community doctor’s office. “Our aim was to develop an affordable and automated electronic system for early-stage diagnosis of Parkinson’s disease, which could be used easily by a community doctor or nursing staff,” explains Poonam Zham, a researcher involved in the study.

The researchers developed specialized software and combined it with a tablet computer that can measure writing speed, and a pen that can measure pressure on a page. They used the system to measure pen speed and pressure during a simple spiral sketching task in a sample of healthy volunteers and Parkinson’s patients with different levels of disease severity. In a world-first, the system also mathematically combines pen speed and pressure into one measurement, which the team calls the Composite Index of Speed and Pen-pressure (CISP) score. The system measured slower pen speeds, pen pressures and CISP scores in the Parkinson’s patients, compared with the healthy volunteers, and all three measurements clearly indicated whether a participant had Parkinson’s or not.

This simple device can be used by community doctors for routine screening of their patients every few years after the patients are above middle-age.

On their own, pen speed and pressure were not sufficiently different between patients with different levels of Parkinson’s severity, for the system to distinguish between them. However, using the new CISP score, the system could tell whether the patients had level 1 or level 3 Parkinson’s, using a particular disease severity scale. “The system can automatically provide accurate Parkinson’s diagnosis and could also be used by community doctors to monitor the effect of treatment on the disease,” says Zham. “This simple device can be used by community doctors for routine screening of their patients every few years after the patients are above middle-age.”

Sleep problems could hint at a heightened risk of heart disease, caution experts at the ESC Preventive Cardiology 2022 congress.

Nerve damage in multiple sclerosis can be detected via the concentration of neurofilament light chain in the blood. This could offer valuable information on future disease course and therapy…