The new X-ray technique allows a 3D visualization of the breast with a high spatial resolution and is extremely sensitive to alterations in the tissue, such as those generated by cancer. This technique could be used in the next years in hospitals. It may help doctors to detect tumours with greater precision than is possible using current X-ray mammography. The results of this research appeared on September 17th in the journal ¨Radiology¨.

Breast cancer is the most frequent form of cancer affecting women in industrialized countries, according to the World Health Organization. It is widely recognized that the early detection of breast cancer is directly linked to a successful treatment of the disease.

Although X-ray mammography is currently the most widely used tool in diagnostic radiology, it fails to identify about 10 to 20% of palpable breast cancers. This is because some breasts, especially in young women, are very dense. Therefore, on mammograms, glandular tissues can mask cancer lesions.

Better results are obtained using X-ray computed tomography (CT). CT imaging could produce accurate 3D images of the entire breast, improving the detection of early diseases in dense breasts. However, its use in breast imaging is limited by the radiation dose delivered to a radiosensitive organ such as the breast.

A new CT technique has allowed scientists to overcome this problem. The teams from the Helsinki University Central Hospital, Turku University Central Hospital (Finland), the Radiation and Nuclear Safety Authority (Finland), the University Hospital of Grenoble (France), the European Molecular Biology Laboratory in Hamburg (Germany) and the Biomedical experimental station (beamline) at the ESRF have managed to visualize breast cancer with an unprecedented contrast resolution and with clinically compatible doses.

The researchers, including physicists, surgeons, radiologists and pathologists, used the technique, called Analyzer-Based X-ray Imaging (ABI), on an in vitro specimen at the ESRF, using a radiation dose similar to that of a mammography examination. The dose corresponded to a quarter of that required for imaging the same sample with conventional CT scanner, and the spatial resolution of the ABI images was seven times better.

For the experiment, researchers chose a particularly challenging specimen: a breast invaded by a lobular carcinoma (a diffusely growing cancer), the second most common form of breast cancer, which is also very difficult to visualize in clinical mammography. In this kind of sample, the determination of the extension of the cancer frequently fails in X-ray mammograms and ultrasonographs of the breast.

The results showed that high-spatial-resolution ABI-CT makes visible small-size and low-contrast anatomic details that could otherwise only be seen by the microscopic study of an extracted sample of the breast tissue (histopathology).

“We can clearly distinguish more microcalcifications -small deposits of minerals which can indicate the presence of a cancer- than with radiography methods and improve the definition of their shapes and margins”, explains Jani Keyriläinen, main author of the paper. “If we compare the images with X-ray mammograms and conventional CT images, we can confirm that this technique performs extremely well”, he adds.

Despite having studied only in vitro samples, the team is very optimistic that the technique will be applied in the future in clinics. “The technique does not require sophisticated and expensive synchrotron radiation facilities”, explains Alberto Bravin, scientist in charge of the biomedical beamline at the ESRF. However, “it would not be viable to use X-ray tubes, as exposure times would be too long and this would be incompatible with clinical practice”.

Scientists hope that current worldwide development of compact, highly intense X-ray sources will enable the clinical use of this technique. The Biomedical beamline at the ESRF is directly involved in one of these projects, with the role of developing synchrotron techniques for clinical application on compact sources (e.g. the tabletop X-FEL machine of the Munich Advanced Center for Photonics- MAP).

Once the technique has been confirmed and tabletop synchrotrons are on the market, the progression could be very straightforward. “With these machines it would definitely be possible to apply this technique to clinical practice”, explains Bravin, “and, in this way, contribute actively to a more efficient detection of breast cancer”, he concludes.

At RSNA 2009 GE Healthcare is presenting a big basket filled with trends and innovations for the radiology department: 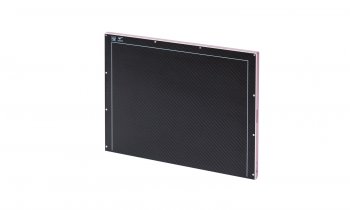