Dr Jaanus Pikani, one of the initiators, talks about the initial difficulties which the genome project encountered and about its potential for Estonian – and possibly worldwide – healthcare.

When the project was launched in 2000, various hurdles had to be overcome. Pikani recalls: ‘Most people were worried about data protection – and this continues to be the case.’ Therefore, the security standards to protect the genome data from misuse were high from the very beginning. Not everything worked well financially, either. Whilst the project (a private-non-profit partnership between the Estonian government with a company called EGeen) initially benefited from the hype caused by reports of the success of the International Human Genome Project (HGP), both the interest and the support from investors markedly waned over time. The project was therefore handed over to the public domain and is now run by the University of Tartu.

Meanwhile the project now comprises the data sets from more than 150,000 people; information such as gender, age, height and weight is stored as well as data on medically relevant factors, such as dietary habits, exercise and smoking as well as individual and family medical history. At the core of the examination is a blood test used to extract DNA. Participants’ leucocytes are also cryo-conserved for later use.

There is a good reason for this foresight, explains Pikani: ‘When we started collecting data for the biobank there was no affordable technology we could have used to carry out genotyping or sequencing.’ However, advances in genetic research now facilitate the evaluation of the data collated.

Population imaging is key to determining disease prediction and risk prevention, and Big Data will be key to extracting information and drawing analysis from imaging results, experts highlighted during the annual meeting of the European Society of Magnetic Resonance in Medicine and Biology (ESMRMB) held in Barcelona in October. Interest in cohort studies has been increasing over the years and…

These datasets not only drive science but also benefit the donors themselves. ‘If a higher risk of developing cancer is found in the genome, for instance, the case is passed to an oncologist and targeted sequencing is carried out.’ This way, in 5-10 years, preventive measures such as mammography screening could become obsolete, Pikani believes. ‘This eliminates the exposure to radiation during an examination, the number of false-positive results will fall, and it also allows us to target younger women who would not usually participate in screening.’

A further aspect concerns pharmacogenomics: ‘A small percentage – around 2% of the population – metabolise drugs either much faster or slower than the rest,’ Pikani underlines. ‘This is often evident from the genes. If such a marker is found, prescriptions must be adapted to avoid under- or overdosing.’ In Estonia, where prescriptions are administered electronically, doctors could also automatically be warned about any such particularities with their patients. 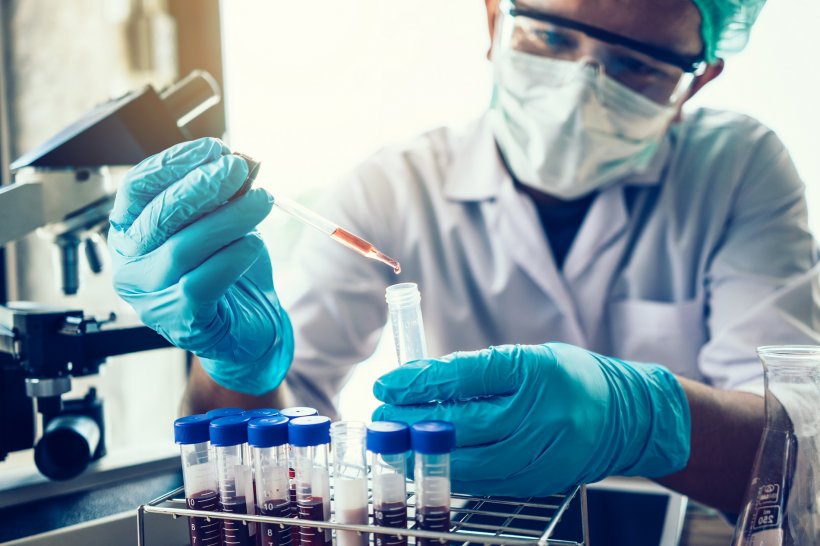 One genome, to take away please!

For many, the knowledge that they are at double or even three times higher risk of suffering a heart attack is a strong enough incentive to do something about obesity or tobacco consumption

Participants of a pilot group can even have their genomic data handed over to them so that, if they wish, they can pass it on for analysis to another health service provider. However, within the pilot project, the genome data for all participants will be screened to find risk variants, and if increased risk is detected the participants will be invited for further investigations. In this case, referral pathways and data exchange between the Genome Project, hospitals and family doctors will be elaborated and tested. ‘We want to find out how this data can be handled in the healthcare system.’ One tricky area is how to handle hereditary diseases, says Pikani: ‘Biobank participants have agreed to the testing – but what about their relatives? Are we allowed to point towards existing risks, or must we, even? We must think very carefully about the ethical consequences.’

Pikani sees a large potential in the genome project: ‘Biomarkers such as BRCA2 can predict the occurrence of certain diseases with high probability – in this case, breast cancer. There are also similar markers for cardiovascular diseases.’ The early detection of such risks can be utilised for effective prevention. ‘Obviously there are some who won’t take the results seriously. But, for many, the knowledge that they are at double or even three times higher risk of suffering a heart attack is a strong enough incentive to do something about obesity or tobacco consumption.’

Doctors must learn to read

The procedure is becoming increasingly more economic, particularly in relation to the possible treatment costs, which can run to several thousand euros in some cases

Until a comprehensive introduction is achieved, general practitioners (GPsfamily doctors) will need to receive thorough training in how to handle genomic data to ensure that they can interpret it correctly. The development of a technological infrastructure to handle the data in a lawful manner is also planned. Funding from the European Structural Funds is to be made available for this.

Pikani, who hopes to capture the entire Estonian population in the near future, says: ‘If we gain 100,000 citizens a year, we will have achieved this objective in only ten years.’ As the project is publicly financed, the population must be convinced. ‘The procedure is becoming increasingly more economic, particularly in relation to the possible treatment costs, which can easily run to several thousand euros in some cases.'

Many nations will be watching the genome project with great interest, but it is no coincidence that Estonia is a trailblazer. ‘We are very open-minded towards new technologies; for instance, we have been able to vote electronically for the last 15 years,’ Pikani points out. The fact that the entire population is only 1.3 million also favours the implementation of a national project. If the concept succeeds in Estonia, Pikani foresees that implementation in other countries, and on a larger scale, may well become an option.

Dr. Jaanus Pikani will present "Clinical Ecosystem Estonia" at the XPOMET on October 10, 2019.

Dr. Jaanus Pikani is chairman of the Tartu Biotechnology Park and the Life Science-, Bio- and Health-Tech-Meta-Cluster Organisation ScanBalt. As an entrepreneur and health advisor he also works for the World Bank and the WHO. Dr. Pikani is one of the initiators of the Estonian Genome Project.