Interest in cohort studies has been increasing over the years and population imaging is on the verge of becoming a major medical topic, according to radiologist Professor Fabian Bamberg from Tübingen University. ‘Most of our services are based on delivering care to people who are already sick, but a more meaningful approach would be to identify subjects who are at risk for early disease or death at a very early point in time, to modify lifestyle, medication, and just prevent the future development of disease. Ideally, we’d assess genetic determinants right at birth and act accordingly,’ Bamberg suggests.

I’m convinced that, between determinants and outcome, there is something else to disease

For 15 years the professor has been involved in improving and developing imaging tools. While knowing the determinants – genetic, physiological and environmental information – and outcomes, cancer, dementia, etc., is a key, the issue remains the determination of what occurs in the meantime. ‘We don’t really know what’s in between. I’m convinced that, between determinants and outcome, there is something else to disease, and imaging is a powerful mean to assess and quantify it, and come out with a more individualised risk assessment over time – and this is due to new achievements in MRI.’ MRI can provide new information, but researchers need large data to derive these parameters. Cohort studies can help prove that those imaging biomarkers are really predictive for the occurrence of disease over time.

Famous studies have already stressed the power of population imaging. The Framingham heart study, which observed 3 generations between 1948 and 2017 to predict the occurrence of cardiovascular disease, has helped identify various risk factors, such as high blood pressure, increased cholesterol, diabetes, smoking and family history, by notably using imaging. More recently, the Rotterdam study, which used brain MRI, has revealed that the presence of silent brain infarcts is associated with cognitive decline and increased risk of dementia over time. 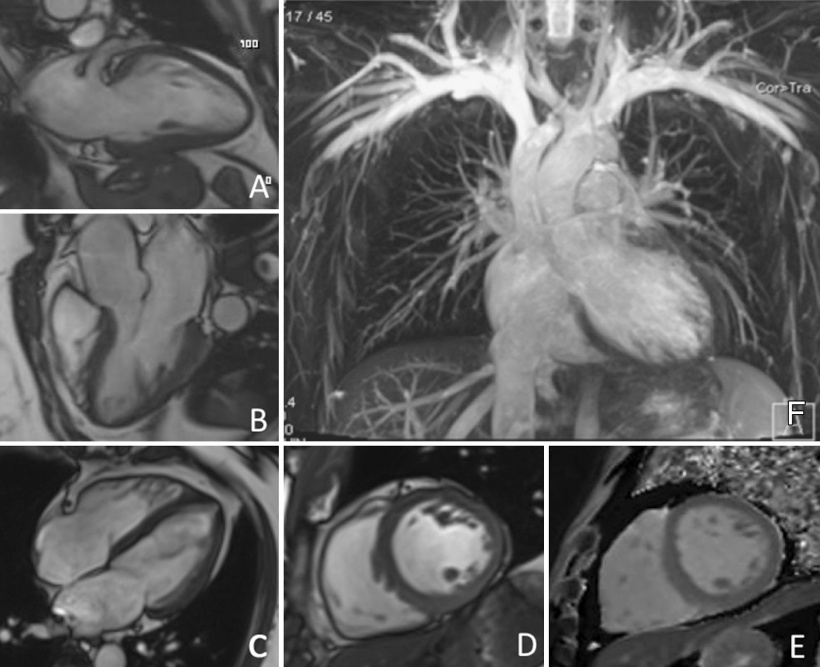 The next big thing will be the German National Cohort MRI study, Bamberg said, as it will provide comprehensive characterisation and phenotyping in more than 30,000 participants with 3-T whole-body MRI. ‘It’s a unique opportunity to substantially impact on imaging-based risk stratification leading to personalised and precision medicine,’ he explained. The study is part of a national, government-funded effort: the GNC study (in German: NAKO)(Article in German), which includes 200,000 participants recruited through 18 centres (and 8 clusters). All participants are invited to take part in physical and medical examinations, collection of biomaterials, personal interviews, and to fill in questionnaires. In 2019, participants will be re-invited for a second examination five years after baseline recruitment.

The participants will undergo complex whole-body imaging sequences – MRA, T-1 mapping of the myocardium, and high-resolution imaging of the neurocranium, torso, hip, and spine – to provide a comprehensive image of the human body and help answer longstanding questions. Results will go along developments in Big Data, radiology, IT and radiomics, to achieve comprehensive characterisation of disease-phenotypes using advanced image-analysis, Bamberg forecasted.  ‘All this detailed information will help us characterise disease and early disease states much better. For instance, we can cluster patients with lung cancer by applying advanced post-processing methods with similar radiomic expression patterns. Results obtained with this type of imaging analysis are much more relevant and precise for predicting clinical outcome and genetic tumour type,’ he pointed out.

Two major challenges to the GNC study remain incidental findings and the internal variability of the MRI studies – although the latter has been addressed by implementing similar MR technology with identical protocols, he explained.

Brain regions showing age-related atrophy from the initial 5,000 individuals imaged for UK Biobank. To generate this figure, T-1 structural brain MRI images from each of the participants were represented in a common, standard brain space. Age related differences in brain volume across the population were assessed. Those areas showing the greatest change with age are illustrated with a dark brown wash.
Image courtesy of Dr Hideaki Suzuki, Imperial College London

One solution may be related to deep learning, and the field is currently growing exponentially. For instance, convolutional neural network (CNN) has already helped develop and validate a deep learning algorithm to detect diabetic retinopathy in retinal fundus photographs (JAMA, 2017, Gutshan et al.). ‘Prevention of disease is increasingly relevant and there’s a high potential of subclinical disease assessment. MRI is an ideal tool for whole-body phenomapping and radiomics is an ideal target for big data approaches,’ he concluded.

Paul Matthews, from Imperial College London, presented the UK Biobank prospective longitudinal study, which includes 500,000 women and men aged 40-69 years at the time of the baseline assessment in 2006-2010. The study, which is supported by independent academics, includes extensive baseline questions and measurements, follows up a wide range of disease outcomes by linking to health record systems and direct contact, and will offer adjudication of health outcomes to confirm or refute and to sub classify phenotype. ‘Sufficiently large numbers of people will develop many different conditions to assess causes reliably. Having 500,000 volunteers in the study will provide enough power for future cohort designs,’ Matthews said. He also highlighted the role of population imaging in defining risk factors, biomarkers of presymptomatic disease and contributory mechanisms for important and common disease.

‘Cohort studies create opportunities to investigate gene-environment associations with phenotypic markers and longer-term outcomes. We need to understand disease from the start, decades before they appear. Lifestyle and environment interact with underlying genetic susceptibilities to influence the risks of brain disease. We need to understand how these factors – the exposome* – influence the brain through life,’ Matthews explained. ‘We can’t change your genes, but we can change the environment; people are motivated to do so if we define the risks.’

* Exposome: a potential vehicle the better to incorporate environmental components into the study of disease and health.

Professor Fabian Bamberg MPH is currently Associate Chair of Radiology at the Department of Diagnostic and Interventional Radiology at the University of Tübingen, Germany. He received his medical degree from the University of Witten-Herdecke, Germany and gained a Masters in Public Health from Harvard School of Public Health in 2007. After serving as a faculty member in the Cardiac MR PET CT Program at Massachusetts General Hospital, Harvard Medical School, Boston, MA, USA, he joined the Department of Radiology in Munich, Germany, in 2008, where he completed Residency and Fellowship at the Ludwig-Maximilians University and subsequently directed the MRI program as an attending physician.

Paul Matthews OBE, DPhil, FRCP, FMedSci is the Edmond and Lily Safra Professor of Translational Neuroscience and Therapeutics, and Head of the Division of Brain Sciences at Imperial College London, and Associate Director of the UK Dementia Research Institute.  He is an NIHR Senior Investigator and lead researcher for the Im­perial College Healthcare Trust Bio-medical Research Centre Neuroscience Theme. He is also a Fellow by Special Election of St. Edmund Hall, Oxford, UK, and holds other honorary academic appointments in Oxford, Maastricht, McGill and the LKC Medical School of Nanyang Technological University, Singapore.