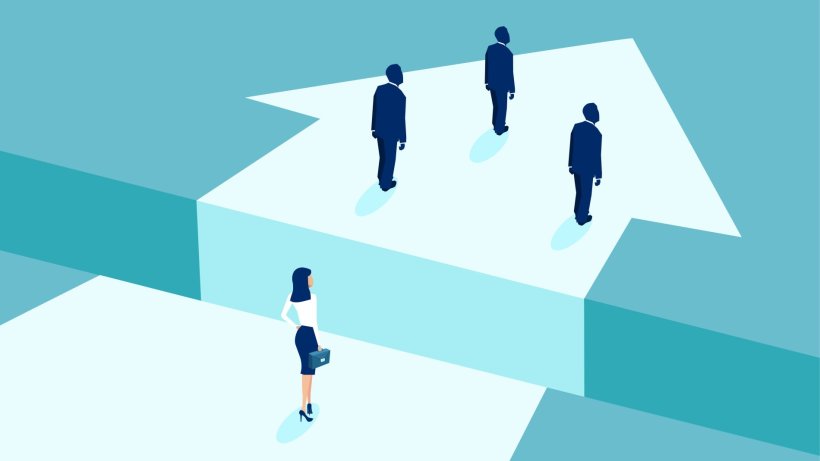 Dr Gillian Murphy, a member of the NCRI consumer forum, chaired the session on March 8 to celebrate achievements of all women in cancer research.

A system that fails women

The first speaker was Dr Olivia Rossanese, Head of Division and Team Leader at the Institute of Cancer Research. She pointed out that, while progress has been made in advancing women in the field, the numbers of women present at the PhD/post-doc level and beyond are still nowhere near their male colleagues. ‘If we don’t change the system to support women, when we know about the problems in post-PhD to professorship, then we are pushing women into a system where it is going to fail them,’ she said.

The widening pay gap was another serious issue keeping women from pursuing scientific careers, said Dr Rossanese, who leads the Target Evaluation and Molecular Therapeutics Team developing assays and strategies to support the drug discovery process and investigating the underlying biology of cancer targets and the response to targeted therapeutics. To counteract this, she challenged leaders at all levels to find more creative ways to structure careers and the overall system.

The importance of mentorship and self-kindness

Dr Alexandra Gilbert is an Honorary Consultant and Senior Clinical Trials Fellow at the University of Leeds, where her research interests include the use of patient-reported outcomes (PROs) in radiation toxicity measurement in clinical trials and routine practice. She explained that she had children during her PhD as she felt it was a time where there was ‘more flexibility.’ Dr Gilbert emphasised the importance of mentorship and the support she receives in her current role in ways to ‘manage challenging situations’, have pastoral support, and learn different skills from her mentors such as managing people and grant applications. But she also underlined the value of self-care and self-kindness, adding: ‘Nurture not only your working relationships but also make sure you look after yourself and your family along the way.’

Calling out poor behaviour against women

Following up, Professor Pamela Kearns shared her experience over a career spanning more than 30 years. She said: ‘When I started working, the environment for women was very different. Women were subject to comments about their appearance and behaviour, but it has changed massively for the good.’ However, she remains concerned about ‘high attrition’ further up the academic ranks. ‘The number of young researchers that are women outweighs men but by the time you get to the professorial level it has flipped the other way,’ said Kearns, a Professor of Clinical Paediatric Oncology at the University of Birmingham and Director of the Cancer Research UK clinical trials unit, as well as an honorary consultant at Birmingham Women and Children’s hospital. She said women, as well as men, should call out poor behaviour against women and added that women should believe in themselves and have courage to take opportunities.

Setting priorities in a male-dominated field

Professor Serena Nik-Zainal, NHS honorary consultant in clinical genetics and NIHR Professor of Genomic Medicine and Bioinformatics at the University of Cambridge, reflected on her career path, which she described as being not straightforward. Arriving in the UK at age 17 with the aim of becoming an NHS consultant, she trained in medicine and specialised in clinical genetics but took a year off for each of her two children. ‘Some people were concerned about this impacting my career, but it was an easy decision – babies are babies just once,’ she said.

Prof Nik-Zainal has focused on NGS (next-generation sequencing) technology with research looking at the physiology of mutagenesis, combining computational approaches with experimental and cancer data. This area, she acknowledged, is still male-dominated and ultra-competitive, and remarked that ‘sometimes unfortunate things happen’ concerning gender, ethnicity, and dress. However, she added: ‘It is perfectly ok for us to be ourselves, we do not have to be apologetic for who we are.’

Female mentors in a ‘man’s world’

The final contribution to the panel came from Bethany Rothwell, who is currently working on a PhD in a proton therapy research group based at the Christie Hospital in Manchester and at the University of Manchester, where her work involves the use of mathematical modelling techniques to investigate FLASH radiotherapy and cellular oxygen depletion. ‘My background is in physics and I became interested in how tools and concepts in physics can be applied medically and biologically, particularly in cancer research. I became particularly interested in proton therapy, working at the interface of physics and biology,’ she said. ‘Physics can feel like a man’s world, so having female role models and mentors can be a really important part of your academic life to keep you inspired and give you that sense of belonging. It can be challenging to find these mentors and you have to make an active effort to seek role models out, but it can make a huge difference to your career.’