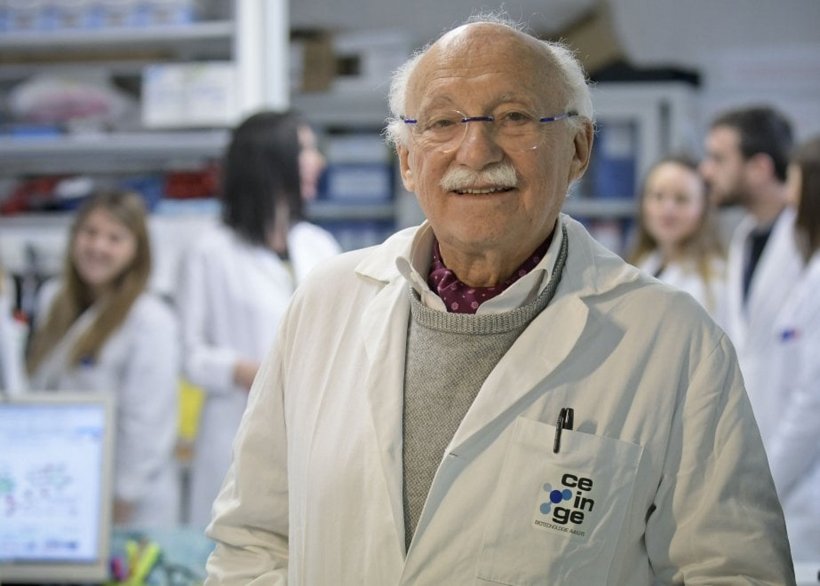 Francesco Salvatore is Emeritus Professor of Human Biochemistry at the University of Naples, Italy, and until recently was President and Scientific Director of CEINGE.

However, the positive results obtained so far have ‘opened the door to a promising new multi-faceted group of tumour markers, at present collectively designated “liquid biopsy”,’ he explained. While liquid biopsy is a relatively new term, Salvatore suggested the real essence of its meaning is much older in laboratory medicine: haemochromocytometric analysis to search for altered blood cells was one of the first tests used in medical diagnostics and thus can be considered the first real liquid biopsy.

With the test later extended to molecular aspects of nucleic acids (DNA and RNA) in terms of their quali-quantitative analyses, the diagnostic performance of oncohaematological tests became more sensitive. Today, femtomole amounts of specific nucleic acid sequences are routinely used in leukaemia and lymphoma patients.

In 1997, Salvatore’s group was among the first to produce evidence of the presence of RNA sequences in the blood of patients with solid tumours. Soon after, the molecular analysis of nucleic acids was integrated into pathology practice. The concept of liquid biopsy is evolving, he said, with clinical trials under way with various technologies – such as next generation sequencing of nucleic acids and other high productivity ‘omics, analyses – to try to reach high diagnostic sensitivity in body fluids. With cellular and molecular markers that can be visualised, analysed and investigated, there is great potential for cancer treatment. ‘Since cancer is a genetically driven disorder the sequencing of tumour derived DNA and RNA is very promising, not only in terms of understanding the pathogenesis of cancer, but also in the early identification and monitoring of tumour derived material thereby acting as biomarkers of the affected tissue or organ.’

One of the benefits of liquid biopsy, he added, is the ability to identify tumour-associated cells and molecules within body fluids, primarily blood, at the earliest opportunity – leading to better prognosis. ‘Obviously, this procedure must be accompanied by highly sensitive methodology that can capture even minute amounts of material. Consequently, nucleic acid sequences, which may be amplified also in the case of a tumour, are crucial for an early diagnosis,’ Salvatore pointed out. Because it is minimally-invasive – unlike needle biopsy – the liquid biopsy approach can be repeated and used to monitor tumour progression and therapy.

Other advantages of liquid biopsy include: prognostic information; easy sequential monitoring; planning treatment monitoring; identification of molecular modifications before and during tumour development; RNAseq studies; detection of infectious agents; and post trauma monitoring, plus the technological advantage of increased sensitivity and specificity of nucleic acid NGS and other products of omic sciences. Among the tumour components that are shed into the circulation, Salvatore explained, the three that are most likely to be clinically useful and have the greatest potential are: circulating tumour cells, circulating tumour DNA, and tumour­derived exosomes.

‘Evidence is increasingly appearing regarding the possibility of using these cells and cell components as markers of early diagnosis, recurrence and metastatic spreading, which will also serve to characterise tumour material at molecular level with a view to customised treatment,’ he said, predicting that this could see clinical advances over the next decade, in the fight against cancer diseases, particularly in the standardisation of samples from patients affected by tumours; their conservation; transport to specialised analytical centres and storage in certified biobanks; continuous improvements in technological approaches and methods in terms of increased analytical sensitivity and the detection of minute variations; as well as advances in sophisticated bioinformatic tools and methodologies that can help cancer scientists to identify novel gene pathogenic variations. However, markers have, so far, been approved for only a few examples of specific tumour types and therapy.

Convinced there is a bright future for new tumour markers – at present collectively designated ‘liquid biopsy’ – he said that, in time, liquid biopsy tests should gradually acquire the ‘canonical characteristics’ of laboratory medicine, of standardisation, reproducibility, correct mutational analysis, high sensitivity and specificity, and be validated in internal and external quality controls.

Francesco Salvatore is Emeritus Professor of Human Biochemistry at the University of Naples, Italy, and until recently was President and Scientific Director of CEINGE, a biotechnology research consortium with over 200 researchers and core facilities for post-genomic research applied to biomedicine.  He founded the centre and is an active PI at the institution. Over 400 publications bear his name, including more than 200 original papers, mostly published in international peer-reviewed journals. His many prestigious awards include the Gold Medal from the Ministry of University and Scientific Research and the Gold Medal from National Academy of Sciences.

Flow cytometry has proved an invaluable diagnostic tool for leukaemia and lymphoma for almost three decades. Now, however, this is evolving in applications to seek out residual disease in cases and…

Molecular Tumour Board for better decision-making