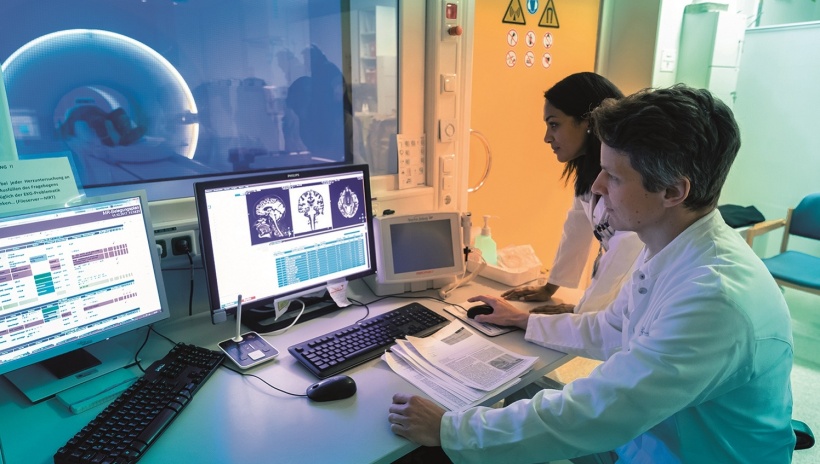 The main results of the European WAKE-UP trial were presented at the European Stroke Organisation Conference (ESOC) in Gothenburg, Sweden. At the same time, the trial results were published in the New England Journal of Medicine. These results will enable effective treatment of a large group of stroke patients currently excluded from intravenous thrombolysis.

Up to 20 per cent of stroke patients wake up in the morning with stroke symptoms. This means that the time when their stroke started is unknown and so they are not routinely eligible for clot-busting treatment (thrombolysis) with drugs such as alteplase, which is only approved to be used within 4.5 hours after the start of stroke symptoms. Every year about two million patients have a stroke in the EU, including approximately 400.000 patients with ‘wake-up-stroke’ or who otherwise have unknown time of symptom onset.

Now, the WAKE-UP study has revealed for the first time that selecting patients for treatment based on what is shown in their MRI brain images can be used to decide if they get thrombolysis. By comparing different images from the MRI examination, clinicians can now deduce when a stroke is likely to have started, and whether a patient is likely to benefit from thrombolysis. WAKE-UP trial was conducted at 70 centers in eight European countries, and was led by Prof. Götz Thomalla and Prof. Christian Gerloff from the Department of Neurology at the University Medical Center Hamburg-Eppendorf. The study received funding from the 7th framework programme of the European Union.

Patients were studied by MRI with the combination of two different MRI sequences. The first scan, called diffusion weighted imaging (DWI), shows early changes in the brain after stroke whereas changes take several hours to become obvious in the second type of scan, called FLAIR (fluid-attenuated inversion recovery). If a stroke lesion was apparent on DWI but not yet on FLAIR images, then a patient was highly likely to still be within 4.5 hours of symptom onset and thus a candidate to benefit from thrombolysis.

In WAKE-UP, treatment with alteplase gave a significantly higher rate of favorable outcomes. 53.3 per cent of patients treated with alteplase achieved a favorable outcome, as compared to 41.8 per cent in the placebo group, representing an absolute increase of 11.5 per cent. “The positive result of WAKE-UP is a milestone towards further improvement of the treatment of acute stroke, as the trial opens the window for treating many patients that have been excluded from thrombolysis until now”, says Prof. Thomalla. “Treatment based on MRI-selection without knowing the time of symptom onset represents a paradigm change for acute stroke thrombolysis.“

Researchers hope that the results of WAKE-UP will have an immediate impact on clinical practice and guidelines of stroke treatment and that MRI-based thrombolysis will become the standard of care. Based on the trial results, many thousands of stroke patients will be saved from a future of stroke-related disability.