New microscopy method. The biomolecules the researchers want to study are placed in a chip consisting of tiny nano-sized tubes – nanochannels. Test fluid is added to the chip, which is mounted in an optical dark-field microscope and illuminated with visible light. The molecule appears as a dark shadow moving freely inside the channel on a screen connected to the microscope. ​​​​​

A great deal of time and money is required when developing medicines and vaccines. It is therefore crucial to be able to streamline the work by studying how, for example, individual proteins behave and interact with one another. The new microscopy method from Chalmers can enable the most promising candidates to be found at an earlier stage. The technique also has the potential for use in conducting research into the way cells communicate with one another by secreting molecules and other biological nanoparticles. These processes play an important role in our immune response, for example.

Biomolecules are both small and elusive, but vital since they are the building blocks of everything living. In order to get them to reveal their secrets using optical microscopy, researchers currently need to either mark them with a fluorescent label or attach them to a surface.

“With current methods you can never quite be sure that the labelling or the surface to which the molecule is attached does not affect the molecule’s properties. With the aid of our technology, which does not require anything like that, it shows its completely natural silhouette, or optical signature, which means that we can analyse the molecule just as it is,” says research leader Christoph Langhammer, professor at the Department of Physics at Chalmers. He has developed the new method together with researchers in both physics and biology at Chalmers and the University of Gothenburg.

The unique microscopy method is based on those molecules or particles that the researchers want to study being flushed through a chip containing tiny nano-sized tubes, known as nanochannels. A test fluid is added to the chip which is then illuminated with visible light. The interaction that then occurs between the light, the molecule and the small fluid-filled channels makes the molecule inside show up as a dark shadow and it can be seen on the screen connected to the microscope. By studying it, researchers can not only see but also determine the mass and size of the biomolecule, and obtain indirect information about its shape – something that was not previously possible with a single technique.

“Our method makes the work more efficient, for example when you need to study the contents of a sample, but don’t know in advance what it contains and thus what needs to be marked,” says researcher Barbora Špačková, who during her time at Chalmers derived the theoretical basis for the new technique and then also conducted the first experimental study with the technology.

The researchers are now continuing to optimise the design of the nanochannels in order to find even smaller molecules and particles that are not yet visible today.

“The aim is to further hone our technique so that it can help to increase our basic understanding of how life works, and contribute to making the development of the next generation medicines more efficient,” says Langhammer.

The new technique was presented in the scientific journal Nature Methods.

SARS-CoV-2 has heavily impacted global society with high pressure on public health and economics. MolGen is proud to assist in relieving some of the pressure and support the testing framework. 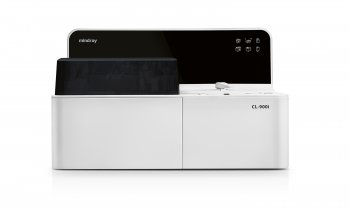