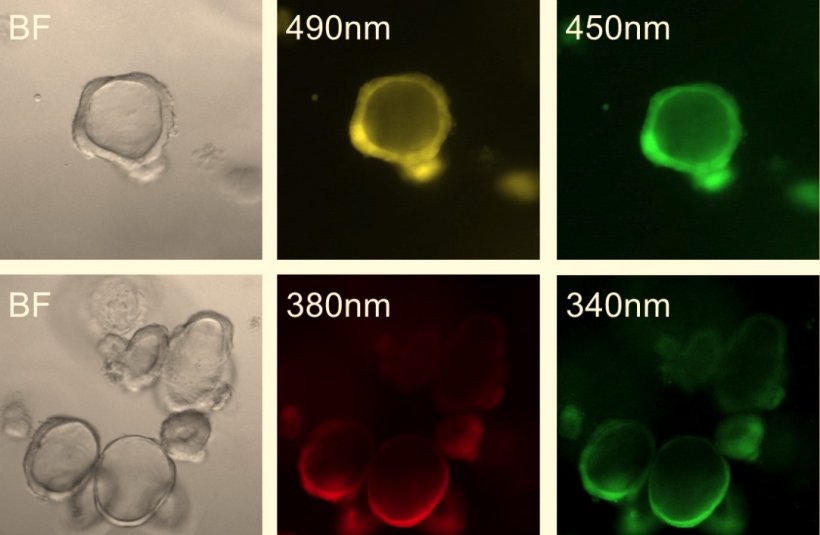 The human intestine is vital for both digestion and absorbing nutrients as well as drugs. For any type of research that involves intestines, scientists require research models that reflect the physiological situation inside human beings with the highest possible accuracy.Standard cell lines and animal experiments have certain disadvantages. One main issue is the lack of applicability of the results to humans. Now, a multidisciplinary research team covering the areas of nutritional science, general medicine, and chemistry has demonstrated how a modern in vitro model – made from human intestinal biopsies – can answer various questions regarding the molecular processes inside the human gut.A few years ago, researchers Eva Rath and Tamara Zietek have already demonstrated some areas of application of intestinal organoids. These are microstructures similar to the gut, which possess utility for the scientific field examining the gastro-intestinal system.For instance, these miniature intestines can serve as models for investigating hormone release and transport mechanisms of food or medication inside the digestive tract. Previously, these microstructures with their similarity to intestines were grown from mouse tissue. Now the team has found a way to apply this method to miniature intestines grown from human tissue, thereby expanding the methodological spectrum.

Repairing aged tissue by messing with the neighbors

Researchers at the University of Helsinki have discovered how regenerative capacity of intestinal epithelium declines when we age. Targeting of an enzyme that inhibits stem cell maintaining signaling rejuvenates the regenerative potential of an aged intestine. This finding may open ways to alleviate age-related gastrointestinal problems, reduce side-effects of cancer treatments, and reduce…

Organoids consist of so-called epithelial cells – a cell layer serving as barrier between the content of the bowels including the enteric flora, scientifically known as “microbiota”, and the inside of the body. These cells are not only responsible for absorbing nutrients and drugs; their metabolism has an effect on various functions in all parts of the body.“Many molecular aspects of nutrient absorption in the intestines are still unknown. We do know, however, that some nutrient transporters also play a role in drug absorption,” explained Eva Rath, scientist at the Chair of Nutrition and Immunology at TUM.In their latest publication, the researchers illustrate how the transport of nutrients and drugs and the subsequent metabolic changes can be measured in organoids. “This paves the way for this model to be used in medical and pharmaceutical applications such as drug screening,” Rath added.“When studying diseases or performing drug screenings, it is critical to have access to a human test system such as human organoids in order to prevent obtaining species specific test results,” said Tamara Zietek, who is part of the Chair of Nutritional Physiology at TUM. She added that, “over the course of the last few years, organoids have become one of the most promising in vitro models due to their high physiological relevance; they also present a human-based alternative method to animal experiments.”The processes established by the research team are of particular importance for both fundamental research and drug development, but also regarding regulation in terms of safety testing for chemicals and other agents.

Carriers of a specific bacteria have a 14% chance of developing an antibiotic resistant infection with 30 days of hospitalisation, according to new research from Amsterdam.