The research team found that the overgrowth of the gastrointestinal tract with the bacterium Klebsiella is associated with an increased presence of certain immune cells and the development of neurological damage in premature babies. The study is now published in journal Cell Host & Microbe. 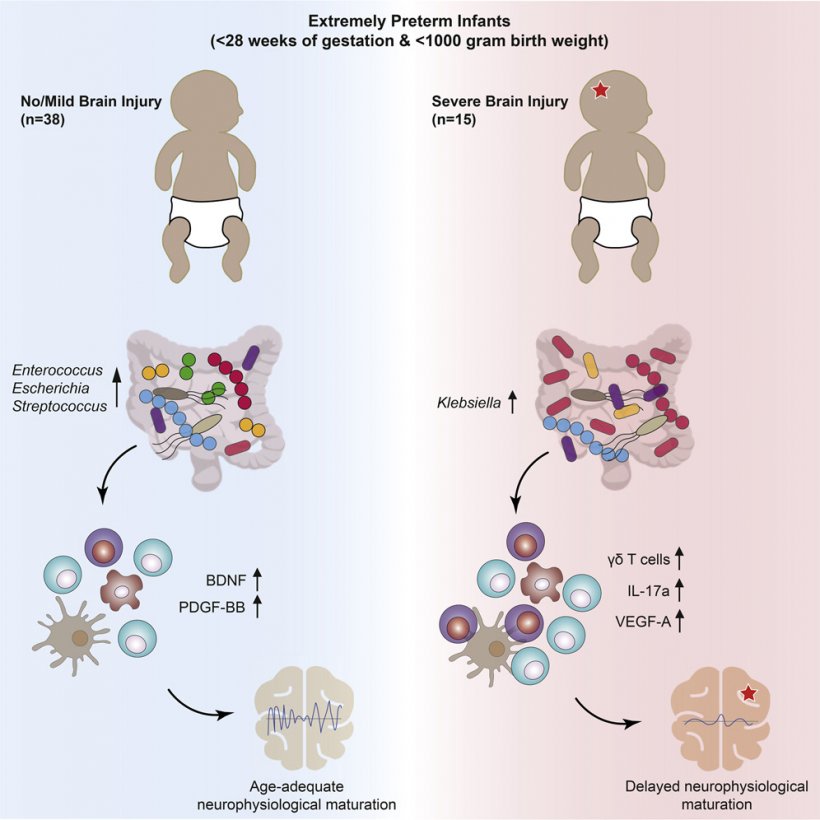 The researchers have established a comprehensive, time-resolved profile of microbiota, immune, and neurophysiological development in premature infants. Their research linked early-life microbiome establishment to immunological and neurological development, identifying candidate biomarkers of perinatal brain injury. In summary, their results showed that pro-inflammatory T cell response correlates with suppressed electro-cortical maturation. γδ T cells seemed to have central implications for this suppression and the pathogenesis of brain injury. Furthermore, Klebsiella overgrowth in the gastrointestinal tract was highly predictive for brain damage.

The early development of the gut, the brain and the immune system are closely interrelated. Researchers refer to this as the gut-immune-brain axis. Bacteria in the gut cooperate with the immune system, which in turn monitors gut microbes and develops appropriate responses to them. In addition, the gut is in contact with the brain via the vagus nerve as well as via the immune system. "We investigated the role this axis plays in the brain development of extreme preterm infants," says the first author of the study, David Seki. "The microorganisms of the gut microbiome - which is a vital collection of hundreds of species of bacteria, fungi, viruses and other microbes - are in equilibrium in healthy people. However, especially in premature babies, whose immune system and microbiome have not been able to develop fully, shifts are quite likely to occur. These shifts may result in negative effects on the brain," explains the microbiologist and immunologist.

"In fact, we have been able to identify certain patterns in the microbiome and immune response that are clearly linked to the progression and severity of brain injury," adds David Berry, microbiologist and head of the research group at the Centre for Microbiology and Environmental Systems Science (CMESS) at the University of Vienna as well as Operational Director of the Joint Microbiome Facility of the Medical University of Vienna and University of Vienna. "Crucially, such patterns often show up prior to changes in the brain. This suggests a critical time window during which brain damage of extremely premature infants may be prevented from worsening or even avoided."

Starting points for the development of appropriate therapies are provided by the biomarkers that the interdisciplinary team was able to identify. "Our data show that excessive growth of the bacterium Klebsiella and the associated elevated γδ-T-cell levels can apparently exacerbate brain damage," explains Lukas Wisgrill, Neonatologist from the Division of Neonatology, Pediatric Intensive Care Medicine and Neuropediatrics at the Department of Pediatric and Adolescent Medicine at the Medical University of Vienna. "We were able to track down these patterns because, for a very specific group of newborns, for the first time we explored in detail how the gut microbiome, the immune system and the brain develop and how they interact in this process," he adds. The study monitored a total of 60 premature infants, born before 28 weeks gestation and weighing less than 1 kilogram, for several weeks or even months. Using state-of-the-art methods - the team examined the microbiome using 16S rRNA gene sequencing, among other methods - the researchers analysed blood and stool samples, brain wave recordings (e.g. aEEG) and MRI images of the infants' brains. 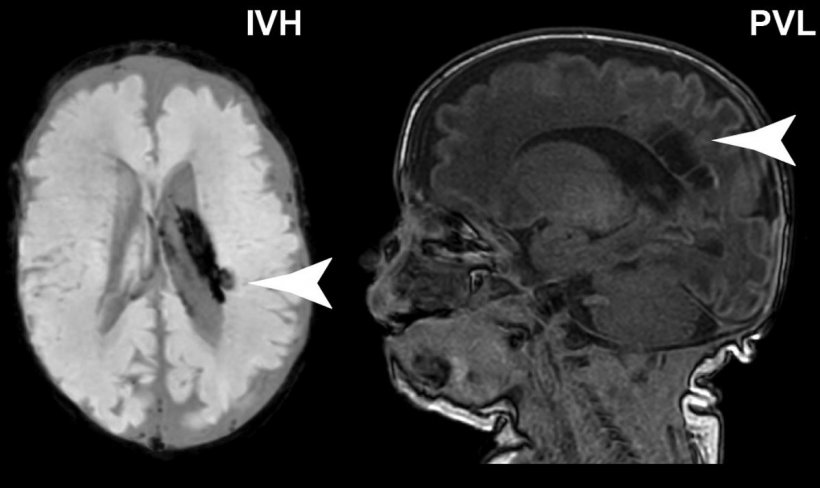 The study, which is an inter-university clusterproject under the joint leadership by Angelika Berger (Medical University of Vienna) and David Berry (University of Vienna), is the starting point for a research project that will investigate the microbiome and its significance for the neurological development of prematurely born children even more thoroughly. In addition, the researchers will continue to follow the children of the initial study. "How the children's motoric and cognitive skills develop only becomes apparent over several years," explains Angelika Berger. "We aim to understand how this very early development of the gut-immune-brain axis plays out in the long term. " The most important cooperation partners for the project are already on board: "The children's parents have supported us in the study with great interest and openness," says David Seki. "Ultimately, this is the only reason we were able to gain these important insights. We are very grateful for that."

“An artificial uterus – the incubator 2.0 – will become a reality within 10 years,” says Jasmijn Kok, one of the founders of Juno, a spin-off from the Eindhoven University of Technology,…