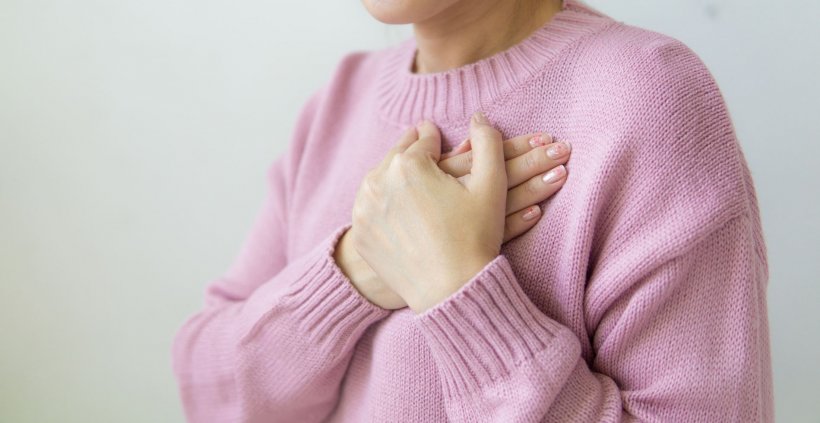 The study also found that women with chest pain were more likely than men to wait over 12 hours before seeking medical help. “Our findings suggest a gender gap in the first evaluation of chest pain, with the likelihood of heart attack being underestimated in women,” said study author Dr. Gemma Martinez-Nadal of the Hospital Clinic of Barcelona, Spain. “The low suspicion of heart attack occurs in both women themselves and in physicians, leading to higher risks of late diagnosis and misdiagnosis.”

Why heart attacks are different for women

MRI has a central role in picking up myocardial infarction with non-obstructive coronary disease, a condition that particularly affects women but is often left untreated, with potentially fatal outcome. Heart attack in women presents differently than in men and requires a different approach when it comes to detection and prevention, according to cardiologist Allison Hays.

This study examined gender differences in the presentation, diagnosis, and management of patients admitted with chest pain to the chest pain unit of an emergency department between 2008 and 2019. Information was collected on risk factors for a heart attack including high blood pressure and obesity. The researchers recorded the physician’s initial diagnosis after the first evaluation of each patient, which is based on clinical history, physical examination, and an electrocardiogram (ECG) and occurs before other examinations like blood tests. “We had the first impression of the doctor as to whether the chest pain had a coronary cause or another origin such as anxiety or a musculoskeletal complaint,” explained Dr. Martinez-Nadal.

A total of 41,828 patients with chest pain were included, of which 42% were women. The median age was 65 years in women and 59 years in men. Women were significantly more likely to present late to the hospital (defined as waiting 12 hours or longer after symptom onset): this occurred in 41% of women compared to 37% of men. “This is worrying since chest pain is the main symptom of reduced blood flow to the heart (ischaemia) because an artery has narrowed,” said Dr. Martinez-Nadal. “It can lead to a myocardial infarction which needs rapid treatment.”

Heart attack has traditionally been considered a male disease, and has been understudied, underdiagnosed, and undertreated in women, who may attribute symptoms to stress or anxiety

In the physician’s initial diagnosis, acute coronary syndrome was more likely to be considered the cause of chest pain in men compared to women. Specifically, in 93% of patients, the ECG did not provide a definitive diagnosis. In those patients, the doctor noted a probable acute coronary syndrome (ACS) in 42% of cases – when analysed according to gender, probable ACS was noted in 39% of women and 44.5% of men (p<0.001). The significantly lower suspicion of ACS in females was maintained regardless of the number of risk factors or the presence of typical chest pain. Dr. Martinez-Nadal said: “In the doctor’s first impression, women were more likely than men to be suspected of a non-ischaemic problem. Risk factors like hypertension and smoking should instil a higher suspicion of possible ischaemia in patients with chest pain. But we observed that women with risk factors were still less likely than men to be classified as ‘probable ischaemia’.”

In women, 5% of ACS were initially misdiagnosed, whereas in men, 3% of ACS were initially misdiagnosed (p<0.001). After multivariate analysis, female gender was an independent risk factor for an initial impression of non-ACS. Dr. Martinez-Nadal said: “Heart attack has traditionally been considered a male disease, and has been understudied, underdiagnosed, and undertreated in women, who may attribute symptoms to stress or anxiety. Both women and men with chest pain should seek medical help urgently.”

Injectable gel to repair damage after a heart attack

Researchers have developed a biodegradable gel that can help to improve the delivery of cells into the living heart and could form a new generation of treatments to repair heart attack damage.

Sleep problems could hint at a heightened risk of heart disease, caution experts at the ESC Preventive Cardiology 2022 congress.