Continuing education – It must be clear what radiologists need to learn about AI; one way to go could be to give it more space in the training curriculum, according to Elmar Kotter, deputy director of the radiology medical centre at Freiburg University. ‘We need to integrate imaging IT, and especially AI, more into the curriculum than it is today, through dedicated AI and informatics modules.’

AI should be treated like a new modality to be properly used in daily routine. ‘This requires continuous learning for everyone. We have to define what is the minimum AI learning, so that everybody knows the basics. For those who want deeper knowledge and certification, the ESR and European Society of Medical Imaging Informatics are preparing a diploma,’ explained vice president of the society Kotter. It should also be clear what AI can and cannot do in a given institution, and how algorithms are validated, a task only radiologists can do. ‘We must understand how AI is integrated into our workflow and how our interaction with AI is working and can be optimised. Knowledge of medical legal aspects and ethical implications is also mandatory,’ he added.

Online resources to help are increasing. Micro learning, with content from scientific societies and radiology editors is a trend, along with dedicated apps and social media. Systems that pre-process and make data analysis to access random information are emerging. For example, so-called cognitive radiology assistants present the radiologist with the right images, ask the referring clinician relevant questions and allow for efficient answers for radiologists, by providing possible relevant data for image interpretation.

‘Such systems give comparative cases already in your PACS system and could also give access to the relevant part of patient history in this case,’ he explained.

Solutions that offer access to both archive and information should allow faster learning curves for radiologists, by providing similar cases or reviews. The idea is to highlight the most relevant teaching cases to the current case, and then make the link with an encyclopaedia or radiology assistant to broaden knowledge.

It will be key to understand why AI systems think which cases are relevant, Kotter pointed out. ‘Usually, deep learning is a black box and you don’t know how it works. But, in order to learn how AI systems work, AI systems must become explainable.’ One way could be to measure similar cases from an existing database. Run in the background, AI could help radiologists detect gaps in their reading and recommend personalised strategies – for example, read more cases for gastroenterology tumours.

The impact on management

There are many staff shortages compared to the high image data volume to interpret. Time-consuming radiology services are increasing, fuelled by sub-specialisation and 24/7 services needed. Many promising solutions are available, according to Professor Christoph Becker, at the Radiology Department, Geneva University Hospital. ‘Automation of our departmental workflow is probably the lowest hanging fruit to help us. But there is also automation of time consuming and repetitive visual tasks, particularly those with high volumes and low complexity. Automation of data management will help us to extract data from patient records, so that we don’t have to do it manually and may be able, in the future, to access the current scientific literature data mining related to the cases we are reading,’ he said.

However, stopping radiology residency programs now would have unknown consequences. ‘We supply the radiologists for Western Switzerland and have 11 subspecialised units just in our department. This would deplete rapidly if we did not replace older radiologists who retire,’ Becker reasoned.

Should training stop, many unsolved questions would arise, such as where and when to buy machines and robots, ideally with board certification and ESR level 3 subspecialty skills? Who would override the wrong decisions in the meantime? Are machines and robots acceptable as imaging consultants for difficult, complex cases? What would patients say? Who would take the medico- legal responsibility – robots or firms that supply them?

We’re used to revolutions in imaging. PACS was a revolution. We had many meetings about it and it took 20 years to become clinical routine

Anxiety about potential future displacement is discouraging  medical students to choose radiology as a career, a Canadian survey shows. ‘We must address those fears,’ said Becker, who outlined five immutable elements to manage complex change: vision, skills, incentives, resources and an action plan. ‘If vision is lacking, confusion will result. If skills are lacking in your department, there will be anxiety. Lack of incentives will cause resistance in staff. Resources may be missing and cause frustration. And, if you have no action plan, or it’s not clear, downfalls are guaranteed.’

To integrate AI smoothly, people must decide what to automate and if it makes sense for their institution. ‘A fool with a tool is still a fool. Besides, when is a tool mature for clinical routine? One must design a roadmap and steps to take. What cannot be measured cannot be managed,’ Kotter emphasised.

Radiologists have lived with disruptive change for decades. Changing job descriptions have been the norm and technological progress demands constant updating of skills. Rads have also been pioneers in many developments, including PACS integration – which almost never happened. ‘We’re used to revolutions in imaging. PACS was a revolution. We had many meetings about it and it took 20 years to become clinical routine,’ Kotter said, concluding: There’s also a Valley of Death of radiology, and many projects don’t make it to the work place.’

Professor of radiology and director of the Academic Department of Radiology and Medical Informatics at the University of Geneva, Switzerland, Christoph D Becker also chairs the radiology department at the University Hospital. Formerly a radiologist at the University Hospital of Berne, and accredited as Privat-Docent at Berne University, in 1994 he became an abdominal and interventional radiologist at the university hospital in Geneva, and later was professor and vice-director of the radiology division, and since 2004, its director. He also chairs the Academic Department of Radiology and Medical Informatics. Since 2018, he has participated in the creation of the new Diagnostic Department at the hospital with the long- term objective of combining the information of medical imaging, pathology, and genetics in an integrated report.

Elmar Kotter MD MSc gained his Medicine and Computer Science degrees at Montpellier University (France) and Université René Descartes in Paris. From 1993-2000 he was radiology resident in Freiburg University Hospital, Germany, where,  from 1994, he directed the Freiburg PACS-Project. From 1997 he headed IT in the radiology department and became its vice chairman in 2003. and, in 2008, became Associate Professor of Radiology at the University. He chaired the IT working group of Germany’s society of radiology (2006 - 2015). He is also vice-president of the European Society of Medical Imaging Informatics (EuSoMII), as well as a member of the Subcommittee on eHealth and Informatics for the European Society of Radiology.

The potential of AI in breast imaging efficiency 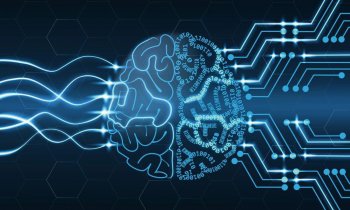