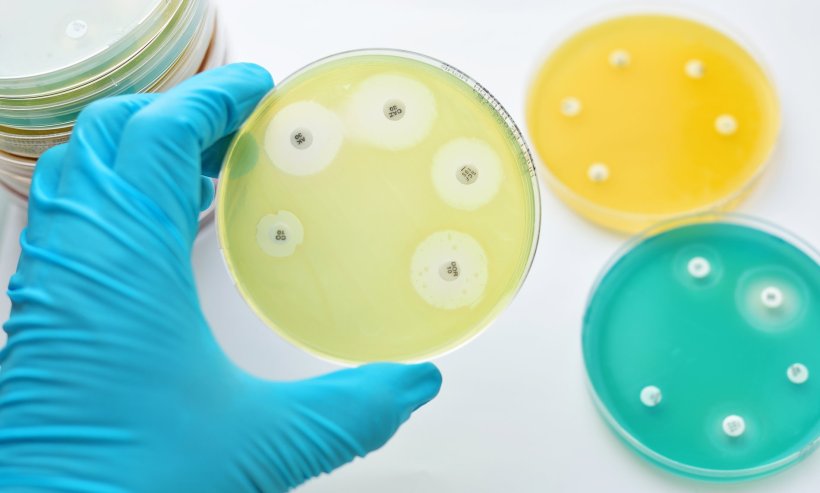 ‘Dynamics of extended-spectrum cephalosporin resistance genes in Escherichia coli from Europe and North America’ is published in the journal Nature Communications. The collaborative study, led by researchers at the Quadram Institute and the University of East Anglia, brought together experts from France, Canada, Germany and the UK and will provide new information to combat the global challenge of AMR. By examining the whole genome sequences of around two thousand resistant bacteria, predominantly E. coli (Escherichia coli) collected between 2008 and 2016, the team found that different types of AMR genes varied in their temporal dynamics. For example, some were initially found in North America and spread to Europe, while for others the spread was from Europe to North America.

Not only did the study look at bacteria from different geographic regions but also from diverse hosts including humans, animals, food (meat) and the environment (wastewater), to define how these separate but interconnected factors influenced the development and spread of AMR.

Antimicrobial resistance is a global problem, and it is only by working collaboratively with partners in multiple countries that we can get a holistic understanding of where and how AMR is spreading

Prof Alison Mather, group leader at the Quadram Institute and an honorary professor at UEA’s Norwich Medical School, said: “By assembling such a large and diverse collection of genomes, we were able to identify the key genes conferring resistance to these critically important drugs. Understanding the mechanisms of transmission is key to the design of interventions to reduce the spread of antimicrobial resistance.” Lead author Dr Roxana Zamudio said: “Antimicrobial resistance is a global problem, and it is only by working collaboratively with partners in multiple countries that we can get a holistic understanding of where and how AMR is spreading.” Understanding this interconnectivity embodies the One Health approach and is vital for understanding transmission dynamics and the mechanisms by which resistance genes are transmitted.

The study was supported by the Joint Programming Initiative on Antimicrobial Resistance (JPIAMR), a global collaboration spanning 29 countries and the European Commission that is tasked with turning the tide on AMR.

Without concerted efforts on a global scale, AMR will undoubtedly make millions more people vulnerable to infections from bacteria and other microorganisms that can currently be tackled with antimicrobials. The team focussed on resistance to one particularly important group of antimicrobials, the Extended-Spectrum Cephalosporins (ESCs). These antimicrobials have been classed as critically important by the World Health Organization because they are a ‘last resort’ treatment for multidrug resistant bacteria. Despite this, since their introduction, efficacy has declined as bacteria have developed resistance.

Antimicrobial resistance (AMR) is becoming more prevalent around the world, constituting a serious threat to public health. When bacteria acquire resistance against antibiotics, common medical procedures – for example, in surgery – become impossible due to the high infection risk. Keep reading to find out about AMR research, development of new antibiotics and antibiotic alternatives.

Understanding the flow of genetic information within and between bacterial populations is key to understanding AMR transmission and the global spread of resistance. This knowledge will contribute to the design of vitally needed interventions that can halt AMR in the real world where bacteria from diverse hosts and environmental niches interact, and where international travel and trade mean that these interactions are not limited by geography.

Test to detect antibiotic resistance in less than 45 minutes

Scientists from Scotland are developing a low cost, rapid diagnostic sensor test which aims to show the susceptibility of bacteria to antibiotics within 45 minutes. Laboratory testing of samples can…