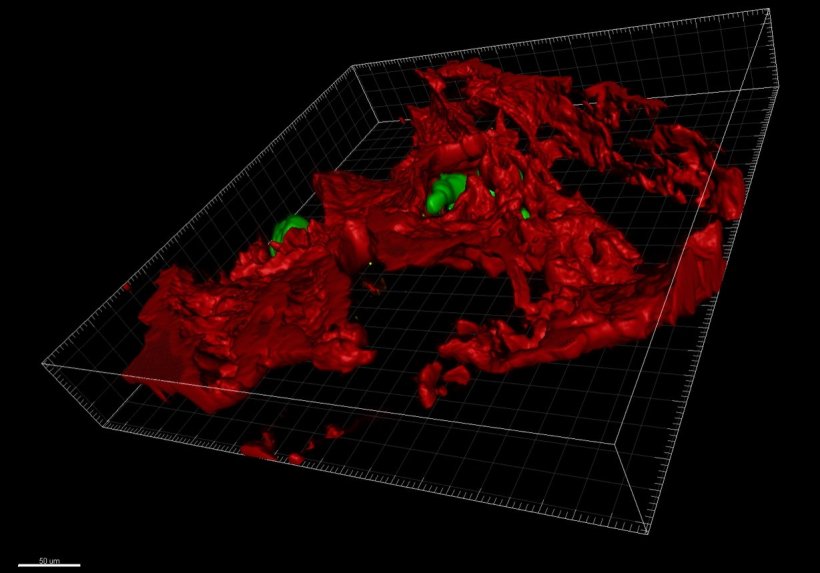 In the case of breast cancer, they usually form in the bones. In an attempt to identify what determines the organs affected by metastasis, a team from the University of Geneva (UNIGE), in collaboration with researchers from ETH Zurich, has identified a protein involved in this phenomenon. This discovery could lead to the development of therapeutic approaches to suppress metastasis. This work can be read in the journal Nature Communications.

From the primary site of a tumor, cancer cells can invade their microenvironment and then circulate via blood and lymphatic vessels to distant healthy tissue to form metastases. In the case of metastatic breast cancer, the cancer cells primarily colonize the bones, but can also be found in other organs such as the liver, lungs or brain.

Although the molecular and cellular mechanisms responsible for the different stages of the metastatic process are not yet fully understood, studies show that cellular plasticity plays an important role. This term refers to the ability of cells to change function and/or form. Thus, tumor cells that become metastatic change their shape and become mobile.

The laboratory of Professor Didier Picard of the Department of Molecular and Cellular Biology at the Faculty of Science is interested in the mechanisms that govern the metastatic processes related to breast cancer. His group collaborated with Professor Nicolas Aceto’s group at ETHZ to study these processes in mice. The biologists investigated the potential role of the protein ZEB1, known to increase cell plasticity, in breast cancer cell migration.

‘Unlike in women, mice transplanted with human breast cancer cells develop metastasis to the lungs, not the bones,’’ says Nastaran Mohammadi Ghahhari, researcher in the Department of Molecular and Cell Biology and first author of the study. ‘‘We therefore sought to identify factors capable of inducing metastasis in bone tissue and in particular tested the effect of the factor ZEB1,’’ continues Nastaran Mohammadi Ghahhari.

In in vitro migration and invasion experiments, the scientists found that cancer cells expressing ZEB1 moved to bone tissue, unlike cancer cells that did not express it. These results were later confirmed when human breast cancer cells were transplanted into the mammary glands of mice. If the cancer cells did not express ZEB1, metastasis occured primarily in the lungs. In contrast, when ZEB1 was present, metastases also developed in the bones, as is the case in women. ‘‘We can therefore assume that this factor is expressed during tumor formation and that it directs cells that have acquired metastatic characteristics to the bones,’’ explains Didier Picard, the study’s last author. This study confirms the importance of the plasticity of tumor cells during the metastatic process and could allow, in the long term, to consider new therapeutic approaches to prevent the appearance of metastases.