Today, a number of cancer therapies harnessing this ability are being applied successfully. The underlying idea is more than 150 years old. In the 19th century it was reported that a cancer patient in a hospital in Bonn, Germany, had suffered from erysipelas, an acute infection, which caused the tumour to shrink. However, only in the past two decades did we begin to better understand the complex interaction between cancer cells and the immune system, knowledge that allowed us to venture into unchartered treatment terrain. Although there have been impressive successes, in particular with malignant melanoma and advanced lung cancer, scientists continue to face major challenges. A close cooperation of researchers, researching physicians and clinicians is needed to unlock the cancer cells’ secrets. 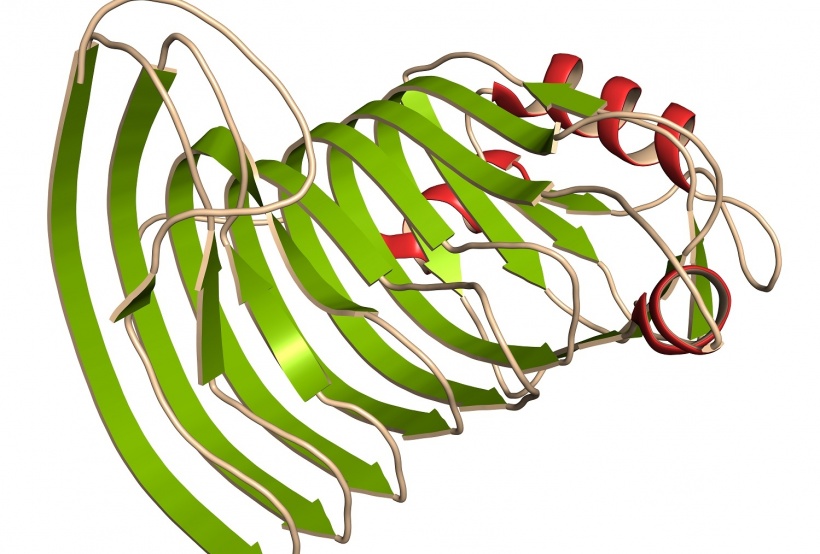 Antibodies such as anti-CD20 are already in successful clinical use.
shutterstock/molekuul_be

Generally speaking there are two types of immune responses: the innate immune system responds in a generic way to all pathogens and wards off most infections. By contrast, the acquired (or adaptive) immune system eliminates specific pathogens with the help of B cells and T cells ‘despatched’ as soon as certain structures of pathogens and cells, so-called antigens, are detected. The acquired immune system stores information on any initial response to an antigen in a memory, i.e. it recognises this antigen later and responds accordingly.

The immune system recognises cancer cells by the so-called tumour-associated antigens (TAA) on their surface. Many tumour cells, however, have developed strategies to mask their malignant identity, for example by not presenting antigens. Alternatively, the tumour cells interact with the t-cells via so-called immune checkpoints. While these molecules normally prevent an over-reaction of the immune system, tumour cells use this mechanism to avoid their own destruction.

This is where immune checkpoint inhibitors come in: drugs that undo the cancer-caused blockage and stimulate the immune system to destroy tumour cells. In 2001, ipilimumab, the first immune checkpoint inhibitor was approved to treat advanced melanoma. A second drug, nivolumab, shown in clinical studies to significantly prolong survival, received approval in 2015 to treat advanced lung cancer. Renal cell carcinoma, Hodgkin lymphoma and carcinoma of the bladder have been treated successfully with checkpoint inhibitors and further immuno-oncological drugs are likely to be available in the future.

Another promising immuno-oncological approach is the adoptive T cell therapy (ACT): patient T cells are removed, transfected ex vivo with tumour-specific T cell receptors and re-infused into the patient to recognise and destroy tumour cells. In therapies involving chimeric antigen receptors (CARs) T cells are removed from a patient, modified with a CAR specific to the patient’s particular cancer and re-inserted. The modified T cells recognise corresponding antigens, such as CD19, which is present in most B cell melanoma. They dock onto the antigen and destroy the tumour cells.

Cancer researchers aim to fine-tune these therapies ever more precisely to the individual disease pattern. With the help of molecular high-throughput analysis they can indeed identify target structures on the cancer cells for the individual tailor-made immunotherapies. Even more: biomarkers can predict the likely success of an immunotherapy even before treatment onset. Professor Antonio Pezzutto, Medical Director of the Medical Department, Division of Haematology and Oncology at Charité Campus Benjamin Franklin and Lead Researcher at Max Delbrück Centre in Berlin-Buch, explained: ‘The tumour sample obtained by the surgeon is sequenced to identify all mutations in the tumour cells. Only mutations that are essential for tumour cell growth are taken into consideration for a personalised immunotherapy. If we have, let’s say 2,000 mutations in a tumour cell, it may well be that only 100 of those modify the structure of important proteins. The mutated protein pieces have to reach the cell surface for the immune cells to be able to recognise and attack them. In the end, maybe only a handful of potential targets materialise.’ In a large project carried out by the Berlin Institute of Health (BIH) along with Charité and the Max Delbrück Centre, the potential of such individualised cancer therapies is being explored and the foundation for initial clinical studies is being laid.

The team encompasses computer scientists, oncologists and internal medicine specialists; biologists create specific immuno-cells, gene transfer specialists are on board as well as specialised ‘mice immunologists’ whose task it will be to validate the efficacy of the therapies in the animal model. It takes months of intensive research until tumour cell sequencing of a single tumour sample generates candidate cells. The costs of new immunotherapy approaches using the so-called adoptive T cell transfer can significantly exceed €100,000 per case. However, as Dr Pezzutto points out, tumour sequencing generates information that is relevant for conventional therapies. Since only very few patients benefit from the many new and expensive therapies that were developed over the past few years, the process to identify candidate patients is being constantly improved. ‘If only 20% of the patients benefit from a therapy – a therapy that might be associated with dangerous side effects caused by unspecific activation of the immune system – it is crucial that we try to precisely identify the patients who might benefit. If we don’t do that, we expose 80% to an unnecessary risk,’ Pezzutto explained.

European Hospital asked Dr Lothar Kanz, haematologist and oncologist, Medical Director and tenured professor at University Hospital Tübingen, which of the immuno-therapies currently being applied offer the highest patient benefit. ‘Monoclonal antibodies’, he immediately responded, ‘since several antibodies, such as anti-CD20, are already in successful clinical use. Moreover, there are enhancements, such as Fc optimisation, that offer increased biological effect.’ In addition to checkpoint inhibitors, Kanz also uses monoclonal antibodies with attached toxins (antibody-drug conjugates/immunotoxins), bispecific antibodies, for example against advanced lymphocytic leukaemia. He will soon add CART cells, patient lymphocytes that are genetically modified in the lab, to his therapy portfolio.

While most side effects associated with immunotherapies are considered acceptable in view of the severity of the diseases, some dramatic autoimmune responses were reported, such as the rejection of the patient’s own heart, and further rare adverse reactions to checkpoint inhibitors have to be expected. It is crucial to strike a balance between stimulating and inhibiting the immune system in order to avoid the negative effects of an over-active immune system. Infections of the hypophysis, eyes, lungs, kidneys liver, colon or skin can occur and the therapy has to be discontinued.

While study results on tailor-made immunotherapies are promising, the practical application of these therapies is a long way away. The major translational obstacle, according to Kanz, is compliance with the strict regulations regarding Good Manufacturing Practice (GMP), i.e. the production of cells for cell therapies. In addition, he points out, the approval procedure for Investigator-Initiated Studies (IITs) is complex, long and expensive.

Cancer researchers not only aim to develop new drugs, they also try to find out whether combinations of immunotherapies and conventional therapies, such as radiation or chemotherapy, or the combination of two immunotherapies, yield long-term successful outcomes. However, they have to acquire an in-depth understanding of the complex mechanisms of the immune system before they can develop strategies to reliably and effectively fight cancer with the body’s own defence system.

The most recent research results on these issues will be presented at the annual congress of the German, Austrian and Swiss Societies for Haematology and Medical Oncology (Stuttgart. 29 September to 3 October).

A medicine graduate from the University of Padua/Italy in 1978 and in 1991, three years later Antonio Pezzutto was appointed Director at the Charité, Campus Benjamin Franklin and, in 2001, became Deputy Director of the Department of Haematology-Oncology, Charité Medical School at Campus Virchow Hospital, Berlin. The professor also carries out translational research at the Berlin Institute for Health (BIH) in cooperation with Charité and the Max Delbrück Centre for Clinical Research. In 1997 he initiated and led the Molecular Immunotherapy Group at Max Delbrück Centre for Molecular Medicine in Berlin-Buch. He has been member of the German Medical Associations’ Somatic Gene Therapy Commission since 2000 and is also a member of the American Society of Haematology, the German Society of Haematology/Oncology and the German Society of Rheumatology.

A medical graduate from Freiburg University Hospital in Germany in 1995 Lothar Kanz MD became Medical Director and tenured professor at Eberhard Karl University, Tübingen, Department of Oncology, Haematology, Immunology, Rheumatology and Pulmonology at the Medial Clinic and Policlinic. In 1996, he received the European Research Award for Haematology. Since that year he has been Lead Scientist of the bi-annual ‘International Stem Cell Conferences’. His research focus is haematopoiesis, immunotherapy and clinical oncology (Phase I/II studies on solid tumours; multiple myeloma). Kanz is member of the International Society for Experimental Haematology (ISEH), the American Societies of Haematology (ASH) and Clinical Oncology (ASCO) as well as the European Society of Blood and Marrow Transplantation (EBMT).