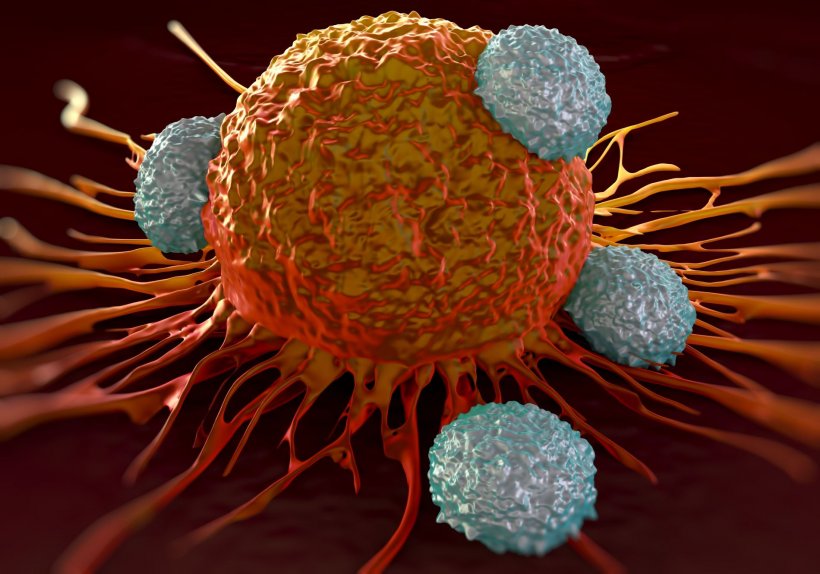 Using two different viruses as vehicles, they administered specific tumor components in experiments on mice with cancer in order to stimulate their immune system to attack the tumor. The approach is now being tested in clinical studies.

Making use of the immune system as an ally in the fight against cancer forms the basis of a wide range of modern cancer therapies. One of these is therapeutic cancer vaccination: following diagnosis, specialists set about determining which components of the tumor could function as an identifying feature for the immune system. The patient is then administered exactly these components by means of vaccination, with a view to triggering the strongest possible immune response against the tumor.

Viruses that have been rendered harmless are used as vehicles for delivering the characteristic tumor molecules into the body. In the past, however, many attempts at creating this kind of cancer therapy failed due to an insufficient immune response. One of the hurdles is that the tumor is made up of the body’s own cells, and the immune system takes safety precautions in order to avoid attacking such cells. In addition, the immune cells often end up attacking the “foreign” virus vehicle more aggressively than the body’s own cargo. With almost all cancer therapies of this kind developed so far, therefore, the desired effect on the tumor has failed to materialize. Finding the appropriate vehicle is just as relevant in terms of effectiveness as the choice of tumor component as the point of attack.

The research group led by Professor Daniel Pinschewer of the University of Basel had already discovered in previous studies that viruses from the arenavirus family are highly suitable as vehicles for triggering a strong immune response. The group now reports in the journal Cell Reports Medicine that the combination of two different arenaviruses produced promising results in animal experiments.

If [the approach] proves successful, a wide range of combinations with existing therapies could be envisaged, in which the respective mechanisms would join forces to eliminate tumors even better

The researchers focused on two distantly related viruses called Pichinde virus and Lymphocytic choriomeningitis virus, which they adapted via molecular biological methods for use as vaccine vectors. When they took the approach of administering the selected tumor component first with the one virus and then, at a later point, with the other, the immune system shifted its attack away from the vehicle and more towards the cargo. “By using two different viruses, one after the other, we focus the triggered immune response on the actual target, the tumor molecule,” explains Pinschewer.

In experiments with mice, the researchers were able to measure a potent activation of killer T cells that eliminated the cancer cells. In 20% to 40% of the animals – depending on the type of cancer – the tumor disappeared, while in other cases the rate of tumor growth was at least temporary slowed. “We can’t say anything about the efficacy of our approach in humans as yet,” Pinschewer points out. However, ongoing studies with a cancer therapy based on a single arenavirus have already shown promising results. The effects on tumors in animal experiments cannot be assumed to translate directly into the effect on corresponding cancer types in humans. "However, since the therapy with two different viruses works better in mice than the therapy with only one virus, our research results make me optimistic," Pinschewer adds.

The biotech company Hookipa Pharma, of which Pinschewer is one of the founders, is now investigating the efficacy of this novel approach to cancer therapy in humans. “We are currently exploring what our approach by itself can actually achieve,” the researcher says. “If it proves successful, a wide range of combinations with existing therapies could be envisaged, in which the respective mechanisms would join forces to eliminate tumors even better.”