And perhaps there is a new way to design vaccinations based on new understanding that memory cells are generated early in the immune response to infection, Bettina Döbereiner reports.

About 90 participants gathered in the French Embassy in Berlin this November to hear 16 lectures in just one day. In a French German joint workshop entitled ‘Perspectives of systems biology from modelling to therapy of complex diseases’, the talks covered general funding strategies, with presentations of selected institutions and departments specialising in systems biology and introductions of core areas of systems biology research in both countries.

The workshop was initiated by the Scientific Department of the French Embassy and BioTOP Berlin Brandenburg, which is a central contact and coordination office for all issues concerning biotechnology in the region, and is funded by the Federal States of Berlin and Brandenburg. Welcoming participants, BioTOP’s CEO, Dr Kai Uwe Bindseil, explained that the work shop is part of a series of annual conferences organised with the French Embassy since 2007, to cover current scientific issues such as regenerative medicine, obesity or functional food.

This time scientific partners were the École Normale Supérieure (ENS) in Paris, and the Max Delbrück Centre for Molecular Medicine (MDC) in Berlin Buch, Germany. There are plenty of definitions of systems biology in the literature and even at the workshop definitions varied. However, it is beyond dispute that, as a relatively new field of research in life sciences, systems biology can be seen as a shift of perspective from studying single and specific components of the organism to the focus on relations and inter actions between the single components in terms of the whole system in time. Thereby scientists inter alia hope to understand the function ng of complex diseases better and develop enhanced diagnostic tools and more effective therapies. In this approach, mathematical analysis and computational modelling play a key role to comprehend the complex biological interrelations.

Therefore, multidiscipline is a pre condition for this new research branch, as was seen in the gathering, which included biologists, chemists, physicists, mathematicians, computer scientists as well as physicians and other healthcare professionals. That systems biology advances to become a key issue in life sciences lso may be seen in the funding strategies of France and Germany. In her lecture, Karin Efferts PhD from the German Ministry of Education and Research (BMBF) introduced e:Med – Measures for establishing systems biology – the new funding concept for systems biology in Germany, launched in 2012. The programme predicts €200 million in funding over the next eight years.

Recently, systems biology projects in France have also been funded on a large scale. As Jean Michel Heard PhD from the French National Research Agency (ANR) reported, in 2011 and 2012, as a part of its so called future programme, France began funding systems biology for the next ten years, which will amount to around €300 million dedicated to infrastructure, equipment and projects related to systems biology. All lectures held at the workshops primarily addressed the analysis of complex diseases such as neurode generative, cardiovascular or inflam matory, as well as cancer on a very basic, pre clinical level. One interest ing typical systems biology example of the cooperation between biol ogy and the computational sciences is a project headed by Professor Thomas Höfer from German Cancer Research Centre and the BioQuant Centre for Quantitative Analysis of Molecular and Cellular Biosystems, at Heidelberg University.

He presented his recent results regarding the fate decisions of lymphocytes dur ing infectious diseases. By means of computer modelling he and his healthcare setting, and as many as 1.7 million related deaths. These include urinary tract, bloodstream, surgical site and pulmonary infections. Dr Newton is not surprised by these risks. ‘Healthcare institutions use surgical procedures, injections, and in dwelling devices, such as cath eters, and there are countless sources of contamination,’ he said. ‘Infection can be passed between provider and patient. And over use of antibiotics has made this problem infinitely more complicated.’ The USA’s Department of Health and Human Services has devised some initiatives to eliminate health care based infections. ‘A steering com mittee was formed at the federal level, and an action plan was published in 2010 that contains clinical, adminis trative, and governmental directives and strategies to manage this problem,’ Dr Newton said.

‘Some of their findings seem self evident, but calling in federal involvement and organising team recently developed a model for the pathway of the differentia ion of naive antigen specific T cells into long living memory cells. In the first phase of project, Professor Dirk Busch and his team at Munich Technical University observed the fate of individual naive T cells in infected mice. Prof. Höfer and colleagues then generated a set of different potential pedigrees of naive T cells through mathematical analysis. Later on, these models of pedigrees were compared to the observations made in adop tive transfer models. The results were clear – only one of these models was suitable to explain the data. It indicates that the precursors of mem ory cells are generated early during the immune response to infection, rather than – as had been previously thought – at its very end. If further validated, this new finding for exam ple will have implications vaccina tion design.

The ppp project OncoTrack – a more practical oriented research –was presented by two industry representatives, David Henderson PhD, Principal Scientist at Bayer Healthcare and project coordinator, and Bodo Lange PhD, CEO of Alacris Theranostics. OncoTrack is one of the larg est ppp (public/private partnership) projects in systems biology. With funding of around €27 million from the European Innovative Medicines Initiative (IMI) and partners fro the pharmaceutical industry, the pro ject involves 21 partners in Europe and is scheduled for completion in five years. The ambitious aim of OncoTrack is to develop a computer based system to identify new bio markers for colon cancer. Called ModCell, the computer model was developed by Prof. Hans Lehrach’s department at the Max Planck Institute of Molecular Genetics, Berlin, and exclusively licensed to the spin off company Alacris in 2010.

The system integrates data from sources such as genome, transcrip tome, drug action, protein function and their mutant variants obtained from the literature and from public databases. With this unique systems biology approach the project part ners analyse the obtained genomic and patient data on colon cancer. On cell and mouse xenografts the ModCell system is validated to predict optimised drug actions for patients based on genome and transcriptome information from the individual patient’s tumour. This approach also aims to identify com plex biomarkers that will improv diagnostics and therapy.

Evidence that radioembolization, a trans-arterial therapy, is safe and stops disease progression in metastatic breast cancer is increasing, a prominent American interventional radiologist showed at…

Researchers have now found that artificial intelligence (AI) can improve the effectiveness of colonoscopy in the presence of Lynch syndrome. 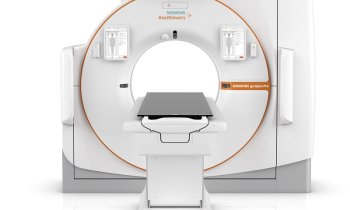 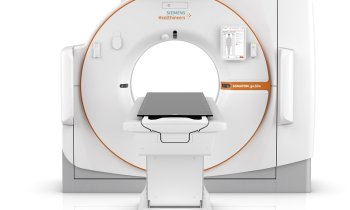