About seven years ago, when the virus was first isolated, mortality was close to 100 percent since only severe infections that led to the patient being in intensive care were recorded. Today the environment of each victim is epidemiologically examined. This close monitoring ‘has shown that not all MERS-CoV infections are extremely severe, particularly in younger patients the course of disease can be less damaging,’ said Austrian virologist Professor Norbert Nowotny, who updated European Hospital on these viruses at the International Meeting on Emerging Diseases and Surveillance (IMED). The first MERS case was reported in 2012, in a man who had died of severe pneumonia. A  previously unknown coronavirus, related to the SARS coronavirus, was isolated. To date, all reported MERS-CoV infections in humans have originated on the Arabian Peninsula.

However, due to international travel these spread to 257 countries. By 31 December 2018, a total of 2,279 cases were reported, 806 of those were fatal. The major symptom is severe lung disease, but the course of the infection depends on the age of the patient: the older the patient, the more severe the infection. In addition, pre-existing conditions such as diabetes and overweight are crucial factors. Nowotny was a member of the research team that discovered the virus is present in dromedaries (camels) and that the infections are a result of a zoonotic event. Almost all older dromedaries are seropositive, i.e. they were exposed to MERS-CoV at some point in their lives. Dromedary calves are protected by maternal antibodies for about three to four months; then the calves are infected with the obviously wide-spread virus.

In dromedaries, the infection is mostly asymptomatic, some show a low-grade rhinitis. During the acute period of the infection, which lasts about one week, the animals excrete large numbers of the virus via nose and eye secretion. Transmission to humans most likely takes place during this short period and requires close contact with the animal, Nowotny pointed out. ‘Contact with dromedaries aged about three to 18 months poses the largest risk.’ However, only five percent of the infections in humans can be traced to direct contact with dromedaries – in most cases the virus spreads via person-to-person transmission.

Currently, there is no commercially available vaccine. ‘In view of the rather low number of cases, a vaccine might not make sense at all,’ Nowotny suggested. People who handle dromedaries on a day to day basis might benefit from an injection but, for the population at large, it is superfluous – which includes tourists as long as they follow Nowotny’s two golden rules: ‘Don’t get too close to young dromedaries and if you ride on an adult dromedary wash your hands afterwards with any commercially available disinfectant.’ It was also suggested to vaccinate young dromedaries in order to break the infection cycle.

Dr Norbert Nowotny is a professor at the Institute of Virology at the School of Veterinary Medicine in Vienna and at the College of Medicine at the Mohammed Bin Rashid University of Medicine and Health Sciences in Dubai (UAE). The virologist’s research focuses on different aspects of (primarily viral) infections of human beings, farm animals, pets, zoo animals and wild animals. Other research interests are medical and veterinary medical entomology, viral infections transmitted by mosquitos and ticks, newly identified infection diseases and zoonoses. He served as local scientific organiser and member of the scientific committee of IMED 2018 and all six previous IMED conventions.

Long Covid: Six in ten have at least one symptom one year after infection

Six in ten people with Covid-19 still have at least one symptom a year later, a new study has found. Furthermore, symptoms that don’t clear up after 15 weeks are likely to last at least a year. 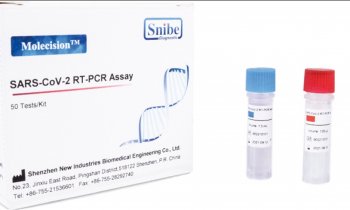