Microscopic view of the Ebola virus

The study, which focused on immune system sentries known as killer (CD8+) T cells, showed that nearly all (96 percent) of the Ebola survivors had T cells that responded to viral protein, nucleoprotein on cells expressing Ebola proteins. In contrast, it was surprising that the virus’s outer glycoproteins, presumed to be the main targets for killer T cells, were recognized in a minority (38 percent) of previously infected individuals.

“The whole idea of vaccination is to mimic the immune response that the person makes after they have the infection and get over the infection,” says Michael B. Oldstone, MD, a professor at Scripps Research and senior author of a paper reporting the findings, published today in the journal Proceedings of the National Academy of Sciences. The research was supported by the National Institute of Allergy and Infectious Diseases, part of the National Institutes of Health. “Our study of the immune response in Ebola survivors,” Oldstone adds, “suggests that a vaccine targeting not only the glycoprotein but Ebola’s nucleoprotein would likely be more effective than the current vaccines that only express the glycoprotein.”

In collaboration with the government of Sierra Leone and research partners at Tulane University, the Massachusetts Institute of Technology and Harvard University, the researchers analyzed blood samples from 30 survivors of the 2013–2016 Ebola epidemic in West Africa. Their goal was an unbiased study designed to characterize the total cytotoxic killer T cell response to the Ebola virus proteins in these survivors. CD8+ cytotoxic T cells destroy infected cells that are the factories producing the virus. 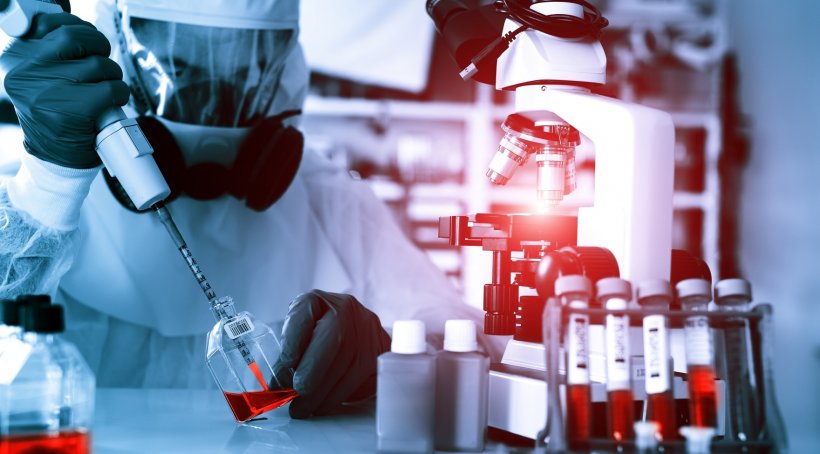 To study CD8+ cytotoxic T cell responses in these survivors, the researchers tested the blood samples against seven of the eight proteins encoded by the Ebola virus’s genetic material. These proteins are expressed on cells infected by Ebola virus. In the new study, the scientists cut the viral proteins into small pieces, called peptides, which complex with specialized proteins unique for each individual, termed the human leukocyte antigen (HLA). The HLA/viral peptide complex is transported from inside the infected cell to its outer surface. Once presented there, the cytotoxic T cell recognizes the complex resulting in activation and destruction of the infected cell. The HLA/peptide complex forms the “epitope” recognized by the specific CD8+ cytotoxic T cell.

The team found that 96 percent of the Ebola survivors made cytotoxic CD8+ T cells that responded to a protein of Ebola virus called the nucleoprotein. Meanwhile, only 38 percent of these survivors responded to either of the virus’s two glycoproteins. This finding came as a surprise because other studies had suggested that the glycoprotein was the main target for effective immune responses and current experimental Ebola vaccines have been designed to only contain the Ebola glycoprotein. This study also revealed 34 new, smaller sites, called epitopes, on Ebola virus proteins killer T cells specifically target. The discovery of these epitopes will inform future studies of how the immune system targets the virus.

Going forward, the researchers plan to study samples from people who may have been infected with Ebola virus but never presented with symptoms, such as the family members of victims of the epidemic. They also hope to uncover why some people survived Ebola virus infection, only to experience reactivation of the virus months or years later. “Now that we are analyzing in depth the basic T cell responses, numerous studies by us and others are to follow,” Oldstone says.

Why is Covid-19 more deadly on weekends?

A global analysis of nearly 6 million Covid-19 deaths finds an increase in mortality at weekends compared to weekdays. Bureaucratic and reporting delays alone do not explain this, researchers report.