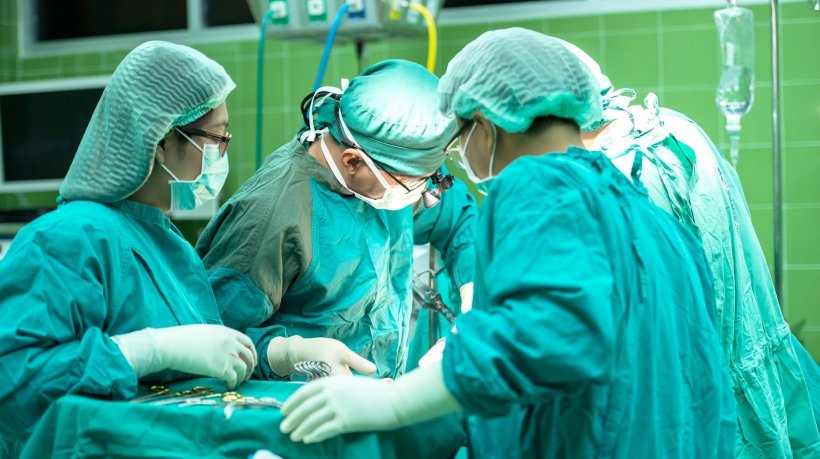 Their study, published in the journal PNAS, shows that certain epigenetic inhibitors expose and help to destroy dormant HCMV infections, which often reactivate to cause serious illness and death in these vulnerable groups. Subject to clinical trials, their proposed ‘shock and kill’ treatment strategy offers hope to transplant patients across the world.

Around 80% of the UK population is currently infected with human cytomegalovirus (HCMV) and in developing countries this can be as high as 95%. The virus can remain dormant in our white blood cells for decades and, if it reactivates in a healthy individual, does not usually cause symptoms. But, for people who are immunocompromised, HCMV reactivation can be devastating. HCMV reactivation has been identified in Covid-19 patients, though scientists do not yet understand the relationship between the two viruses. Reactivation or re-infection in transplant recipients can lead to severe illness, including organ rejection and, in some cases, death.

More than 200,000 kidney, lung and stem cell transplants take place globally every year and HCMV reactivation occurs in more than half of these cases. For reasons scientists don’t yet fully understand, immunosuppressants appear to encourage the virus to reactivate as well as compromising the patient’s ability to fight it. There remains no effective vaccine against HCMV and anti-viral therapies often prove ineffective or detrimental.

Now, a team from the University of Cambridge’s School of Clinical Medicine has identified a drug type and treatment strategy that could dramatically reduce these devastating reactivation events. The study describes how scientists exposed HCMV-infected blood samples to a wide-range of ‘epigenetic inhibitors’ – drugs widely used in cancer treatment – hoping to prompt the latent virus to produce proteins or targetable antigen that are visible to our immune system. They discovered that a particular group of these drugs, ‘bromodomain inhibitors’, successfully reactivated the virus by forcing it to convert its hidden genetic instructions into protein. This then enabled T-cells in the blood samples to target and kill these previously undetectable infected cells.

When the virus puts its head above the parapet, its cover is blown, and the immune system will see it and kill the cells it’s been hiding in

The study is the first to identify the involvement of human host bromodomain (BRD) proteins in the regulation of HCMV latency and reactivation but also proposes a novel ‘shock and kill’ treatment strategy to protect transplant patients. Lead author Dr Ian Groves said: “We’re looking to purge the patient’s viral reservoir before they go into the operating theatre and before they start taking immunosuppressants, when they would become extremely vulnerable to the virus reactivating. In other words, we’re proposing a pre-emptive strike. Prior to transplantation, many patients will have a relatively healthy immune system, so when the virus puts its head above the parapet, its cover is blown, and the immune system will see it and kill the cells it’s been hiding in. Ideally, donors would also be treated to avoid re-infecting recipients.”

There are similar drugs in Phase 1–3 clinical trials around the world for other intended uses, mainly in the treatment of cancers but also Type 2 diabetes-related cardiovascular disease. Dr Groves said: “This would be the first type of treatment to reduce HCMV infection levels pre-transplant in order to lower the chances of virus reactivation during immune suppression after transplantation. Our findings could lead to thousands of lives being saved every year. In addition to the terrible human suffering this virus causes, treating its effects adds enormously to the high costs already incurred by transplantation. It’s a really serious issue for health services in wealthy nations and a desperate one in developing countries. Our findings offer an opportunity to transform this horrible situation.”

The study builds on over 25 years of extensive research into the molecular biology of HCMV and its immune evasion tactics (funded by the Medical Research Council). The researchers hope their study could eventually help doctors fight HCMV on other fronts, including in maternity and neo-natal care. HCMV affects at least 1% of all live births in developed countries, and many more in developing countries. These children can be left with brain damage and hearing loss, but congenital infection during pregnancy can also lead to miscarriage.

A pioneering ‘smart contact lens’ to test the eye in a quick, non-invasive way could prevent deaths caused by fungal eye infections in developing countries.