Every year about 15 focused sessions are held at the RSNA in Chicago to present and debate ‘hot’ topics; naturally, these are well-attended. However, last November, one session had a pull greater than any man-made magnet today; radiologists filled every seat and latecomers lined up against the walls. The subject: Photon counting. Although, in physics, scientists have used photon counting for almost a century, and it entered nuclear imaging fifty years ago, the current upsurge of interest among radiographers relates to the question posed by the session: Is it the future of X-ray imaging, from mammography to CT?
The panel of experts where there to demonstrate that, combined with ‘spectral information’, photon counting can potentially turn a black and white X-ray into colour, and show up not only the attenuation but also individual elements in the body, such as contrast agents (e.g. iodine used to visualise coronary arteries), bone or water. It also can eliminate electronic noise, particularly important in low dose applications.

Dr Mats Danielsson, professor of medical imaging at the Royal Institute of Technology in Stockholm, Sweden, initially explained the physics of photon counting, and then presented techniques to counter certain technical obstacles for its use in medical imaging. Describing several prototype imagers that used gas, silicon, or cadmium zinc telluride (CdZnTe), he also mentioned that he had seen a clinical image from the use of CdZnTe for the first time during the RSNA meeting.
Andrew Maidment PhD, who heads the physics section at the Department of Radiology, University of Pennsylvania and also leads liaison between the American Association of Physicists in Medicine liaison and the RSNA Scientific Programme Committee, pointed out that amplification enables individual counting of each X-ray photon, and that it ‘…delivers high quantum efficiency with a fast readout, unlimited dynamic range and no electronic noise, and the slit geometry effectively eliminates scatter’. Advanced applications of photon counting, he said, include tomosynthesis and dual-energy imaging, but he added that, as with other scanning applications, imaging performance differs in scan and non-scan directions. ‘Resolution is poorer in the scanning direction due to motion blurring and correlation in the slot direction results in degraded noise performance.’
The breast images from a pilot mammography study in Stockholm, shown by Dr Maidment, demonstrated that structures such as cysts, calcifications, and lymph nodes were extremely well-defined. He also pointed out that photon counting was superior in terms of detective quantum efficiency.
When our European Hospital correspondent later asked Prof Danielsson to expand on the promise of photon counting, he began by posing his own question: ‘With so much potential, why has this not been used before? We believe this is because the “rates” in medical imaging are so much higher than in any of the other applications, in X-ray imaging the number of X-rays incident can be as high as 100 MHz/mm2, equivalent to 100 million X-rays per second per square millimetre. In tele-communications, and some other high demand applications, this still does not seem extraordinary - but if you add the requirement that, in medical imaging, the number of pixels required to acquire data for a whole image often amounts to five million, you have something of an insurmountable difficulty. Even today, given the most ingenious engineers and state-of-the-art technology in terms of integrated circuits and detectors, it is almost impossible.
‘At the RSNA workshop Dr Rudiger Schultz-Wendtland, from Erlangen, argued that the current technology, which integrates the current and builds and forms an average value based on many X-rays (as opposed to counting them one by one) is in fact good enough, since the noise is so low anyway. He further asks for additional clinical trials to demonstrate the actual clinical benefits,’ Prof Danielsson pointed out. ‘Dr Matthew Wallis, at Addenbrooks Hospital in Cambridge, UK, did not agree. He said: “Several trials have been performed with the same outcome that the photon counting technology significantly reduces the radiation dose at unchanged clinical performance. It would not be ethical to expose women to extra radiation in order to prove the benefits in any further randomised clinical trials. Dr Wallis was also impressed by the robustness of the new photon counting technology for mammography: “ We put it into a three-year-old van running on cobbled streets and operated it five days a week plus alternating Saturdays; nine months a year and with a double shift, three days a week with 140 appointments per day. Once in the sun the temperature in the can rose to 43 degrees Celsius, this was too much for the radiographers but the machine was still working”.
‘The application where the photon counting technology has really taken off is in mammography. In this application the rates of X-rays are slightly lower and more reasonable to handle and the advantage with low radiation dose is particularly important; since the female breast is so radiation sensitive and so many healthy individuals are examined in screening mammography. The Sectra MicroDose Mammography is the first and only commercially available photon counting system in X-ray imaging and it is now in use in 15 countries in the world. As can be seen in the figure 1 the Detection Quantum Efficiency (DQE) is high and does not drop of when the radiation dose goes down almost to zero, which is not the case for any other system.
‘One of the great news items during 2008 was that the first photon counting CT Images were presented at RSNA. This is the result of focused research within GE Healthcare, and even if it is still very much a prototype the preliminary results look very impressive.’
Those results were highlighted during a dedicated two-hour workshop on photon counting in planar and tomographic applications, organised by Prof Danielsson, which took place in early February during the SPIE conference on Physics of Medical Imaging in Orlando, Florida.
‘It may be too early to say that photon counting will be the future of X-ray imaging from mammography to CT, but one thing is certain, we have so far only seen the beginning in a very exciting development and there is more news to come,’ Prof Danielsson concluded. ‘Colours mean more information than black and white — in the case of X-ray imaging counting photons may really be the way to see the light.’

Although the majority of the 18,000 participants at ECR 2009 were radiologists, medical writer Rob Skelding reports that a specific session for radiographers was well attended. The event also…

Roles in radiology, research, plus a private life?

The case for contrast-enhanced mammography

Contrast-enhanced mammography (CEM) has gone a long way since it was first approved by the Food and Drug Administration (FDA) in 2011. An Italian expert explained how useful the modality has become… 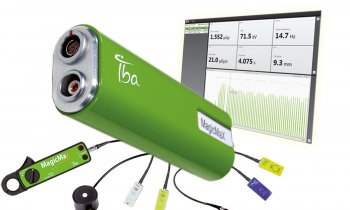