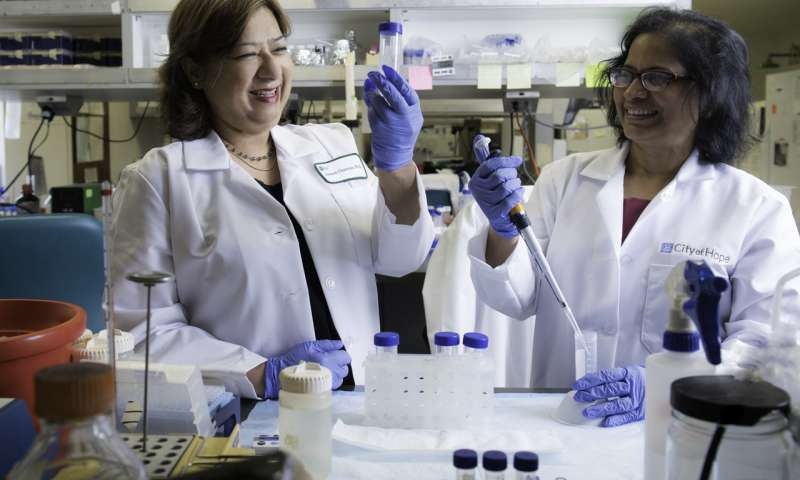 “Our editing platform provides a new tool for the precise correction of genetic mutations."

This editing platform, discovered by City of Hope’s Saswati Chatterjee, Ph.D., eventually may be used to cure inherited and acquired diseases. “Our editing platform provides a new tool for the precise correction of genetic mutations in this rapidly growing field,” said Chatterjee, senior author of the new study and a professor in the Department of Surgery at City of Hope. “Think of it as swapping out a mutated gene for a healthy gene to correct genetic mutations.”

The proof-of-concept study spotlights a promising new gene-editing platform that may eventually be used to treat diseases such as sickle cell disease, hemophilia (a condition that reduces the ability of blood to clot) and other genetic disorders, Chatterjee said.

This genome-editing platform, tested using human blood and tissue as well as in preclinical models, is based on a family of nondisease-causing viruses known as adeno-associated viruses (AAV). “Although injecting viruses into humans may sound alarming, a large portion of the population already has been exposed to AAV with no harmful consequences in their normal life,” Chatterjee said.

“The potential of altering the course of genetic diseases is immense."

Chatterjee’s research group isolated a subgroup of AAV known as AAVHSCs, which originate from human blood stem cells. The team discovered that AAVHSCs have the ability to efficiently deliver corrective DNA sequences to the nuclei of targeted cells in the body. Through a process called homologous recombination, these corrective sequences replace disease-causing genetic mutations in the genome. Since the therapeutic correction is at the genome level, it should lead to lifelong correction. “We found that AAVHSC-based editing vectors can efficiently edit the genome following a single administration,” Chatterjee said. “We hope to use these properties to develop widespread and accessible genome editing used to treat genetic diseases around the world.”

The editing platform works efficiently in stem cells and mature cells, including adult liver and muscle cells. Successful utilization of AAV has the potential to change the world of gene editing, said Yuman Fong, M.D., co-author of the study and the Sangiacomo Family Chair in Surgical Oncology at City of Hope. “We at City of Hope are attempting to build the foundation for another landmark treatment, like we did for synthetic human insulin,” Fong said. “The potential of altering the course of genetic diseases is immense. Pairing the right AAV with blood stem cells is going to be an instrumental technique for precision medicine, the next frontier of medical treatment.”

The idea of testing blood or urine to find markers that help diagnose or treat disease holds great promise. A new study helps set standards for RNA sequencing, improving consistency and laying the…

A new technique – single cell RNA-sequencing – may offer answers and hope to the 200,000 mothers and partners affected by pregnancy loss in the UK every year.

Oxford Gene Technology to be acquired by Sysmex Corporation

Oxford Gene Technology (OGT), The Molecular Genetics Company, today announced that it has signed an agreement to be acquired by Sysmex Corporation, a Japanese in vitro diagnostic company.