A new study by Călin Guet, Professor at the Institute of Science and Technology Austria (IST Austria), and Magdalena Steinrück, PhD student in Guet’s group, shows that a gene’s neighborhood can influence whether and how the activity of a gene changes.

In their study, Steinrück and Guet used experimental evolution to investigate how the position of a gene on the chromosome influences mutations that increase the activity of the gene. The researchers engineered the DNA of the gut bacterium Escherichia coli to place an antibiotic resistance gene at different positions of its chromosome. This gene allows the bacterium to pump the antibiotic tetracycline out of the cell. At the start of the experiment, the gene was almost completely switched off. The researchers then added more and more tetracycline to the bacteria’s environment. This challenges the bacteria to switch the gene on by mutation, as producing more of the antibiotic resistance gene allows them to pump the antibiotic out, so that they multiply and survive. The authors found that the bacteria were much more likely to survive with the resistance gene in some places of the chromosome than at others. This is because the gene’s neighborhood affects which types of mutations can occur – some forms of mutations can only occur if the neighboring genes permit them to.

“We show that genes can influence the mutation and adaptive potential of nearby genes. The organization of genes on a chromosome is both cause and consequence of evolutionary change”, explains Călin Guet. Their research has vital implications, for example for the global health problem of antibiotic resistance. Magdalena Steinrück: “It is similar to the way humans develop: People in your neighborhood can influence greatly how your future looks like. Our study shows that antibiotic resistance developing from gene activating mutations depends strongly on the gene’s neighborhood.” Chromosome neighborhood effects have not been looked at in detail so far. In future, such findings could help to better estimate whether new antibiotic resistance is to be expected. 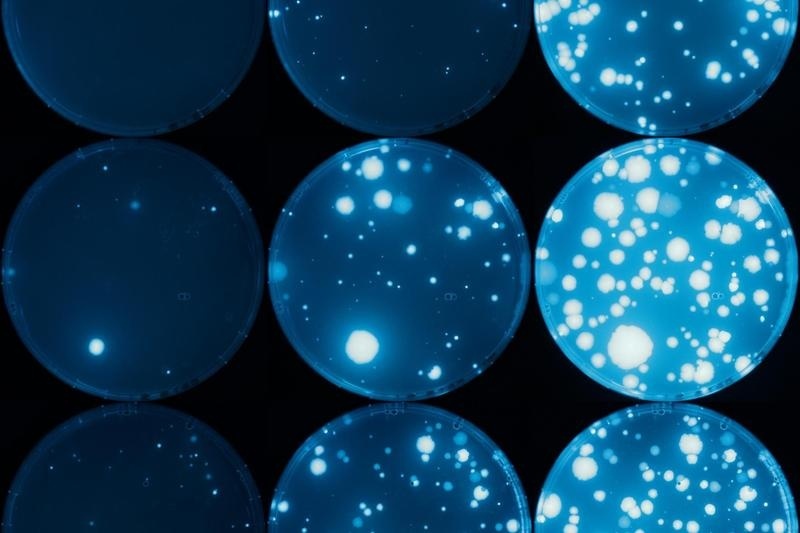 Can autophagy stop cancer before it starts?