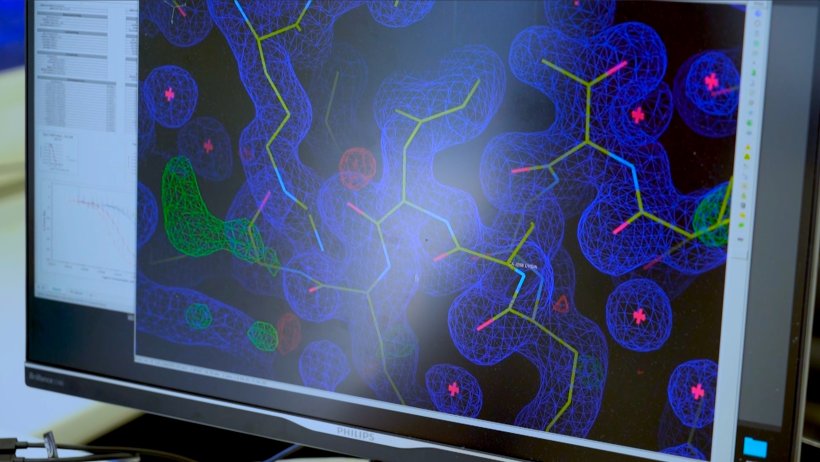 Up to now, the development of novel and targeted protein-based therapeutics has been subject to numerous challenges. Research appeared to be lengthy and difficult to predict, and active substances did not always show the desired activity or stability. Recently, however, cutting edge computational design methods have been enabling the development of novel protein-based agents with great precision and many times faster than ever before.

Together with an international network of scientists, Max Planck researchers Mohammad ElGamacy and Andrei Lupas present a solution, using a restructuring strategy based on state-of-the-art computer algorithms for the evolution of protein variants. In the current issue of the scientific journal Nature Communications they illustrate this with the example of the protein hormone G-CSF which is involved in blood formation.
In its role as a cytokine, it is commonly used in the treatment of neutropenia, a disease of the hematopoietic system. It stimulates the formation of granulocytes, white blood cells, in the bone marrow and plays a significant task in the proper function of the immune system as well as in the flush of stem cells from the bone marrow into the blood.
"To investigate the clinical potential of our newly designed proteins, we studied their biological activity in human stem and progenitor cells. They activated the signaling pathway of the protein hormone G-CSF and generated mature white blood cells from their stem and progenitor cells," explained Andrei Lupas, Director of the Department Protein Evolution at the Max Planck Institute of Biology in Tübingen and Managing Director of the Friedrich Miescher Laboratory.

In particular, the researchers wanted to alter the solubility and stability of the protein with a view to improving its efficacy as a cytokine-based agent. This they accomplished by adapting parts of the protein molecule's complex folding structures by modifying and optimizing the sequence of its amino acids. Testing only four different variants, which they named Boskar 1 to 4, one of them, Boskar4, proved to be particularly active, thermally hyperstable, and also resistant to unwanted degradation by enzymes. And although all four designs differed markedly from the original protein, all of them stimulated the formation of mature blood cells in experiments on human stem cells.
As the international research team was able to prove on the basis of analyses in living cells, the granulocytes were able to carry out their known tasks in the immune system. It was remarkable from the series of experiments that the newly created protein variants also showed effect in model organisms such as zebrafish or mice.
"The obtained results, which we were able to demonstrate ex vivo in human stem cells and in vivo using two animal models, show the application versatility of computational protein design in the development of new therapeutic agents without the need for costly and lengthy experimental screening," affirms Mohammad ElGamacy, last author of the study.

Future development of protein-based agents may also show great advance in view of the clinical inadequacies of present treatments, the authors of the study said. The Boskar designs can potentially be made orally available for the treatment of immune diseases as well as for anticancer therapy, which would improve the quality of life of patients with neutropenia. Until now, people with inherited pathological white blood cell deficiency have been dependent on daily infusion.
Another opportunity is seen in the treatment of people with neutropenia who do not respond to standard therapies because of some inherited mutations. The research team's Boskar designs have differing binding and signaling characteristics, and thus may bridge the shortcomings of recombinant cytokine therapies, the scientists said. The Max Planck researchers now work on using these design principles to create proteins useful for a wider variety of diseases affecting the hematopoiesis, including bone marrow failure syndromes.

Which patient will develop a severe form of COVID-19? This is an essential question which must be answered in order to improve the individual management and the prognosis of these patients. In a…

Blood stem cells have a surprising ability. In addition to ensuring the continuous renewal of blood cells, they keep track of past infections so that faster and more effective immune responses can be…