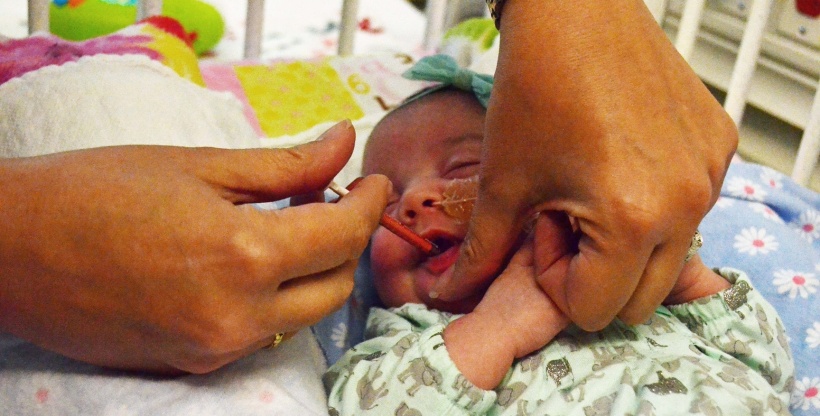 Physicians have been prescribing vitamin D in premature and preterm infants in neonatal intensive care units (NICU) to prevent rickets, a disease that causes soft, weak bones in children and is often associated with vitamin D deficiency. In spite of this, a sizeable number of infants still develop rickets, said Ann Anderson Berry, M.D., associate professor in the division of newborn medicine and medical director of the NICU at Nebraska Medicine, UNMC’s clinical partner.

She said current recommendations of vitamin D supplementation for preterm infants span a wide range of doses, even among major medical groups such as the American Academy of Pediatrics, the Institute of Medicine, and the Endocrine Society. And response to vitamin D supplementation and impact on outcomes in preterm infants is not well understood, she said.

The study provided more evidence in regards to bone health and ideal supplementation. The objective was to evaluate changes in vitamin D in the blood over four weeks in two groups of premature infants born between 24 to 32 weeks gestation. Researchers studied 32 infants at doses of 400 or 800 IU/day of vitamin D. Researchers saw an improvement in bone density and vitamin D levels in the blood at four weeks. They also saw improvement in growth that significantly decreased the risk of infants having very low bone density.

“We are hopeful that neonatologists will consider giving pre-term infants 800 IUs,” Dr. Anderson Berry said. “We know that even with standard vitamin D dosing, we were still seeing a fair number of pre- term infants who suffered from impaired bone health. This is another form of NICU therapy that can help decrease that risk.” She said the study is one of the first to look at higher dosing of vitamin D in premature infants. Information will be incorporated as a recommended practice for health professionals.

Undoing the damage of muscle dystrophy

A new technology has brought researchers one step closer to a future cure for Congenital Muscular Dystrophy type1A, a devastating muscle disease that affects children. The new findings are based on…

In a simulation training study, pediatric team leaders who wore a blindfold improved their leadership skills ratings by 11% over the course of 3 resuscitation scenarios, versus 5% for non-blindfolded…

People with Duchenne muscular dystrophy (DMD) can develop an otherwise-rare muscle cancer, called rhabdomyosarcoma, due to the muscle cells’ continuous work to rebuild the damaged tissue. However,…