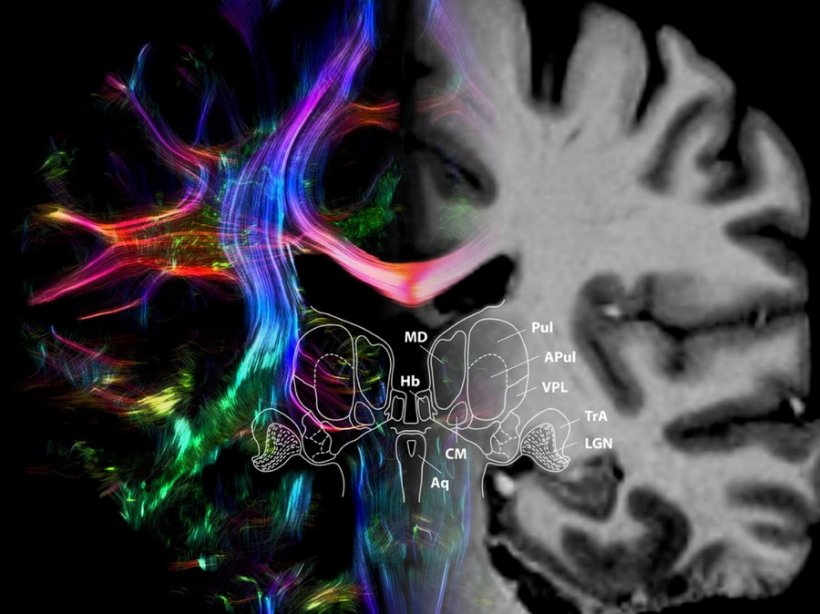 The new method, presented in the journal Neuroimage, could provide an in-depth understanding of visual sensory processing in both health and disease in the near future.

The visual sensory thalamus is a key region that connects the eyes with the cerebral cortex. It contains two major compartments. Symptoms of many diseases are associated with alterations in this region. So far, it has been very difficult to assess these two compartments in living humans, because they are tiny and located very deep inside the brain.

This difficulty of investigating the visual sensory thalamus in detail has hampered the understanding of the function of visual sensory processing tremendously in the past. By coincidence, Christa Müller-Axt, Ph.D. student in the lab of neuroscientist Prof. Katharina von Kriegstein at TU Dresden, discovered structures that she thought might resemble the two visual sensory thalamus compartments in neuroimaging data. The neuroimaging data was unique because it had an unprecedented high spatial resolution obtained on a specialised magnetic resonance imaging (MRI) machine at the MPI-CBS in Leipzig, where the group was researching developmental dyslexia. She followed up this discovery in a series of novel experiments involving analysis of high spatial resolution in-vivo and post-mortem MRI data as well as post-mortem histology and was soon sure to have discovered the two major compartments of the visual sensory thalamus.