Yet little research has been conducted which focuses on infants and preschoolers with mild to severe hearing loss to determine what support or services will help them succeed.

A large-scale, longitudinal study, the first-of-its-kind in the nation, has followed children ranging in age from six months to seven years old who experienced mild to severe hearing loss.

The Outcomes of Children with Hearing Loss (OCHL) study, conducted by researchers at the University of Iowa, Boys Town National Research Hospital, and the University of North Carolina at Chapel Hill, examined the impact of early identification and intervention on children with hearing loss.

The study's findings were published in a monographic supplement of the November/December issue of the journal Ear and Hearing, published by the American Auditory Society.

The study also revealed that providing children with well-fit hearing aids is associated with better rates of language development. However, the study showed that more than half of children's hearing aids were not fitted optimally, limiting the amount of access children had to speech information through the hearing aid.

"Audiologists for a long time have been able to put these children in a test booth and show that, yes, these kids hear better when they have hearing aids on than when they don't have them on," says Bruce Tomblin, an emeritus professor in the University of Iowa's Department of Communication Sciences and Disorders.

From this knowledge, Tomblin says, researchers and clinicians have assumed that hearing aids should be good for hard-of -hearing youth in terms of learning, speech, language, and socialization.

Tomblin notes that "our research now provides strong evidence in support of these expectations."

Importantly the new study also discovered that many hard of hearing children who receive optimal, early services are able to "catch up or significantly close the gaps with their hearing peers," according to Tomblin, who was the D.C. Spriestersbach Distinguished Professor of Liberal Arts and Sciences in the UI College of Liberal Arts and Sciences during the course of this study from 2008-12.

"The cautionary note from our research is that any degree of hearing loss, even mild, can place children at risk. Our study shows that the risk can be minimized with early and aggressive intervention," he says.

Moeller and Tomblin have been co-principal investigators since the study's inception in 2008.

Moeller says that this study empowers parents and health care providers with the empirical support to put safety nets and protections in place that may help children with hearing loss succeed in all facets of their lives.

"Protection arises from properly fit hearing aids that are used consistently, and providing a rich linguistic environment around the child," Moeller says, "as well as making sure the families who need additional support and knowledge receive it."

The study collected data from 317 children who are hard of hearing and a comparison group of 117 children with normal hearing. The children were recruited from locations surrounding the three collaborating sites and ultimately came from 17 states. With a few exceptions, children in the OCHL study had permanent, bilateral hearing losses, and all but a few children were fitted with hearing aids.

The majority of the children, 76 percent, were identified through newborn hearing screenings.

The National Center for Hearing Assessment and Management (NCHAM) reports that detecting and treating hearing loss at birth for one child saves $400,000 in special education costs by the time that child graduates from high school.

"One of the reasons there hasn't been a study like this before is that we've only been doing newborn screening for 10 years, " says Ryan McCreery, another researcher involved with the study.

"Before universal newborn hearing screenings, we weren't catching kids with hearing loss until they were already through some very important stages in language development," says McCreery, who is also the director for the Center for Audiology at Boys Town National Research Hospital. "This is really the first cohort of children who were identified with early hearing loss early enough to allow exploration of their early development."

The researchers are now, for the first time, able to follow these children through their life-long experience with hearing aids.

This study is cause for optimism, Tomblin says, because it focused on "malleable" factors - that parents, health care providers, and educators have the power to influence.

"We can't change these children's socioeconomic status," Moeller says. "But we can offer parents more knowledge, we can help make sure that these kids have properly fit hearing aids, or offer more therapeutic support."

Predicting the aneurysm risk for kids with Kawasaki disease

When Olivia Nelson was 3 years old, her parents noticed that she had a fever that wouldn’t get better. They brought her to a nearby hospital, where she spent about two weeks being screened for…

Jan Walker, a retired administrative assistant to the superintendent of Boaz City Schools, was getting ready for her regular doctor visit and noticed a lump on her neck. Her primary care physician…

Watching movies can replace anaesthesia for children in radiotherapy

Children with cancer could be spared dozens of doses of general anaesthesia by projecting a video directly on to the inside of a radiotherapy machine during treatment, according to research presented… 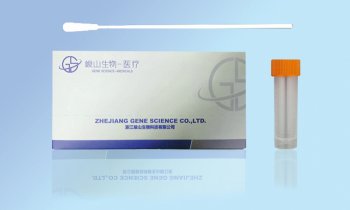