Many different genetic alterations (mutations) influence the clinical phenotypes of monogenetic and polygenetic inherited but also somatic diseases. Germ line mutations that confer a severe impact on the phenotype are usually found in rare diseases (orphan diseases). In contrast, common germ line mutations (polymorphisms) with little negative selection pressure occur frequently in the gene pools of populations (e.g. the factor V Leiden mutation, associated with venous thrombosis, has a frequency of about 5% in Caucasians). It is important to be aware that mutation carriers do not always develop the disease. Furthermore, mutations do not necessarily lead to the same phenotype in every mutation carrier, which is due to endogenous and exogenous modulators.

Up to now the influences of modulators are not well known, and it is often difficult to predict the consequences of a mutation for individual patients. Despite these limitations, genetic tests are very valuable because they allow the early detection of mutations and are important for diagnosis, prognosis, prediction of relapses, selection of therapies, monitoring of therapy responses and family studies (identification of carrier relatives).

Most proteins involved in blood coagulation are well characterised, their functions are known and their genes have been cloned and sequenced around 30 years ago. Despite that, we still do not have international guidelines on molecular genetic diagnostics of coagulation disorders. This is partly due to the heterogeneity of the disorders of the haemostatic system. For example, in haemophilia A, a disease caused by a deficiency of coagulation factor VIII, we can differentiate severe and mild forms.

Most patients with factor VIII levels below 1% exhibit a severe bleeding phenotype. However, about 10-15% of patients with extremely low or undetectable factor VIII levels show a milder disease phenotype with reduced frequencies of spontaneous bleeding. Furthermore, in some patients the same missense mutations lead to a severe phenotype, while they cause a mild form in other patients. The disease-modifying causes are unclear and are currently under investigation.

Surprisingly, even in this monogenic disease no mutation can be found with conventional molecular methods in approximately 2% of severe patients. Novel technologies, such as next generation sequencing, quantitative RNA analysis or methylation studies, offer options to identify the underlying causes for the disease in these patients. It has been shown that molecular genetic analyses allowthe identification of patient subgroups and the selection of customised, personalised treatments in haemophilia A. Patients with a high risk to develop therapyinduced inhibitors, who need specific treatment regimes, can be found by mutation analysis.

As has been presented above, imbalances within the haemostatic system lead to bleeds but they may also cause thrombosis in arteries or veins. Despite successful research, our understanding of the disease pathogenesis of thrombotic disorders is still incomplete. While for venous thrombosis the role of mutations is well established, genetic risk factors for arterial thrombosis are less well defined. Although many single nucleotide polymorphisms (SNPs) in candidate genes have been associated with plasma concentrations of the respective proteins and a risk of ischaemic stroke or myocardial infarction, published results for individual polymorphisms and genes are inconclusive and often controversial.

Risk genotypes and risk profiles are associated with these diseases in large patient collectives (>10,000 cases), but the relevance for individual patients is frequently unclear. Nevertheless, it can be expected that genetic, genomic, and epigenetic discoveries will enhance the diagnostic capability and improve the treatment options for these common diseases.

The finding that every gene has a specific position in the genome is of central importance. The loss of the appropriate position by e.g. translocations or inversions usually leads to significant changes in gene expression and subsequently to severe disease. Chronic myeloid leukaemia (CML) is a stem cell neoplasm caused by the reciprocal translocation t(9;22). The translocation generates the fusion gene BCRABL1, which is found in leukaemic cells of more than 95% of human CML patients and about 30% of adult patients suffering from ALL. BCRABL1 is a constitutively active tyrosine kinase activating several signalling pathways. The constitutively active tyrosine kinase is responsible for impaired apoptosis and uncontrolled proliferation of cells, and the initiation and manifestation of the disease.

The identification and understanding of the molecular lesion led to the development of a targeted therapy. The first BCR-ABL1 kinase inhibitor was imatinib, a small molecule, which produces major and stable cytogenetic responses in a majority of patients in chronic phase of CML. Although a large percentage of patients show complete cytogenetic response to imatinib, drug resistance may occur, which is usually due to mutations in the BCR-ABL1 fusion gene. Monitoring of minimal residual disease with molecular genetic tests during imatinib-therapy is of high importance. If BCR-ABL1 is detectable, sequence analysis has to be performed to identify the mutation. The type of the mutation is relevant for treatment switch to other tyrosine kinase inhibitors In addition to translocations, point mutations can be disease relevant in hematologic leukaemias.

Until about a decade ago, no molecular abnormalities were known for polycythaemia vera (PV), essential thrombocythemia (ET) or myelofibrosis (PMF). The discovery of a point mutation in codon 617 (valin to phenylalanine) of the JAK2 gene in a large percentage of these myeloproliferative neoplasms increased our understanding of these diseases and improved their diagnosis. The JAK2 V617F mutation results in the constitutive activation of the JAKSTAT pathway. In PV, approximately 95% of patients have a JAK2 mutation, in ET or PMF the frequency is approximately 50–60%.

Even today, relatively few molecular tests are certified for in vitro diagnostic use. Thus, every laboratory is responsible for the validation of the methods and reagents used for diagnoses.

PROFILE:
After gaining her doctorate at Vienna University Medical School, Dr Christine Mannhalter received a post-doctoral fellowship at the University of Southern California (USC) School of Medicine in Los Angeles. From 1985-2000 she was first Assistant Professor in the internal medicine clinic at Vienna School of Medicine and then Associate Professor in the Laboratory Medicine Department. Since 2000, she is full Professor of Molecular Diagnostics in Clinical Chemistry in the same unit. With major research interests in biochemistry, physiology and pathology of oncology etc., with awards and research funding bestowed for her work – currently on myeloproliferative neoplasms as well as cell communication in health and disease – and with her strong links to ethics groups, (she currently is President of the Austrian Agency of Scientific Integrity) Dr Mannhalter is a much welcomed lecturer.

SpeeDx Pty, Ltd. announced an agreement with Cepheid for distribution of its PlexPCRTM and ResistancePlusTM molecular diagnostic products in key markets throughout Europe. The agreement, covering…

Autokit CH50 Assay is an in vitro diagnostic (IVD) test for the quantitative determination of total complement activity in human serum. The complement system is a part of the immune system that…

Ascertaining the value of microRNA 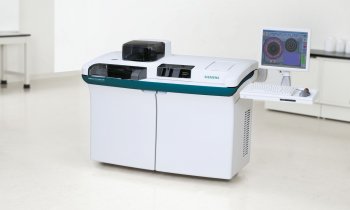