In May 2015 the ESR Executive Council decided to establish ESHI as a subspecialty society under the ESR’s umbrella. The society has been created with the aim of improving training in hybrid imaging so that its practitioners can make the best use of PET/CT and PET/MR for the benefit of patients.

“We hope that this new society will help to stimulate a much closer collaborative relationship between radiology and nuclear medicine, and will provide a framework for the future development of training, education and standards in hybrid imaging. It is very important that this unique field is represented by its own European body,” said ESR President, Prof. Luis Donoso Bach, from Barcelona, Spain.

The use of PET/CT and PET/MR is steadily increasing, leading to a growing need for knowledge and skills among the imaging community. As early as 2007, the ESR published a white paper in multimodality imaging together with the European Association of Nuclear Medicine (EANM). In 2011, the multimodality imaging training curriculum, written by the ESR and the EANM, was published in the journal Insights into Imaging. This curriculum sets out an appropriate knowledge base in multimodality imaging to help practitioners provide the highest quality of patient care. In November 2014, a session about hybrid imaging training was held during the Annual Leadership Meeting of the ESR’s European member societies, and the vast majority of the attendees supported the idea of establishing a European society for hybrid imaging. Radiology residents have also shown a strong wish to increase their training in nuclear medicine, as revealed by a survey conducted by the ESR among all its members-in-training in early 2015.

ESHI will be officially inaugurated at the European Congress of Radiology (ECR) in March 2016. The society will be open to both radiologists and nuclear medicine physicians. Further information, including how to join, will follow soon.

Dr Gerald Antoch, professor of radiology and chairman of the department of diagnostic and interventional radiology at Düsseldorf University Hospital and active member of several scientific…

For individualised radiotherapy, high-precision delineation and characterisation of the tumour is critical. If highest radiation doses are delivered in a targeted fashion, the chance of tumour cell… 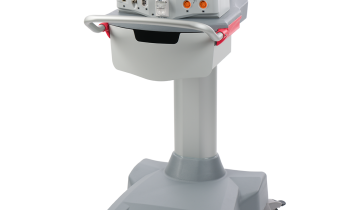