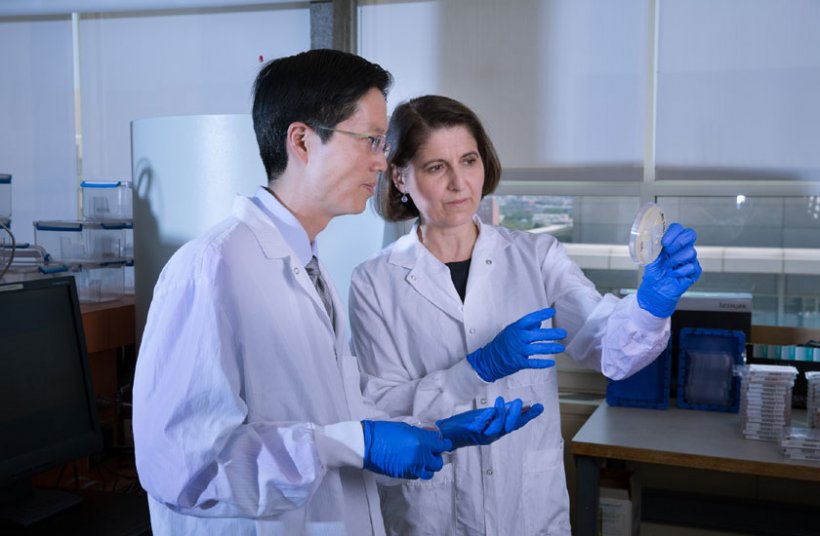 Antiseptic soap, mouthwash, and nose ointment after hospital discharge reduced infections and infection-associated hospitalizations due to MRSA in high-risk patients.

Hospital patients who have methicillin-resistant Staphylococcus aureus (MRSA) can prevent future MRSA infections by following a standard bathing protocol after discharge. The Changing Lives by Eradicating Antibiotic Resistance, or CLEAR, trial divided 2,121 adult patients at random into one of two groups. All patients in both groups were "colonized" with MRSA; that is, they carried MRSA silently on their bodies. One group received education in infection prevention measures related to personal hygiene, laundry and cleaning in the home, and the other group received the same education along with instruction in decolonization -- that is, a treatment regimen to remove MRSA bacteria from their bodies. The decolonization regimen included bathing or showering with an over-the-counter antiseptic soap, rinsing the mouth and throat with a prescription mouthwash, and applying an antibiotic ointment to the nose. The patients were taught to self-administer the decolonization regimen daily for five days, twice a month, for six months. "Our goal was to understand whether removing MRSA from the skin, nose and throat was better than hygiene education alone in reducing MRSA or other infections and associated hospitalizations," said Dr. Mary Hayden, professor of internal medicine and pathology, chief of the Division of Infectious Diseases, and director of the Division of Clinical Microbiology at Rush University Medical Center.

With an issue this large, we wanted to find best practice strategies to prevent these infections and associated hospitalizations

In the group that received education alone, one out of every 11 (9.2 percent) participants developed a MRSA infection and one in four (23.7 percent) developed a serious infection from any pathogen, with most infections (85 percent) leading to hospitalization. The decolonization plus education regimen reduced MRSA infections by 30 percent, compared to the group that only received education, and reduced all types of infections by 17 percent. Patients who did not miss any doses of decolonization had 44 percent fewer MRSA infections and 40 percent fewer infections overall. Participants in the study were recruited from 17 hospitals and seven nursing homes in Southern California (Orange County and Los Angeles County).

The participants were adults who were able to bathe or shower (either by themselves or with caregiver assistance), had been hospitalized in the previous 30 days, and tested positive for MRSA while in the hospital or 30 days before or afterward. (California mandates MRSA screening at hospital admission in high-risk patients). The researchers followed the patients for 12 months after they were discharged from the hospital, meeting with them in their homes or in a research clinic four times and conducting an exit interview at the end of the year. They also contacted the participants monthly, asked them to report any hospitalizations or clinic visits for infection and reviewed their medical records from the study period.

National data from the Centers for Disease Control has shown that MRSA carriers who are discharged from hospitals are at high risk of serious disease due to MRSA in the year following discharge. Approximately 5 to 10 percent of hospitalized patients are MRSA carriers. "With an issue this large, we wanted to find best practice strategies to prevent these infections and associated hospitalizations," said Hayden. "This large clinical trial helped determine that there is a way to help prevent infections after patients go home and it can prevent readmission."

Light microscope for viewing microorganisms such as bacteria and fungi are commonly found in scientific laboratories. A research team from Furtwangen University, the University of Tübingen and Carl…

Will resistant bacteria be the end of alcohol hand sanitizers?

Alcohol-based hand sanitisers have been a mainstay in hospital hygiene for decades. But now, strains of antibiotic-resistant bacteria show signs of overcoming these handwashing agents as well. Does…