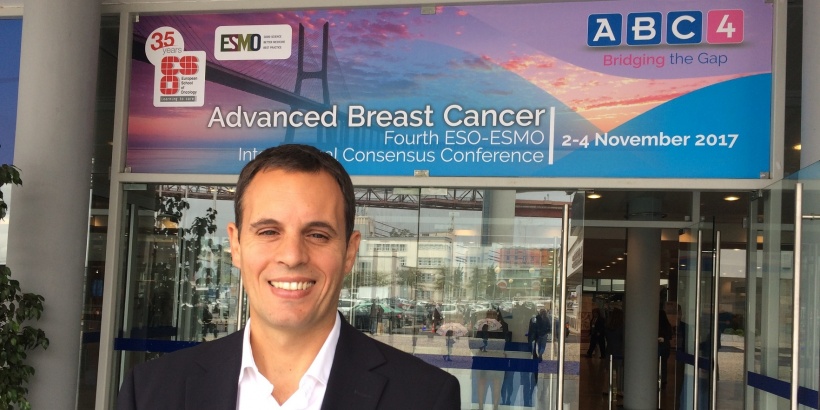 Hundreds of thousands of women around the world are being treated for advanced breast cancer, where the tumour has begun to spread to other parts of the body. Although treatment can extend women’s lives, it can also cause fatigue and pain and diminish quality of life. However, the new research suggests that women with advanced breast cancer can benefit from a tailored exercise plan, including aerobic and resistance training.

The study was led by Eduardo Oliveira, professor of exercise physiology at the University of Porto, Portugal, and an exercise cancer specialist at Mama Help breast cancer support centre. Professor Oliveira studied a group of 15 women aged between 34 and 68 years, who were all being treated for metastatic breast cancer and were not taking part in exercise when they joined the study. Eight women took part in a 12-week exercise programme, which included an hour of exercise twice a week. At each session, the women did a combination of aerobic exercise, designed to raise their heart rates, weight-bearing exercise, and arm rehabilitation exercises. The remaining seven patients continued to receive normal care.

All the women were tested at the beginning and end of the 12-week period to measure their cardiovascular fitness, defined as the amount of oxygen their bodies used while doing aerobic exercise (VO2max). Women who took part in the exercise programme experienced an average increase in their VO2max of 12.3%, compared to only 2.7% average improvement in the control group. This suggests the women taking exercise are becoming better at transporting oxygen around their bodies, with their hearts pumping blood and their muscles using oxygen more efficiently.

The results suggest that this is something worth exploring

Professor Oliveira also looked at a second cardiovascular measure called VO2max power, which is the patient’s rate of maximum power during exercise. Using this measure, he found that women who had been taking regular exercise improved by 37.2%, compared to 3.9% in the control group. This suggests the women taking part in the programme were also adapting well to endurance exercise. Pain, fatigue and quality of life were assessed via a questionnaire, which enabled the researchers to translate these factors into a system of points to allow comparisons to be made.

Women who were exercising reported an average 21.4-point reduction in pain, compared to an average 2.6-point reduction for women who were not following the exercise programme. For fatigue, there was a 14.4-point reduction in women exercising compared with 2.2 points in women in the control group. For emotional well-being, there was an improvement of 16.6 points compared to 11.0 points, and for women’s ability to carry out normal daily tasks, there was an improvement of 14.9 points compared to a 0.1-point deterioration. All the women taking part in exercise remained in the programme for the full 12 weeks, suggesting that they tolerated both aerobic and resistance exercise well.

Professor Oliveira told the conference: “While the benefits of exercise are generally well established, we know very little about its effects in patients with advanced breast cancer. These are women who may be suffering from severe pain and fatigue that make it difficult to live a normal life. It may also be difficult for them to begin an exercise programme without help and support."

“In this study, we have demonstrated that these women are able to take part in a well-planned exercise programme and that there are measurable benefits to their health and well-being. This is a small group of patients but the results suggest that this is something worth exploring for a much larger group of women. Unfortunately, there is a lack of awareness among health professionals about the therapeutic effects of exercise and that needs to change. We also need more sports scientists studying, working and researching in this area.”

The findings are excellent news for advanced breast cancer patients

Professor Oliveira plans to continue studying the effects of exercise on patients with advanced breast cancer to find out which groups are most likely to benefit and whether some types of exercise have a greater impact than others.

Chair of the conference, Professor Fatima Cardoso, Director of the Breast Unit of the Champalimaud Cancer Centre in Lisbon, Portugal, said: “The effects of exercise in early breast cancer have been well studied, but very little research around the world has focused on its role in advanced breast cancer patients, and this is what makes the work by Professor Oliveira and his colleagues so unique and important. “The research shows that participating in a moderate exercise programme for 12 weeks had a good impact on overall quality of life and, importantly, on control of pain and fatigue, which is a common and hard-to-control cancer symptom. The findings are excellent news for advanced breast cancer patients. The fact that it is easy to implement makes these findings potentially practice-changing when confirmed in larger numbers of patients.”

Menarini Silicon Biosystems announced that a new study has found that using circulating tumor cells (CTCs), a form of liquid biopsy, holds promise as a key tool for developing a staging system that…

Extensive surgery involving mastectomy and removal of several lymph nodes can be safely avoided for more women with some types of breast cancer, if they receive targeted drugs before surgery,…