Chest radiographs play a crucial role in the diagnosis and follow-up of numerous disorders and are thus a first line imaging diagnostic tool worldwide. CT is the imaging method of reference for the diagnosis and follow-up of almost all disorders in the lungs and the mediastinum. More recently, cardiac CT angiography has become a useful method for ruling out coronary artery disease.

“In the past radiation dose could be reduced due to several technical advances”, explains Dr Denis Tack, radiologist at the Clinique Louis Caty, Baudour Hospital in Belgium. The dosedelivered for a state-of-the-art chest radiograph (CXR) in 1990 was about 0.08 mSv which is equivalent to three days of natural background radiation. The introduction of digital phosphor plate technology however significantly increased these values up to 0.3 mSv in a standard patient of 75 kg. The recently introduced direct radiographs (DR), acquired with digital technology, have significantly reduced dose. The most influential advance in CT dose reduction, Dr Tack points out, is iterative reconstruction, a denoising technique that was developed in the 1980s for scintigraphy and has since been integrated into CT thanks to a huge increase in hardware power and speed.

“While in 2008 DLP for a chest CT typically ranged between 250 and 300 mGy.cm, it can now be lowered to 70 mGy.cm for standard full resolution images. A low-dose helical CT, that is a CT with lower but diagnostic image quality, is now obtained with 20 mGy.cm in a standard patient. Converting 20 mGy.cm into effective dose, we reach 0.3 to 0.4 mSv, which predictive value for non-pregnant patients is of no use here, as the levels are elevated in pregnancy,” he said.

The physiologic changes in pregnancy mimic pulmonary embolic disease with swollen legs, pelvic pain, and possibly rib pain, he is the upper range of typical doses for chest radiographs. In babies, low-dose cardiac CT can be obtained with only 2 mGy.cm,” the Belgian radiologist says. New iterative reconstructions, which are available with the four main CT manufacturers, can be delivered with a reconstruction speed of more than 20 images per second – sufficient for routine CT scanning.

Despite the technological progress, the radiologist’s skills are still needed to lower the dose while obtaining an image quality that allows a confident diagnosis. The first important step is to understand how the CT works in terms of dose modulation. The second step, optimisation, requires a certain amount of time. “As long as you are satisfied with your image explained, making it difficult for a referring physician to make a clinical assessment. Yet concerned they may miss a potentially fatal case of VTE, and with the threshold for suspecting the diagnosis lowered, there is a potential for over-diagnosis. To exclude a chest infection or pneumothorax, the radiologist can proceed with confidence in ordering a chest x-ray. In a second step, compression ultrasonography of the lower limb is required to exclude deep vein thrombosis. “The diagnostic yield for this examination will be low”, Gleeson said, “but it has the advantage that if a clot is found, it points to appropriate treatment without having exposed either the mother or the fetus to any risk of further radiation.” With inconclusive results to this point, the radiologist moves onto uncertain ground in considering a computed tomographic pulmonary angiography (CTPA), which is considered the gold standard test for patients who are not pregnant and radionuclide scintigraphy. Both tests expose the mother to a high dose of radiation with a risk of latent carcinogenic effects for radiosensitive breast tissue and uncertain effects for the fetus. Yet, while it is important to avoid ionizing radiation exposure during pregnancy, the risks of an undiagnosed pulmonary embolism (PE) are much greater than the theoretical risk to the fetus from diagnostic imaging.

Gleeson and colleagues at the Oxford Radcliffe NHS Trust in Oxford conducted a number of studies testing different algorithms for patients with suspected pulmonary emboli to determine which produces the highest yield with the lowest radiation dose to both the mother and the baby. First published in Clinical Radiology in 2006, their protocol calls for half-dose perfuquality, you are not ALARA: as low as reasonably achievable. Once you have lowered your dose and you begin to have doubts about the images, you reach the point of what is achievable.

The key to successful optimisation is to be sure that the image quality you need is sufficient for a confident diagnosis, but also that your dose is the lowest possible. Optimisation is more a philosophical concept than a technical one, even if technique is important”, Dr Tack adds.

Dr Tack is convinced that in the near future, chest CT will be obtained with the same dose as CXR which will, at least in part, solve the challenge of radiation for chest examinations: “I am sure the actual dose will be further reduced. The clinical benefits of CT are so high that we should not be restricted by dose considerations and in 15 years CT radiation dose will no longer be a subject of debate.” The path to that aim is justification: every CT scan and every delivered milligray have to be justified. Considering the optimisation potential of the technology, the concept of justification is essential in the development of solutions to reduce collective dose from diagnostic procedures.

Suspicion of venous thromboembolism (VTE) in a pregnant patient will quickly bring a radiologist to a choice, where the next step holds potentially significant consequences for both the mother and…

“With all that has been published in the past year on this subject, we will not lack interesting things to highlight and discuss during this session,” said Martine Remy-Jardin, MD, Head of… 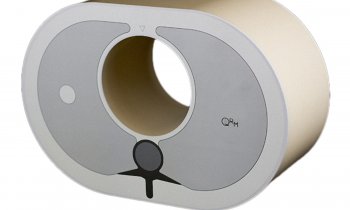