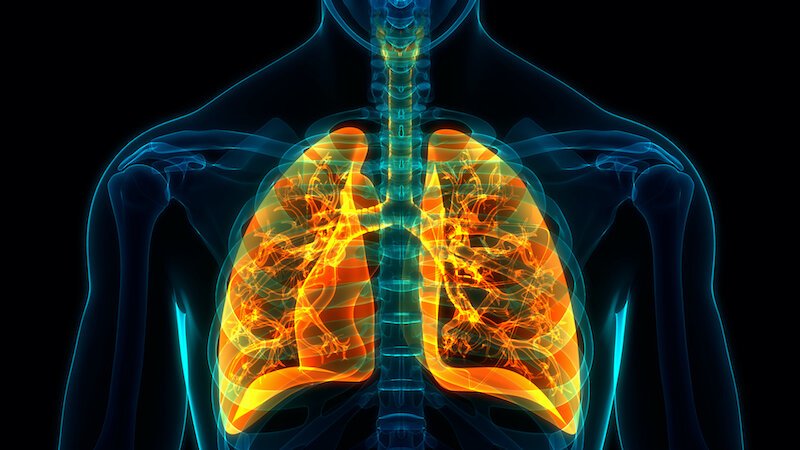 To treat and prevent these diseases, researchers need to understand why a lack of oxygen would affect the immune system.

If you've ever struggled to breathe, you've had a moment of hypoxia—a lack of oxygen. Hypoxia can have long-term effects. In fact, doctors describe hypoxia as an "initial insult."

Experiencing hypoxia is a known trigger for developing and worsening lung conditions such as severe asthma, chronic obstructive pulmonary disease (COPD), and fibrosis. To treat and prevent these diseases, researchers need to understand why a lack of oxygen would affect the immune system.

New research from scientists at La Jolla Institute for Immunology (LJI), shows that hypoxia can activate the same group of immune cells that cause inflammation during asthma attacks. As a person with gasps for breath, these cells flood the airways with molecules that damage the lungs.

"We show how lack of oxygen can be part of a feedback loop that can contribute to even worse inflammation," says LJI Professor and Chief Scientific Officer Mitchell Kronenberg, Ph.D., a member of the LJI Center for Autoimmunity and Inflammation. "This work gives us insight into the causes of fibrosis of the lung and severe asthma."

Kronenberg and his colleagues worked with a genetically altered mouse model to mimic the signals of hypoxia in the airway's epithelial cells, which line the paths to the lungs. They discovered that combining the hypoxia signals with inflammatory signals stimulated the "innate," or rapidly responding immunity, and an immune cell type called an ILC2.

An ILC2's job is to make signaling molecules (called cytokines) that quickly alert other immune cells to react to a pathogen. Unfortunately, ILC2s sometimes over-react and respond to harmless environmental allergens. In these cases, ILC2s churn out cytokines that drive mucus production and inflammation in the lungs. All this swelling and mucus leads to hypoxia.

As they report in Journal of Experimental Medicine, ILC2s respond to hypoxia as well, adding to the lung damage already caused during an asthma attack. "That hypoxia may then contribute further to inflammation," says Kronenberg.

The next step was to figure out exactly how epithelial cells activate ILC2 during hypoxia. LJI Postdoctoral Fellow Jihye Han, Ph.D., led the work to uncover an unexpected culprit: adrenomedullin (ADM). ADM is known for its role in helping blood vessels dilate, but until now it had no known role in immune function.

Kronenberg was surprised to see ADM involved—but not shocked. "We're finding that many molecules with no previously known role in the immune system can also be important for immune function," says Kronenberg. "We need to understand that more generally."

The researchers showed that human lung epithelial cells exposed to hypoxia also produced ADM. This means ADM or its receptor could be targets for treating inflammatory and allergic lung diseases.

The challenge is to find a balance between dampening the harmful immune response without leaving the body vulnerable to infections. Kronenberg points out that the epithelial cell-ADM-ILC2 connection protected mice from hookworm infections, which damage the lungs and gut.

"ADM is a new target for lung diseases and has been implicated in bacterial pneumonia as well," says Kronenberg. "But blocking it would have to be done carefully."

Study shows how air pollution eats away at the immune system

The diminished power of the immune system in older adults is usually blamed on the aging process. But a new study shows that decades of particulate air pollution also take a toll.

Increasing accessibility of remote and home monitoring for patients with pulmonary diseases can help improve treatment and rehabilitation adherence, and support health systems and hospitals in…