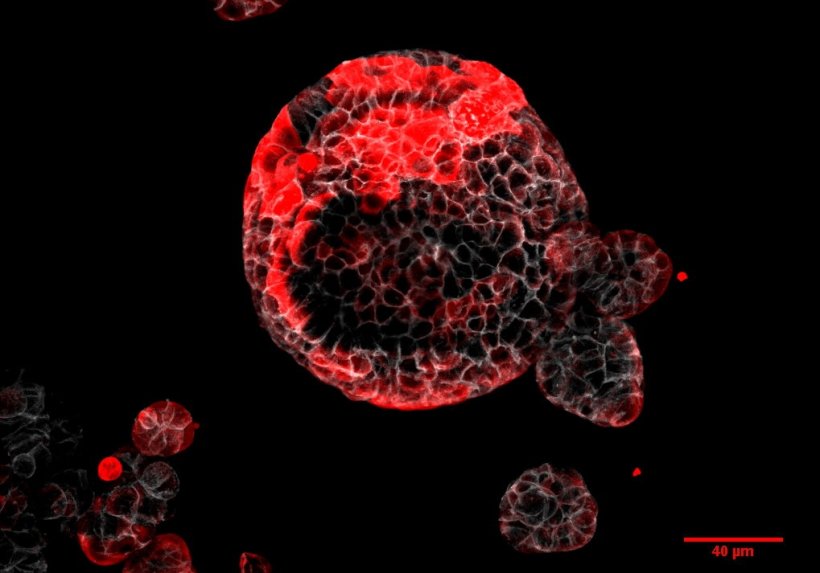 Colon cancer is the third most common cancer in the world, with about 2 million new cases each year. Most patients are diagnosed when the tumour is still located in the colon or rectum. These tumours are removed by surgery and, in many cases, are treated with chemotherapy in an attempt to prevent relapse. However, for between 20% and 35% of patients, the cancer reappears in the form of metastases in other vital organs. These are caused by residual tumour cells that remain hidden at the time of surgery. Metastases are the leading cause of death from almost all types of cancer, including colon cancer.

Most colorectal cancer research has focused on the primary disease. In recent years, there have also been important advances in the characterisation of metastatic disease once it manifests. However, until now, it had not been possible to study this small population of disseminated tumour cells that is invisible to the diagnostic techniques used in the clinic. This lack of knowledge has resulted in a dearth of effective therapies to eliminate residual disease and prevent metastatic recurrence, which has a poor prognosis. Scientists at IRB Barcelona, led by Dr. Eduard Batlle, ICREA researcher and group leader within the cancer CIBER network (CIBERONC), have for the first time identified residual tumour cells hidden in the liver and lung and have described how they evolve to give rise to the appearance of metastases in these organs. “Understanding and avoiding the phenomenon of relapse after surgery is an unresolved medical need. After many years investigating colon cancer, we have taken the first step to prevent metastases in patients who present with localised disease,” explains Dr. Eduard Batlle, head of the Colorectal Cancer Laboratory at IRB Barcelona.

Our discovery [...] represents a proof of concept that paves the way for the development of new therapies, specifically aimed at eliminating residual disease, as well as new diagnostic tools to identify those patients at the greatest risk of relapse

Scientists have developed a new experimental mouse model that recreates the process undergone by patients who relapse. This typically goes through the stages of diagnosis, curative surgery, and subsequent relapse. In parallel, they have devised a technique that allows the isolation of the tiny fraction of disseminated tumour cells that are hidden in the liver. "The model, which is very similar to the progression of metastatic colon cancer in patients, has allowed us to describe the dynamics of residual disease in detail. We have studied metastases ranging from the micro-scale of 3 or 4 cells to medium-sized or even larger ones and have detailed how each of them evolves during the progression of the disease,” comments Dr. Adrià Cañellas-Socias, a researcher at the laboratory headed by Dr. Batlle and first author of the study, which has now been published in the journal Nature.

Scientists have known for years that colon cancer are composed by different types of tumour cells, which perform distinct functions during the progression of the disease. Within the mixture of cell types that drive colon cancer, researchers led by Dr. Batlle have identified a population that they have called HRCs (High Relapse Cells). These cells have little proliferative activity and do not contribute to the growth of the primary tumour. However, clusters of HRCs are capable of detaching from the main tumor, migrating to the bloodstream, reaching the liver, and remaining hidden for some time after surgery. In samples from patients with colon cancer, researchers have been able to verify the presence of these same cells in those individuals at the greatest risk of relapse after treatment. 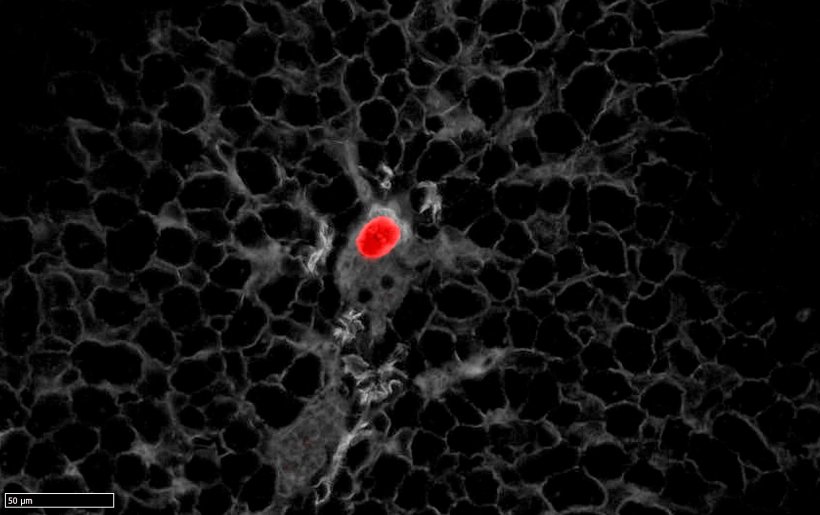 The researchers have also confirmed that eliminating these cells through genetic techniques is sufficient to prevent the formation of metastases; that is, mice with colon cancer remain disease-free after removal of the primary tumour and do not experience subsequent relapses. Dr. Batlle's team has also developed a therapeutic strategy to specifically eradicate residual disease and prevent recurrence. They have demonstrated that incipient metastases that are not yet visible can be eliminated by treatment with immunotherapy prior to surgery. “Our discovery reveals how the group of tumour cells responsible for relapse behaves and also the genes that define them. In addition, it represents a proof of concept that paves the way for the development of new therapies, specifically aimed at eliminating residual disease, as well as new diagnostic tools to identify those patients at the greatest risk of relapse. Finally, our study points to the need for a revision of the clinical guidelines in the treatment of this type of cancer because, in many cases, it would be advisable to prescribe immunotherapy before surgery,” concludes Dr. Batlle.

These discoveries open the possibility of developing new lines of research. Dr. Batlle's laboratory is now focused on studying when HRCs that have reached the liver become "activated" to regenerate a tumour, with the aim to interfere with this process and prevent the formation of metastases. They are also seeking to identify the factors that influence the appearance of these cells and why the number of these cells varies from one patient to another.

A clue to where cancer metastases are born

Even in remission, cancer looms. Former cancer patients and their doctors are always on alert for metastatic tumors. Now scientists at The Scripps Research Institute (TSRI) have discovered why some…

Deepening knowledge of the cancer genome

The term ‘cancer’ describes more than 200 different diseases and every single one needs to be clearly understood and requires, ideally, individual treatment. To do this we need to deepen our…