The findings were published in Cancers.

Based on our results, liquid biopsy is a promising method that can supplement the information obtained using traditional diagnostic methods

Liquid biopsy that utilises biomarkers released by cancer cells has been proposed as a possible method for the early detection of recurrent breast cancer, and for the monitoring of cancer progression. A major advantage of liquid biopsy over traditional tumour biopsy is the ease, safety and repeatability of sampling. In particular, liquid biopsy focuses on cell-free DNA released by cancer cells, which is known to carry mutations characteristic of the cancer tumour. This has enabled a new way of detecting cancer mutations without having to do a biopsy of the cancer tumour itself. “Our results show that liquid biopsy can be used to detect cancer mutations both from breast cancer tumours and their metastases. This provides further support for our hypothesis that liquid biopsy can, at least to some extent, be used to overcome the limitations of traditional biopsy.”

The researchers observed mutations characteristic of recurrent breast cancer in cell-free DNA months before the recurrent cancer was detected during a medical examination. With the mutations observed, the researchers were also able to assess changes in intratumoural heterogeneity, and to establish a more accurate understanding of the clinical picture. “By monitoring the cancer mutations detectable from cell-free DNA, it is possible not only to detect recurrent breast cancer but also to identify mutations that are relevant to treatment planning and thus to support medical professionals’ decision-making,” Professor Arto Mannermaa from the University of Eastern Finland explains. “Based on our results, liquid biopsy is a promising method that can supplement the information obtained using traditional diagnostic methods, and it can provide increasingly accurate information on the development and recurrence of breast cancer.”

A researcher at the Technical University of Denmark (DTU) has developed a mathematical model for use in automated image analysis of tissue samples. The model provides the possibility for better and… 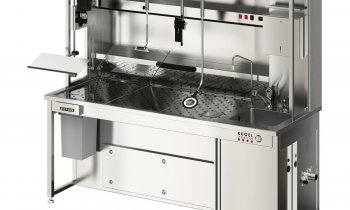 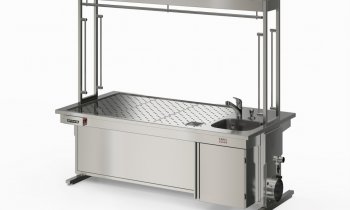