In a recent issue of the journal Radiology*, Dr Christian Fink and colleagues at the Radiology Department of the German Cancer Research Centre also pointed out that this development is beginning to manifest itself in lung perfusion imaging.

Diagnosis of numerous lung diseases requires precise perfusion imaging. The standard method, perfusion scintigraphy, involves injecting a radioactive substance into the bloodstream to scan its distribution in the lungs. Now the equally precise and completely radiation-free method for evaluating lung perfusion turns out to be a MRI scan.

In a comparative study of seven healthy pro-bands and 20 patients with suspected lung cancer, the researchers compared MRI with perfusion scintigraphy. MRI showed a higher temporal and spatial resolution in lung perfusion imaging and provides the additional advantage of 3D image data, which makes it easier to recognise blood circulation changes. Perfusion defects caused by tumours were recognised with high accuracy. In direct comparison with the standard method, MRI was found to be at least equally good.

It is too early yet for MRI to become a routine clinical method of lung perfusion imaging. The value of the new method first needs to be assessed in larger studies. But the investigators are optimistic that the radiation-free option may turn into the method of choice: ‘Image resolution in MRI is about twice as high as in perfusion scintigraphy so that we expect a higher detail precision compared to the standard method,’ Dr Fink said. Along with evaluation of perfusion, MRI also provides additional information, e.g. about the anatomy of blood vessels in the lungs and the temporal process of lung perfusion. Thus it provides insight about both vessel organisation and function of blood circulation down to the tiniest branches of the lungs.

The method can be used not only in diagnostics and surgery planning for lung tumour patients. It may, in the future, also be beneficial in non-invasive diagnoses of other lung diseases, such as pulmonary embolism, emphysema, and chronic bronchitis. For now, however, MRI is substantially more expensive than the standard method (approx. 300 euros v. 75 euros per examination), since the remuneration system does not yet take adequate account of innovative methods of this kind.
* Christian Fink et al.: Regional Lung Perfusion: Assessment with Partially Parallel Three-dimensional MR Imaging; Radiology 2004; 231: 175-184.

Inhalation therapy is widely used for the treatment of lung diseases. Targeting of drugs to the site of disease is a major goal to improve drug efficacy and minimize side effects. Scientists at the… 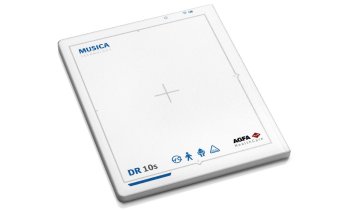