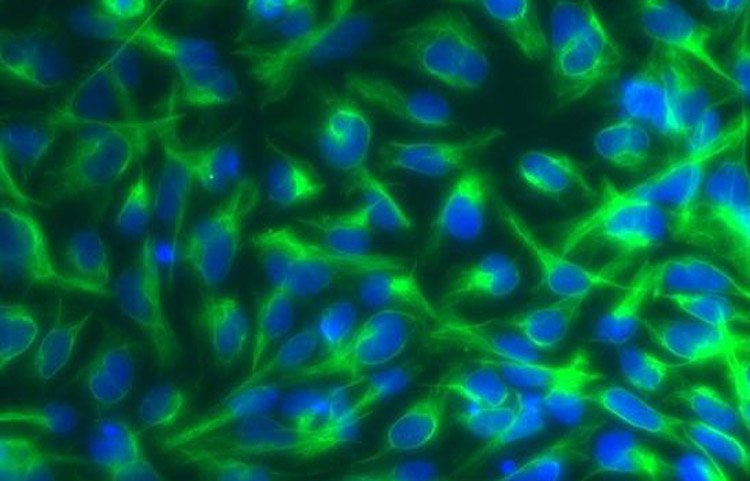 The researchers expect to test the findings in a clinical trial evaluating the stem cell therapy in newborns who experience a brain injury during birth called perinatal hypoxic-ischemic brain injury (HII). The study was published in Cell Reports.

This study suggests that a readily available technique, MRI may be a useful tool to determine who will or will not benefit from neural stem treatment

“In order for stem cell therapies to benefit patients, we need to be thoughtful and scientific about who receives these treatments,” says Evan Y. Snyder, M.D., Ph.D., professor and director of the Center for Stem Cells and Regenerative Medicine at Sanford Burnham Prebys, and corresponding study author. “I am hopeful that MRI, which is already used during the course of care for these newborns, will help ensure that infants who experience HII get the best, most appropriate treatment possible. In the future, MRI could help guide the use of stem cells to treat—or in some instances, not treat—additional brain disorders such as spinal cord injury and stroke.”

Scientists now understand that, in many instances, human neural stem cells are therapeutic because they can protect living cells—in contrast to “re-animating” or replacing nerve cells that are already dead. As a result, understanding the health of brain tissue prior to a stem cell transplant is critical to the treatment’s potential success. Tools that help predict the efficacy of neural stem cell therapy could increase the success of clinical trials, which are ongoing in people with Parkinson’s disease, spinal cord injury and additional neurological conditions, while also sparing people who will not respond to treatment from an invasive procedure that offers false hope.

“We know that stem cell therapies hold extraordinary promise, but, like other medicines, they also need to be given at the right time and to the right patients,” says Steve Lin, Ph.D., senior science officer at the California Institute for Regenerative Medicine, which partially funded the research. “This study suggests that a readily available technique, MRI—which is already used in many brain injuries to determine the extent of neurological damage—may be a useful tool to determine who will or will not benefit from neural stem treatment."

Snyder, a neonatologist and pediatric neurologist, has long envisioned using human neural stem cells to protect newborns with acute perinatal HII from brain damage. He and his colleagues made the discovery that MRI could be used as an objective, quantifiable, readily available basis for inclusion and exclusion criteria for this treatment while engaged in preclinical studies required prior to starting human clinical trials for babies with HII. This birth injury affects two to four newborns out of every 1,000 babies born in the U.S. and is attributable to a number of complications, including umbilical cord compression, disrupted maternal blood pressure and maternal infection. “My hope is that human neural stem cells can help rescue enough injured and vulnerable—though not dead—neural cells,” explains Snyder. “This could help prevent the most severely affected infants from developing cerebral palsy, epilepsy, intellectual disability or other neurological disorders that often arise after HII if left untreated.”

In the study, the scientists used MRI to measure two areas surrounding the regions of HII brain injury in rats: the penumbra, a region that consists of mildly injured, “stunned” neurons; and the core, an area that consists of dead neurons. They found that rats with a larger penumbra and smaller core that received human neural stem cells had better neurological outcomes—including improved memory—demonstrated by the ability to swim to a hidden platform (Morris Water Maze test), and a greater willingness to venture into a brightly lit area (open field test). In these rats, the penumbra—to which the neural stem cells homed avidly—became normal tissue (based on MRI and histological standards), while the core remained unimproved and attracted few cells. Penumbra that did not receive cells became part of the core, populated by dead neurons—indicating the benefit of the stem cell treatment.

“This approach to brain lesion classification is a powerful patient stratification tool that allows us to identify newborns who may benefit from this stem cell therapy—and protect others from undergoing unnecessary treatment,” says Snyder. “Based on our findings, only newborns with a large penumbral volume in relation to core volume should receive a transplant of human neural stem cells. Equally important, newborns so severely injured that only a core is present, or babies with such a mild case of HII that not even a penumbra is present, should not receive human neural stem cells, as the treatment is unlikely to be impactful.”

Brain activity may help predict success of CBT in depression

In a new study, led by the University of Glasgow, scientists show that brain activity recorded using functional magnetic resonance imaging (fMRI) may help predict response to CBT in depression before…

How living in outer space effects the eyesight

Researchers have studied the Spaceflight-Associated Neuro-Ocular Syndrome (SANS). For that they compared brain scans before and after spaceflight.