The study also showed that biennial, rather than annual, screening mammograms, as well as beginning at age 50 instead of 40 or 45, make these procedures safer for all women. The research was published today in the Annals of Internal Medicine.

"For most women, the risks are very low," said Diana Miglioretti, professor of Biostatistics at UC Davis School of Medicine, senior investigator at Group Health Research Institute in Seattle and first author on the study. "The one group I worry about is women with very large breasts who choose to be screened annually from ages 40 to 74. Most screening mammograms are two views per breast. Some women with large breasts need more than four views for a complete screening examination, increasing their exposure to ionizing radiation. In addition, the dose per view increases with compressed breast thickness, further increasing exposure."

Unfortunately, the risks associated with screening mammography increased when the team focused on women with large breasts, who received 2.3 times more radiation than women with smaller breasts. These larger doses put them at risk for approximately 57 cases of breast cancer and 10 radiation-induced breast cancer deaths (per 100,000 women screened biennially, ages 50 to 74). Though not specifically addressed in the study, women with breast implants may also be at higher risk because they receive twice as many screening mammography views, doubling their radiation exposure and radiation-induced breast cancer risk.

In addition, the study found that false positives, which may require follow-up diagnostic mammograms and associated radiation, increased breast cancer risk. However, again, the risk varied with different groups.

To project these risks, the team used two different simulation models. The probability of additional workups, and types of workups, were based on estimates from the Breast Cancer Surveillance Consortium, a collaboration of six breast imaging registries across the U.S., which contains the nation's largest collection of breast imaging information. Radiation doses were based on estimates from the American College of Radiology Imaging Network (ACRIN) Digital Mammography Imaging Screening Study, a large clinical trial that compared digital to film screening mammography.

From there, they used the preferred published model of breast cancer risk from radiation exposure to project the number of radiation-induced breast cancers. The study modeled eight screening scenarios that differed by starting age and screening interval: annual or biennial screening from ages 40 to 74, 45 to 74, or 50 to 74; and two hybrid strategies: annual starting at age 40 or 45 and biennial from age 50 to 74. For most women, biennial mammograms starting at age 50 may be the best choice.

"For the majority of women, screening mammography is very safe," said Miglioretti. "And if you screen every other year between 50 and 74, that makes it safest."

While the study identifies women with large breasts at higher risk of radiation-induced cancer, new technologies may help mitigate that danger. For example, larger detectors can image women with very large breasts with fewer views and less radiation. In addition, tomosynthesis, which provides 3D-like views, may also lessen exposure from diagnostic workups if early evidence of reduced false-positives holds up in larger studies.

"Early evidence suggests that tomosynthesis may be a promising tool for women with dense breasts that may reduce false positives," said Christoph Lee, associate professor of radiology at the University of Washington School of Medicine, who contributed to the study.

However, to reduce radiation exposure, it is important that tomosynthesis be used with synthetic 2D views instead of being done in addition to 2D digital mammography, Lee said. Otherwise, radiation exposure from the screening exam, and radiation-induced breast cancer risk, is more than doubled. The synthetic 2D images, however, are currently not widely used.

The authors emphasize that mammograms are extremely safe and their benefits overwhelmingly exceed the radiation risk. They hope this study will help open a conversation between women and their providers.

"Women need to have a dialogue with their primary care providers about when to start screening, when to stop screening and how often to screen based on their personal values and the potential benefits and harms associated with each scenario," said Lee. "It's a really an important step."

AI does not discriminate

Tomosynthesis is under international review, with a surprising number of enticing studies carried out in Northern European countries, among them one headed by Professor Sophia Zackrisson at Lund… 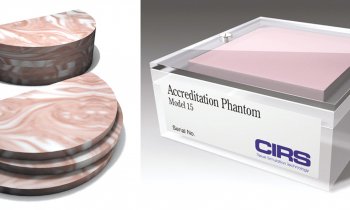