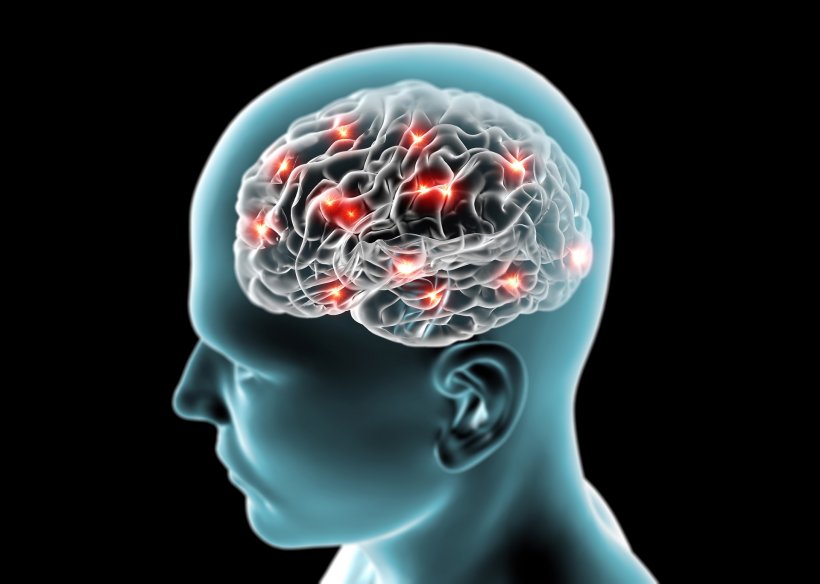 Scientists from several National Institutes of Health-funded institutions, in collaboration with international peers, described the newly-named pathway to dementia, Limbic-predominant Age-related TDP-43 Encephalopathy, or LATE, in a report published in the journal Brain. “While we’ve certainly been making advances in Alzheimer’s disease research—such as new biomarker and genetic discoveries—we are still at times asking, 'When is Alzheimer’s disease not Alzheimer’s disease in older adults?'” said Richard J. Hodes, M.D., director of the National Institute on Aging (NIA), part of the NIH. “The guidance provided in this report, including the definition of LATE, is a crucial step toward increasing awareness and advancing research for both this disease and Alzheimer’s as well.”

Until now, neurologists were largely convinced that having a higher level of education would build some kind of protective barrier against neurodegenerative diseases like Alzheimer's. But a new study finds that education does not play a role in when the disease starts or how fast it progresses. The study was published in the online issue of Neurology, the medical journal of the American Academy…

Alzheimer’s is the most common form of dementia, which is the loss of cognitive functions—thinking, remembering, and reasoning—and every-day behavioral abilities. In the past, Alzheimer’s and dementia were often considered to be the same. Now there is rising appreciation that a variety of diseases and disease processes contribute to dementia. Each of these diseases appear differently when a brain sample is examined at autopsy. However, it has been increasingly clear that in advanced age, a large number of people had symptoms of dementia without the telltale signs in their brain at autopsy. Emerging research seems to indicate that the protein TDP-43—though not a stand-alone explanation— contributes to that phenomenon.

TDP-43 (transactive response DNA binding protein of 43 kDa) is a protein that normally helps to regulate gene expression in the brain and other tissues. Prior studies found that unusually misfolded TDP-43 has a causative role in most cases of amyotrophic lateral sclerosis and frontotemporal lobar degeneration. However, these are relatively uncommon diseases. A significant new development seen in recent research is that misfolded TDP-43 protein is very common in older adults. Roughly 25 percent of individuals over 85 years of age have enough misfolded TDP-43 protein to affect their memory and/or thinking abilities.

TDP-43 pathology is also commonly associated with hippocampal sclerosis, the severe shrinkage of the hippocampal region of the brain—the part of the brain that deals with learning and memory. Hippocampal sclerosis and its clinical symptoms of cognitive impairment can be very similar to the effects of Alzheimer’s. “Recent research and clinical trials in Alzheimer’s disease have taught us two things: First, not all of the people we thought had Alzheimer’s have it; second, it is very important to understand the other contributors to dementia,” said Nina Silverberg, Ph.D., director of the Alzheimer’s Disease Centers Program at NIA. In the past many people who enrolled in clinical trials likely were not positive for amyloid. “Noting the trend in research implicating TDP-43 as a possible Alzheimer’s mimic, a group of experts convened a workshop to provide a starting point for further research that will advance our understanding of another contributor to late life brain changes,” Silverberg explained. In addition to U.S. scientists, experts included researchers from Australia, Austria, Sweden, Japan, and the United Kingdom with expertise in clinical diagnosis, neuropathology, genetics, neuropsychology and brain imaging.

Supported by NIA, the workshop was held Oct. 17 and 18, 2018, in Atlanta, and co-chaired by Dr. Silverberg and Peter Nelson, M.D., Ph.D., from the University of Kentucky, Lexington, the lead author on the paper. As published in the report, outcomes included classification guidelines for diagnosis and staging of LATE as well as recommendations for future research directions.

Seeking leaks in the blood-brain barrier

‘With our new MRI method, we can finally visualise tiny leaks in the blood-brain barrier. They shed light on the vascular contribution to dementia and may indicate Alzheimer’s disease. However, the MRI scan is only a tool to diagnose cerebrovascular damage. We have not yet found a cure for Alzheimer’s,’ confirms Walter H Backes, medical physicist and professor at Maastricht University…

The authors wrote that LATE is an under-recognized condition with a very large impact on public health. They emphasized that the “oldest-old” are at greatest risk and importantly, they believe that the public health impact of LATE is at least as large as Alzheimer’s in this group.

The clinical and neurocognitive features of LATE affect multiple areas of cognition, ultimately impairing activities of daily life. Additionally, based on existing research, the authors suggested that LATE progresses more gradually than Alzheimer’s. However, LATE combined with Alzheimer’s—which is common for these two highly prevalent brain diseases—appears to cause a more rapid decline than either would alone. “It is important to note that the disease itself is not new. LATE has been there all along, but we hope this report will enable more rapid advancement in research to help us better understand the causes and open new opportunities for treatment,” said Dr. Silverberg.

LATE and TDP-43 also were featured as emerging scientific topics at the recent Alzheimer’s Disease-Related Dementias Summit 2019, at which presenters foreshadowed research priorities covered in the Brain report.

A key recommendation was for routine autopsy evaluation and classification of LATE. The researchers suggest the autopsy diagnosis be in three stages, according to where in the brain TDP-43 is detected:

Additional recommendations include highlighting the great need for the development of biomarkers, further pathological studies, and the generation of new animal models. Suggestions were provided for possible strategies to help guide future therapeutic interventions, including the importance of removing subjects with LATE from other clinical trials, which could significantly improve the chances of successful Alzheimer’s breakthroughs. The researchers also discussed the importance of more epidemiological, clinical, neuroimaging and genetic studies to better characterize LATE, and the need for research in diverse populations. “It can’t be emphasized enough that this research wouldn’t have gotten this far—and can’t go further—without those who are willing to donate brain tissue after death,” said Dr. Hodes. “We are grateful for organ donors and their families, as well as all clinical trial participants, who truly are crucial to furthering discoveries that can lead to treatments and cures.”