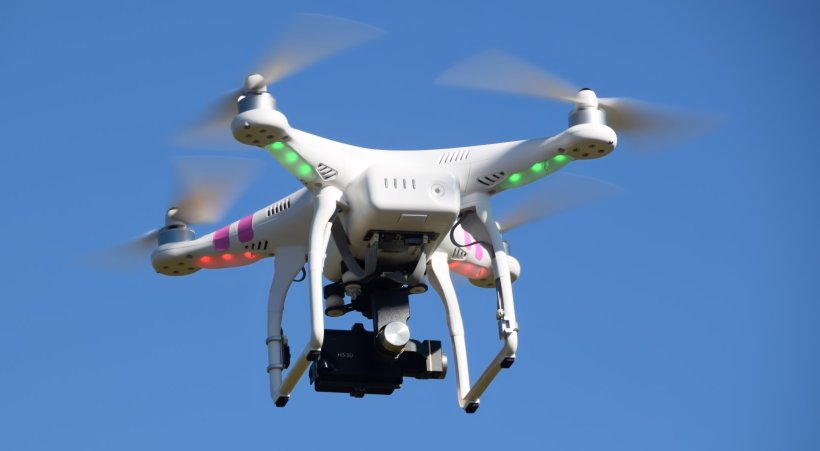 The coronavirus pandemic showed that a key part of controlling the spread of a contagious disease is to quickly and accurately identify who has been infected. This allows for distancing and quarantining of infectious people to reduce transmission. At the same time, it is important to limit contact between people who need to be tested, others seeking diagnosis and health care workers administering tests. Home test kits have made it possible for people to get an accurate diagnosis without coming into contact with others but getting tests to people who need them can be a challenge, something drone deliveries could overcome.

Covid-19 diagnostic tests that use a polymerase chain reaction (PCR) technique are highly accurate but take hours to process, and it can sometimes take days for patients to get results back. In contrast, faster antigen-based tests can give results in as little as 15 to 30 minutes. Home antigen test kits allow people who suspect they may have Covid-19 to test themselves at home, which can limit exposure to other patients at testing sites as well as health care workers administering tests. Getting faster results while minimizing exposure to other people is a one way to further limit the spread of the disease.

In a new article published in the Journal of Intelligent & Robotic Systems, Murray Côté, associate professor at the Texas A&M School of Public Health, and colleagues from the University of Houston developed a new technique for scheduling the delivery of Covid-19 diagnostic tests using a truck to dispatch the drones and drones to deliver the tests. The researchers tested various scenarios to better understand the capability of their approach.

A Swiss hospital group is using drones to fly medical laboratory specimens between its key centres. In what is believed to be a world first, the eight-hospital Ticino EOC organisation has partnered with Swiss Post and US drone manufacturer Matternet to spearhead faster, more efficient specimens transport.

Côté and colleagues’ approach examine their problem as separate truck and drone components. First, they optimize the truck schedule to minimize travel distance and then focus on minimizing drone delivery time. The first stage of their proposed method works to find a feasible set of truck and drone routes. The second stage uses a heuristic algorithm that tries different combinations of routes to find improvements to their initial solution.

Using a real-world scenario, they were able to find a good routing schedule within approximately one hour of computing time. The researchers then developed a way of showing their method’s effectiveness based on the total time needed to complete the deliveries, the number of people involved in the process and the virus transmission rate compared to face-to-face testing. They found that the proposed truck and drone delivery method could reduce transmission during testing by a factor of 7.5. For example, if the rate of transmission was 100 per day, the proposed research has the potential to reduce this rate to 13.3 per day.

Their study demonstrated the effectiveness of the proposed delivery scheduling method, which could also be used in other applications such as testing of other infectious diseases like influenza. The researchers also note that their model could be used for both rural areas, where patients are spread over long distances, and urban areas, where many patients live in a single region. Another future direction the researchers note is investigating how driving restrictions like speed limits, traffic lights and traffic congestion influence truck and drone scheduling methods.

The coronavirus pandemic is a huge challenge for global public health and welfare. Decentralized, affordable POC MDx platforms would allow more effective control of SARS-CoV-2 and other infections.

The prototype device combines eRapid and SHERLOCK technologies into a single, postcard-sized system that can simultaneously detect the presence of both SARS-CoV-2 RNA and antibodies in a patient’s…