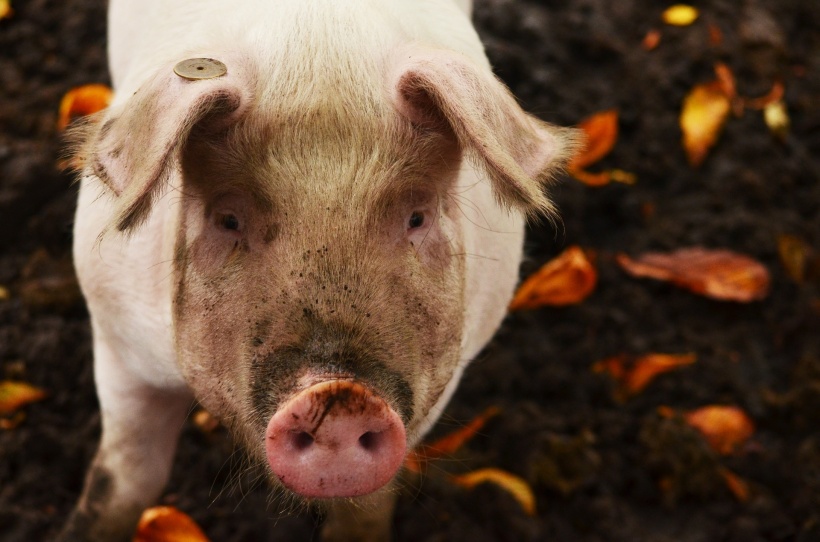 A recently identified pig virus can readily find its way into laboratory-cultured cells of people and other species, a discovery that raises concerns about the potential for outbreaks that threaten human and animal health. Researchers at The Ohio State University and Utrecht University in the Netherlands collaborated to better understand the new virus and its potential reach. Their study, the first to point to possible transmission of this virus between species, appears online in the journal PNAS.

Porcine deltacoronavirus was first identified in 2012 in pigs in China, but it was not associated with disease. It was first detected in the United States in 2014 during a diarrhea outbreak in Ohio pigs and has since been detected in various countries. Young, infected pigs experience acute diarrhea and vomiting. The disease can be fatal. As of yet, no human cases have been documented, but scientists are concerned about the possibility.

“Before it was found in pigs – including in the Ohio outbreak – it had only been found in various birds,” said study senior author Linda Saif, an investigator in Ohio State’s Food Animal Health Research Program at the Ohio Agricultural Research and Development Center (OARDC), in Wooster. “We’re very concerned about emerging coronaviruses and worry about the harm they can do to animals and their potential to jump to humans,” said Saif, a distinguished university professor of veterinary preventive medicine. Emergence of the new virus is especially worrisome to veterinary and public-health experts because of its similarity to the life-threating viruses responsible for SARS (severe acute respiratory syndrome) and MERS (Middle East respiratory syndrome) outbreaks.

The potential for a virus to jump from one species to another is highly dependent on its ability to bind to receptors on the cells of the animal or human, said lead researcher Scott Kenney, an assistant professor of veterinary preventive medicine based in the Food Animal Health Research Program at OARDC. “A receptor is like a lock in the door. If the virus can pick the lock, it can get into the cell and potentially infect the host,” he said.

This study looked at a particular cellular receptor called aminopeptidase N that the researchers suspected might be involved. “We know from other coronaviruses that these receptors on the cells are used and that they’re found in the respiratory and digestive tracts of a number of different animals,” Kenney said. “Now we know that this new virus could go into cells of different species, including humans.” Saif said it’s important to recognize that, for now, the only known infection in humans and other species is in the laboratory, using cultured cells.

Their investigation confirmed that the virus could bind to the receptor in pigs, which was not a big surprise. But it also was able to bind to the receptor in human cells, and to cells from cats and chickens. “From that point, it’s just a matter of whether it can replicate within the cells and cause disease in those animals and humans,” Kenney said. Added Saif, “This doesn’t prove that this virus can infect and cause disease in these other species, but that’s something we obviously want to know.” She said the next step in understanding this virus and its potential for human infection will be a study looking for antibodies in the blood that would serve as evidence that the pig virus has already infected people. “We now know for sure that porcine deltacoronavirus can bind to and enter cells of humans and birds. Our next step is to look at susceptibility – can sick pigs transmit their virus to chickens, or vice versa, and to humans?” Saif said.

In 2002 and 2003, a SARS outbreak that began in China was linked to more than 8,000 cases and 774 deaths in 37 countries, according to the World Health Organization. Scientists have since discovered that SARS originated in bats before spreading to people. An ongoing MERS outbreak in Saudi Arabia has led to more than 1,800 cases and more than 700 deaths, according to the WHO. The virus has been found in camels, and some of the infected people have had close contact with the animals.