In recent years, a lot of effort has been put on developing biomarkers in blood that could potentially help to diagnose and monitor Alzheimer’s disease (AD). Tau – one of the main proteins involved in AD pathology – has been the focus of extensive research in the biomarker field. The new blood-based phosphorylated tau markers for AD that have appeared in the last couple of years have proven that it is possible to have an accessible and effective test to screen patients with suspected Alzheimer’s disease. However, measuring brain proteins in blood is a major challenge even with current technologies. Scientists at the University of Gothenburg and their industry partners engineered a novel antibody that specifically targets tau isoforms originating from the brain, by taking advantage of the architectural differences in the structure of tau protein found in the brain versus peripheral sources.

The researchers published their findings in the journal Brain.

Authors of the current study: Kaj Blennow, Fernando Gonzales, Thomas Karikari and Henrik Zetterberg, Institute of Neuroscience and Physiology, Sahlgrenska Academy at the University of Gothenburg.

This breakthrough has allowed them to develop a new blood test that specifically and selectively measures non-phosphorylated tau coming from the brain into the bloodstream. This innovation addresses an urgent unmet need; a blood test that tracks neurodegenerative changes specifically in Alzheimer’s disease but not in other dementias. The new brain derived tau (BD-tau) assay showed robust and stable technical performances in blood. Clinically, there were strong correlations between BD-tau levels in blood and CSF, indicating that the assay was measuring brain tau. Thanks to a collaboration between Italy, USA, and Sweden, they measured BD-tau levels in blood samples from 609 patients.

In a cohort of individuals who had received autopsy-verified diagnosis, plasma BD-tau showed to be a marker of neurodegeneration that differentiated Alzheimer’s disease from non-Alzheimer dementias. Remarkably, plasma BD-tau, but not neurofilament light (NfL), correlated with amyloid plaque and tau tangle loads in the brains of these individuals, further showing its specificity to Alzheimer’s disease.

To demonstrate the clinical utility of these results, the researchers studied two separate memory clinic cohorts where the participants had been given a diagnosis of Alzheimer’s disease, other dementias or controls. Again, plasma BD-tau had a high accuracy to differentiate Alzheimer’s disease from other dementias, also outperforming plasma NfL. The results show that plasma BD-tau is a new blood-based biomarker that can distinguish between AD and other type of dementias, and unlike other blood-based biomarkers like NfL, BD-tau uniquely reflects the extent of neurodegeneration in patients with Alzheimer’s disease.

Ten years ago, the National Institutes on Aging and the Alzheimer’s Association of the USA proposed a framework to identify and stage the progress of Alzheimer’s disease using biological evidence. This framework, referred to as the AT(N) model, focuses on biomarkers of amyloid (A), tau (T), and neurodegeneration (N), and it has been authenticated using cerebrospinal fluid (CSF) and neuroimaging biomarkers. The CSF AT(N) markers include amyloid-beta (Aβ42/40), phosphorylated-tau (p-tau), and total tau. However, it has not been possible to fully implement the AT(N) system using blood biomarkers. This is because an N marker that shows specificity to Alzheimer pathophysiology is lacking. Plasma BD-tau allows to complete the AT(N) scheme in blood as a true neurodegeneration marker that is specific to Alzheimer-type pathology.

From a research perspective BD-tau will be useful to understand neurodegenerative processes in Alzheimer’s disease and how these differ from those in other dementias. From a clinical perspective, BD-tau could easily be implemented as a quick and accessible blood test to diagnose and monitor disease progression in patients with AD.

Researchers from Japan have developed a method to detect build-up of amyloid β in the brain, a characteristic of Alzheimer’s disease, from biomarkers in blood samples. 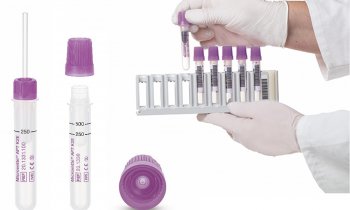 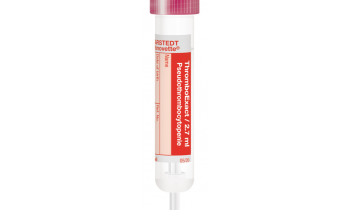