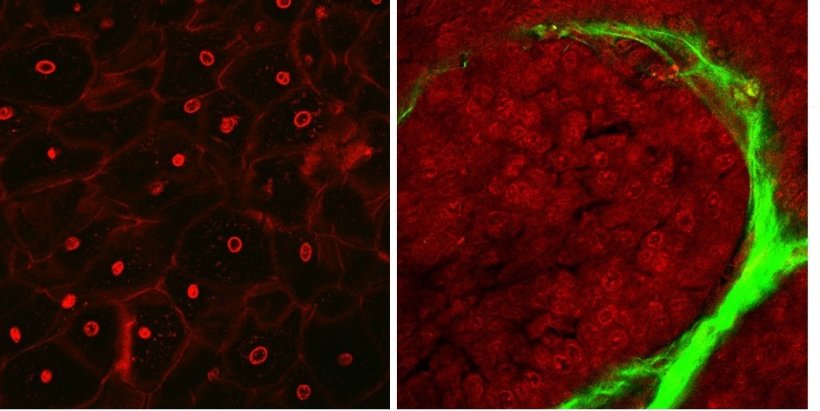 Histopathological analysis, or the investigation of tissue biopsies, is the cornerstone of cancer diagnosis. First, multiple specimens from different tissue locations are biopsied. These specimens are then sent to a pathologist, who will stain the tissues for molecules of interest to determine whether cancerous cells are present. Although an established process, it can be particularly invasive, as a sufficient number of biopsies from multiple locations within the same organ are necessary to increase the chances of catching the potential cancer—which is not always possible for certain organs like the lungs, pancreas and uterus. Suspected cervical cancer is even a contraindication for biopsy acquisition. Another major downside of this process is the slow turnaround time, owing to the complexity of tissue acquisition, histopathological preparation, evaluation and preparation of the report.

“Time is of the essence when it comes to cancer,” says corresponding author of the study Masaru Ishii. “The goal of our study was to develop a novel technique that can provide a cancer diagnosis in real-time using the obtained tissues only, without further histopathological preparation.”

To achieve their goal, the researchers focused on cervical cancer, the fourth most common type of cancer in women. They obtained biopsies from healthy patients and patients with cervical cancer, and imaged them right away with their imaging system that uses near-infrared light to scan the tissues. An additional feature of this imaging system is its ability to not only scan tissues in two dimensions, as it is done conventionally, but also in three dimensions, thus obtaining a full picture of the tissues. The researchers found that the nuclei, compartments within cells that contain the DNA, had an irregular shape in cancerous tissue. By leveraging this finding and analyzing it using a machine learning algorithm, the researchers were able to set up a quantitative approach to classify tissues into normal and cancerous based on nuclear shape. Going a step further, the researchers developed an additional classification algorithm that takes the amount of connective tissue in the biopsies into account when deciding whether the tissue is healthy or diseased. 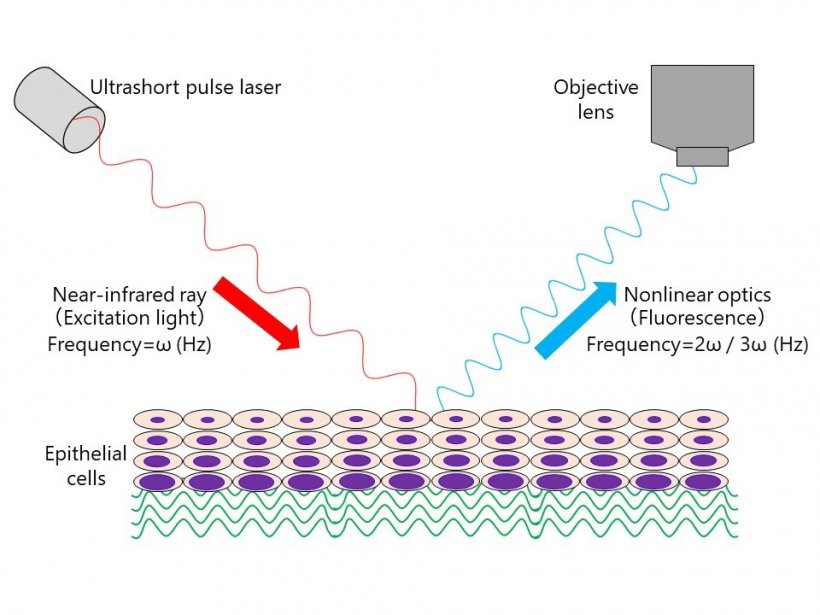 But did this imaging system improve the diagnosis of cervical cancer? To verify the accuracy of the imaging results, the researchers sent the specimen to pathologists who then did a conventional histopathological analysis of the biopsies and found a significant overlap between both approaches. Employing both newly developed classification algorithms even enabled the differentiation between invasive cancer and so-called cervical intraepithelial neoplasia, a precursor to invasive cancer detected by collecting cervical cells with Pap smears. Taken together, this novel imaging method enabled tissues to be visualized in three-dimensions and to be analyzed for cancer without extensive tissue preparation.

“These are striking results that show how the combination of our technique with image analysis using artificial intelligence enables the less-invasive, quick and quantitative detection of cervical cancer compared to the conventional approach,” says Ishii. “Our imaging system could help develop novel medical devices as an improved approach for the diagnosis of cancers.”

After excitation with a near-infrared ray, with its high tissue permeability, fluorescence generated by nonlinear optics is detected. Therefore, it is possible to three-dimensionally observe deep portions of living tissue that have not been fixed or stained.

Visualization in real time is possible without multiple steps such as biopsy, fixation, sectioning, and staining. Also, since the data is obtained as digital images, it is easy to access artificial intelligence immediately, as well as to perform quantitative image classification.

Clinical management of soft tissue sarcoma is particularly challenging. Dr Sebastian Foersch, researcher at the Institute of Pathology at the University Medical Center in Mainz, Germany, has used a…

Liquid biopsy: the ‘next frontier’ for cancer detection?